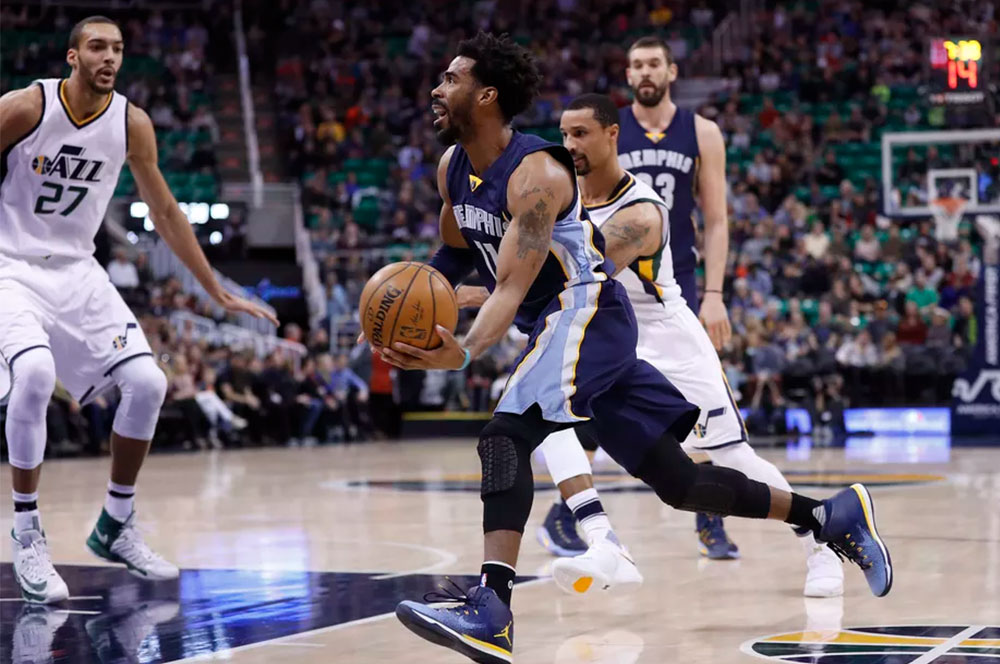 Memphis played exceptionally well in Utah as Zach Randolph led the Grizzlies to a big victory over a team ahead of them in the wild Western Conference.

The Memphis Grizzlies picked up a huge win for playoff seeding and their psyches as they defeated the Utah Jazz 102-95 Saturday night in Salt Lake City.

The first quarter was actually a pretty well played 12 minutes of basketball by both teams. There is a reason that so many liked the Utah Jazz in the preseason as a team to watch in the Western Conference- their mix of veteran players and a young, talented core is dangerous when clicking. They were doing just that in the first quarter- George Hill was 4-5 shooting, scoring nine points, to lead the Jazz to a 52.9% shooting quarter. But Mike Conley had seven points on 2-3 shooting, and the Grizzlies were 10-19 from the field in the opening frame themselves.

As mentioned above, Zach continued to play remarkably well, especially considering Rudy Gobert began defending him in the post. Gobert, a long, athletic big, is usually exactly who gives Zach fits and gets him frustrated. But Randolph was impressive, as was Marc Gasol, who scored 12 points in the third quarter. The Jazz finished the quarter well, especially including a desperation three-point make by Rodney Hood almost at the buzzer, and were within six points at the end of three quarters as Utah outscored Memphis 31-28 in the frame.

Rodney Hood kept Utah hanging around at the beginning of the fourth, but Zach Randolph led the Grizzlies in keeping the Jazz at bay. Memphis was not defending perfectly- they fouled far too often, which is par for the course at this point for the Grizzlies- but they were doing enough to make Utah’s life difficult while scoring the ball at a steady clip to keep their lead.

Utah got the score within three, and then Mike Conley scored seven consecutive points for Memphis to slow the run of the Jazz again. Every time Utah got close, the Grizzlies had a response. The Jazz were game, but Memphis made more plays tonight and earned the hard-fought win behind remarkable performances by Zach Randolph and Mike Conley.