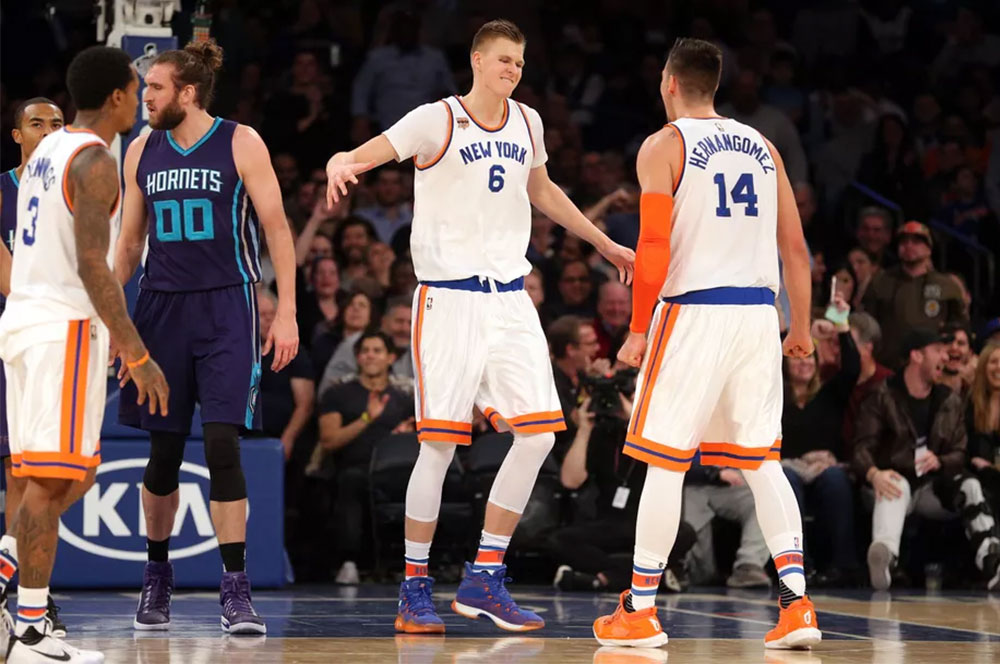 That was unexpected! Seemed like the Knicks were headed for yet another loss at home to a fairly mediocre team, but Courtney Lee picked the team up off the floor midway through the fourth and basically dragged our boys to a win. It was fun to watch! Let’s get right to the highlights.

Kristaps Porzingis started the game off scorching hot, scoring 10 of the Knicks’ first 12 points on 4/4 shooting.

New York wasn’t able to build a legitimate lead, however, as Carmelo Anthony and Derrick Rose both played poorly in the first half.

The Knicks opened up an 11-point lead with about 3 minutes remaining in the half, but shitty defense allowed the Hornets to cut it to 3 by the end of the quarter.

Melo picked it up a bit in the third quarter, but it wasn’t enough to keep the Knicks in front, as Charlotte held a 5-point lead heading into the fourth.

So, yeah, things didn’t look too great for the Knicks. Derrick Rose left in the third after injuring his ankle and was ruled out for the game; Brandon Jennings got hot for a spell, but then immediately reverted to awful Jennings mode. The deficit never got too large, but regardless, it seemed like New York would lay down and let Charlotte cruise to a win.

Then Courtney Lee took over. Lee contributed 9 points and an assist in the final 4 and a half minutes of the game, which, along with his usual solid defense, almost single-handedly put the Knicks ahead. Unbelievably, I couldn’t find a single highlight from Lee’s scoring binge, so you’ll all have to settle for his celebration after he assisted Jennings on a corner 3 that pretty much locked up the win.

Pump that fist, Courtney. You deserve it.