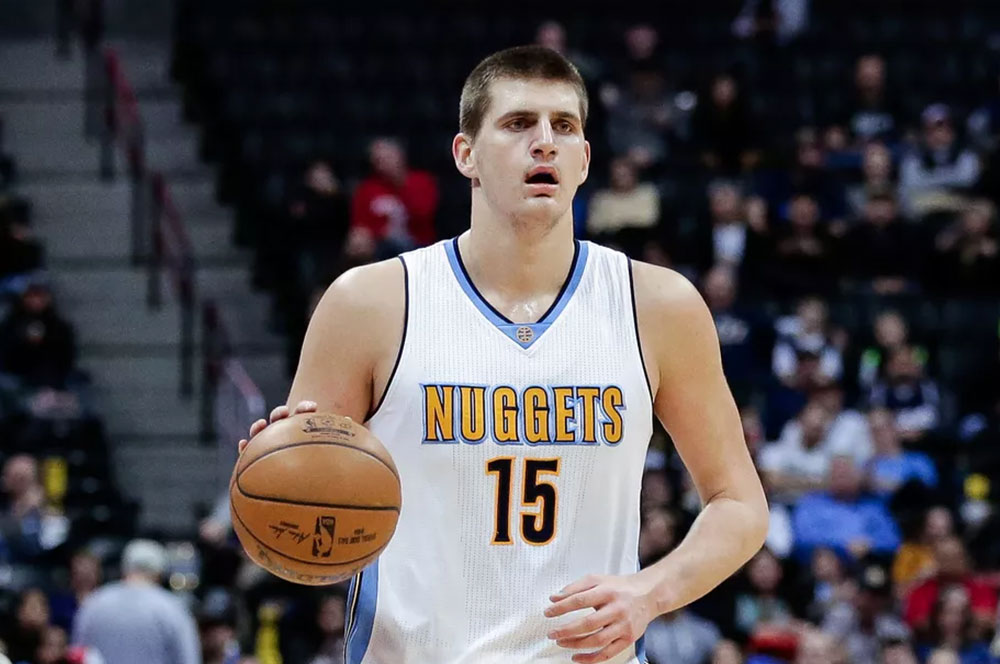 Young Denver star Nikola Jokic suffered an apparent hip injury in the waning minutes of their victory. His current status is unknown.

Update: Per the Denver Nuggets, Nikola Jokic suffered a left hip strain. X-rays are negative and he will go for an MRI tomorrow.

The Nuggets came out of the gate with low defensive energy but still displayed enough offensive prowess to put the Phoenix Suns away 127-120, but the story of the night happened in the last two minutes. Jokic went down from an apparent non-contact hip injury and had to limp back to the locker room. No status has been given at this time, but Denver’s hopes for the season rest on his shoulders and a serious injury would be devastating.

Prior to the injury, Jokic put up 29 points, 14 rebounds and 8 assists on Phoenix, who could not slow him down any more than Denver could slow the Phoenix guards. Eric Bledsoe had 28, Devin Booker added 24 and Brandon Knight tossed in 17, but Denver’s firepower was just too much in the end. Jameer Nelson played the entire second half (and 42 minutes overall) with good passing and some clutch shots while Danilo Gallinari had a great game with 25 points and 7 rebounds, but Jokic is the major story bar none.

Jokic started off with the first six points for Denver, then Gallinari backed down Warren for another bucket. The Suns came out with some good long-distance shooting but Jameer Nelson's three put the Nuggets up 11-8 early. Denver could not put any distance between them and the Suns, though, leaving it tied at 15. Faried's early rebounding and putbacks were crucial, and Denver's all-around hustle drew lots of fouls. Gallo's deep 3 made it 21-17 halfway through the first.

The two teams exchanged some awkward missed shots and random floaters for the next few minutes, but a dunk from Gallinari and a three from Chandler helped Denver close the quarter. Murray snagged a couple of free-throws and Denver got out of the first with just a 6 point lead at 35-29, despite out-rebounding the Suns 13-4 and making 9 free throws.

The Suns started the second quarter small as did Denver who ran out a 3-guard lineup with Darrell Arthur at center, and Barton jammed home a two-hander to start. The defense was just as poor regardless of the rotation, though. After a couple of terrible turnovers the Suns drove the basket at will to tie the game at 37. Arthur's 3 and a driving layup by Murray couldn't get much space and the Suns were much more active on defense and finally retook the lead at 43-42 with a layup line.

Malone brought a contingent of starters back in with just over 6 minutes to go. Nelson and Barton hit some nice long shots but nothing they did slowed Phoenix. It was 58-53 Suns with 3 minutes to go in the half. 24-38 (13-18 in the 2nd). Denver committed a 24 second violation (after a timeout), Barton threw a no-look pass out of bounds, and Denver went into halftime trailing 61-57 while the Pepsi Center sounded like a tomb.

The Suns refused to miss shots, however, and Booker's 20th point put the Suns up 87-82. Denver fought back with some good team play, and Darrell Arthur's 3 with less than a minute to go and Jameer's floater at the buzzer (along with a blizzard of free throws for the home team) helped Denver get out of the third with the lead, 96-92.

And then the bench came on. Malone left Malone and Faried on the floor rather than going full bench, and Eric Bledsoe started the quarter with a monster slam for Phoenix. T.J. Warren hit a three to draw Phoenix within two and Denver's reach-and-foul defense made sure Phoenix would be in the bonus for most of the final frame. Bledsoe's 3 tied it at 105 as the bench went cold.

But Denver could not stop Phoenix's guards and wings any more than the Suns could slow Jokic. Still, Denver's willingness to get to the line, Jokic's ridiculous offense and Jameer's foot-on-the-line long 2 with 2 minutes left put Denver up 7 at 123-116.

But at 125-118, the whole complexion of the game - and Denver's season - changed when Jokic crashed to the floor, writhing in pain. He hobbled slowly straight back to the locker room, carrying Denver’s season-hopes with him.

The Nuggets hustled for rebounds and got a steal in the last minute, forcing Phoenix to foul and Gallinari closed it out for a 127-120 victory. The Nuggets won the battle but how injured Jokic is will determine the status of the season-long war.

Start praying, Nuggets fans, but there is hope.