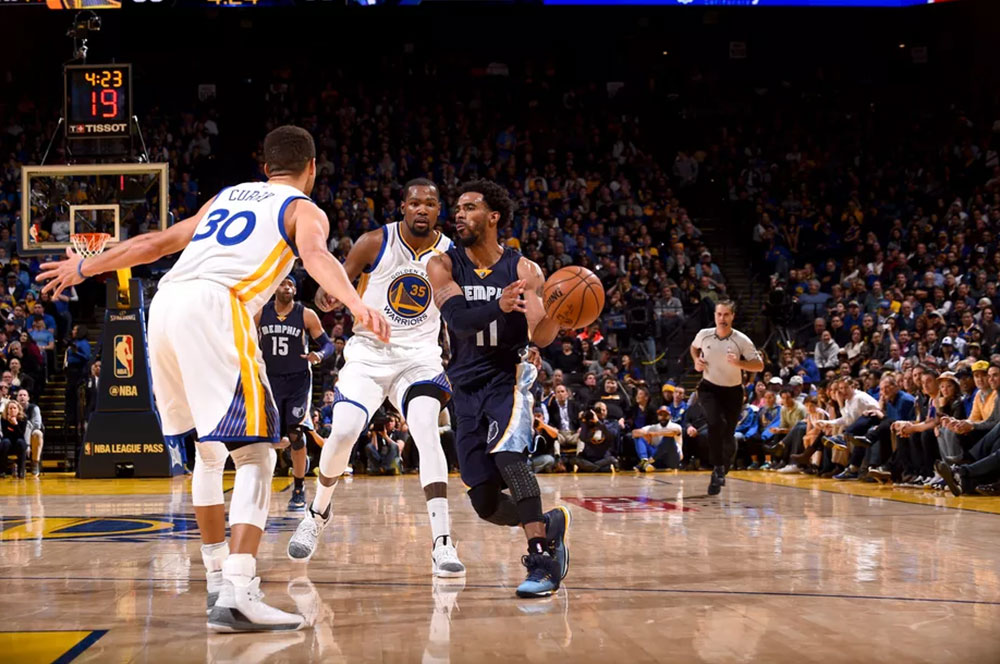 Despite a fantastic first three quarters, Golden State collapsed late in the game, allowing Memphis to come back and win big.

A tale of two games

This one is still hard to process. The Golden State Warriors lost to the Memphis Grizzlies 119-128. But they played beautifully and sharply in the first three quarters, leading by as much as 24 points. It felt all but over as the Warriors started the fourth quarter up 98-79, then it all fell apart.

Let’s start with the positives.

There has been plenty of talk about how Stephen Curry has fallen off this season, but tonight he looked poised to prove everyone wrong. He scored 40 points on the night and really owned the third quarter, scoring 17 with four 3-point shots, including a 4-point play.

This was all after he dominated at the rim early in the game. with five beautiful layups in the first quarter.

This game wasn’t all bad. It featured two buzzer-beaters, neither of which were courtesy of Curry. Kevin Durant closed out the first quarter and Klay Thompson the half. Durant had 27 points, 13 rebounds and three blocks. The first three quarters of this game were really fun, I swear!

Then the fourth quarter started. After having been up by a high of 24 points mid-way through the third quarter, the Grizzlies had gotten it within 11 and they just kept rolling. The Warriors’ only points in the first eight and a half minutes of the quarter came on free throws, and they weren’t even consistent at that, missing seven of their 16 shots. Meanwhile the Grizzlies were fired up, outscoring the Warriors 32-13 to force the game into overtime.

Memphis came out strong in overtime as well, and the Warriors were sloppy. Draymond Green did his best to keep them in the game but ultimately fouled out before the Grizzlies won it by nine points.

Ultimately, despite the impressive numbers of Curry and Durant, the Grizzlies’ combination of Marc Gasol (23pts), Mike Conley (27pts) and Zach Randolph (27pts) were too much for them in the end, with the rest of the Warriors having a fairly underwhelming night in comparison.