Lakers vs. Heat Final Score: Tempers heat up but Lakers too hot for Miami in 127-100 victory
NBA 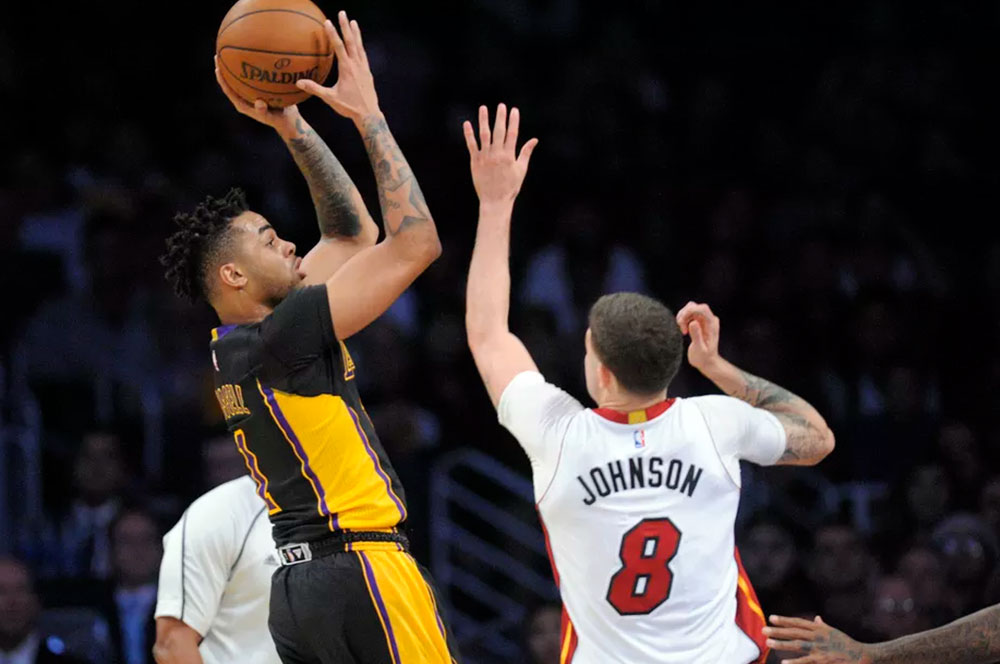 The Heat caught those Lakers hands.

The Los Angeles Lakers were too hot for the Miami Heat, scorching them in a 126-100 victory. Brandon Ingram had a great game, tying a career-high in scoring with 17 points along with four pretty dimes and six rebounds. The big story might have been Luol Deng’s revenge game with 19 points, but Jordan Clarkson and Goran Dragic getting ejected for fighting is definitely your lede for the night.

Maybe it should be all about Ingram, though, who stood out through the entire game. Whether he was hitting a pretty turnaround jumper, fluttering a leaf up to his fellow trees to bring crashing down to the earth or slicing and dicing his way to the rim, Ingram was impressive. His toolkit was on full display, even in its infancy stages.

Clarkson found himself in a shoving match with Dragic in the third quarter, ending with Goran on the floor, Jordan squared up ready for a fight and ejections for both players. The Lakers didn’t let it distract from the good roll they were on, while the Heat definitely felt the absence of Dragic as the game went on. Kudos to everyone keeping their cools after a pretty dramatic blowup, then keeping things civil the rest of the way.

Lou Williams scored a team-high 24 points off the bench, making five of his 10 three-point attempts. D’Angelo Russell attacked the Heat head in the first half, getting into the paint to generate efficient offense inside. He finished the night with 19 points and five assists.

This was the highest scoring game of the year for the Lakers, who came out in their Hollywood Nights jerseys and put on a show worth attending in STAPLES Center. The Heat looked like a team trudging through a road trip on the opposite coast, and once Dragic was out the Lakers keyed in and finished what they started. A very good win they absolutely needed to secure once they established a lead.

Next up, Orlando on Sunday.