Lakers vs. Grizzlies Final Score: Julius Randle gets a triple-double in 116-102 victory

Lakers vs. Grizzlies Final Score: Julius Randle gets a triple-double in 116-102 victory

Lakers vs. Grizzlies Final Score: Julius Randle gets a triple-double in 116-102 victory
NBA 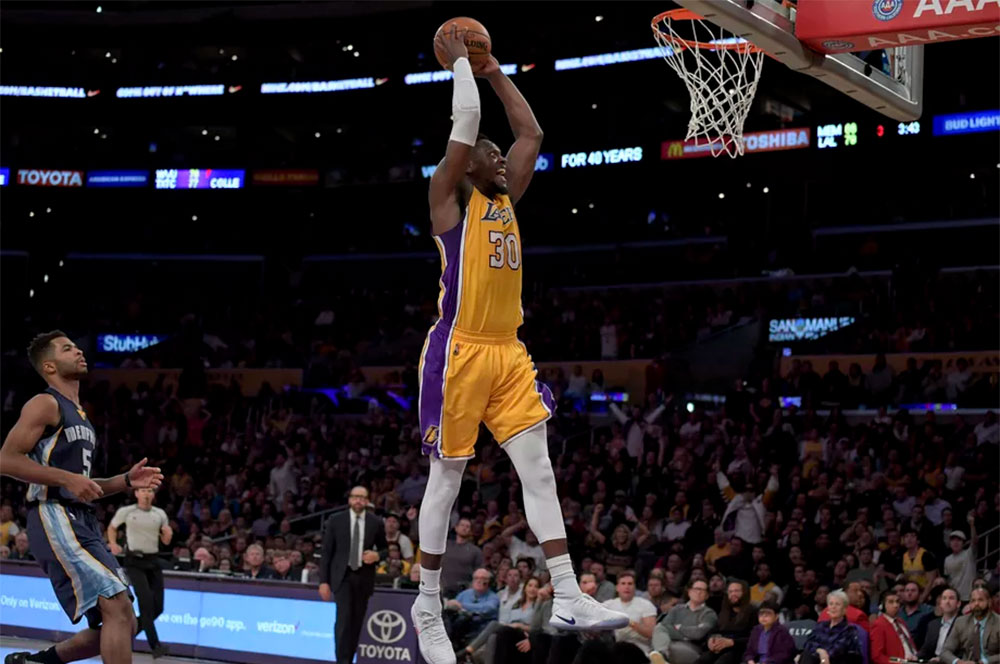 The Lakers look like they’re back on track in 2017.

The Los Angeles Lakers ran the Memphis Grizzlies ragged in a 116-102 victory, notching their first win of 2017. There may be nothing left of the nets in STAPLES Center after Nick Young and D’Angelo Russell tore them apart, combining to go 12-of-19 from three-point range. The duo did most of their damage in the first half, where they connected on 10 shots from deep.

That Julius Randle messing around to get a triple-double was buried by the lede is a great indication as to how smooth things went for the Lakers Tuesday night. Randle was scoring, boarding and diming all over the player he was most-often-compared-to-despite-playing-nothing-like in Zach Randolph. Julius finished the night with 19 points, 14 rebounds and 11 assists.

Russell played one of his most complete games of the season, putting in 18 points and six assists with some nice 6-of-9 three-point shooting. A few of his passes, particularly a bounce pass to Randle after he slipped a screen, were beauties. Young joined in with six three-points of his own, tallying a team-high 20 points. The only made field goals for both D’Angelo and Nick were from beyond the arc, a bold strategy that worked well enough to snap the Lakers’ three-game losing streak.

Six Lakers players reached double-digits in scoring, and the NBA’s best defense lost in the battle between David and Goliath. LA’s ball movement was beautiful and kept everything flowing, crushing the Grizzlies in the assist department 34-18. Marc Gasol led all scorers with 22 points.

This was one of the Lakers’ best wins of the year, mauling the Grizzlies on every front. Take it away for us, Jordan: