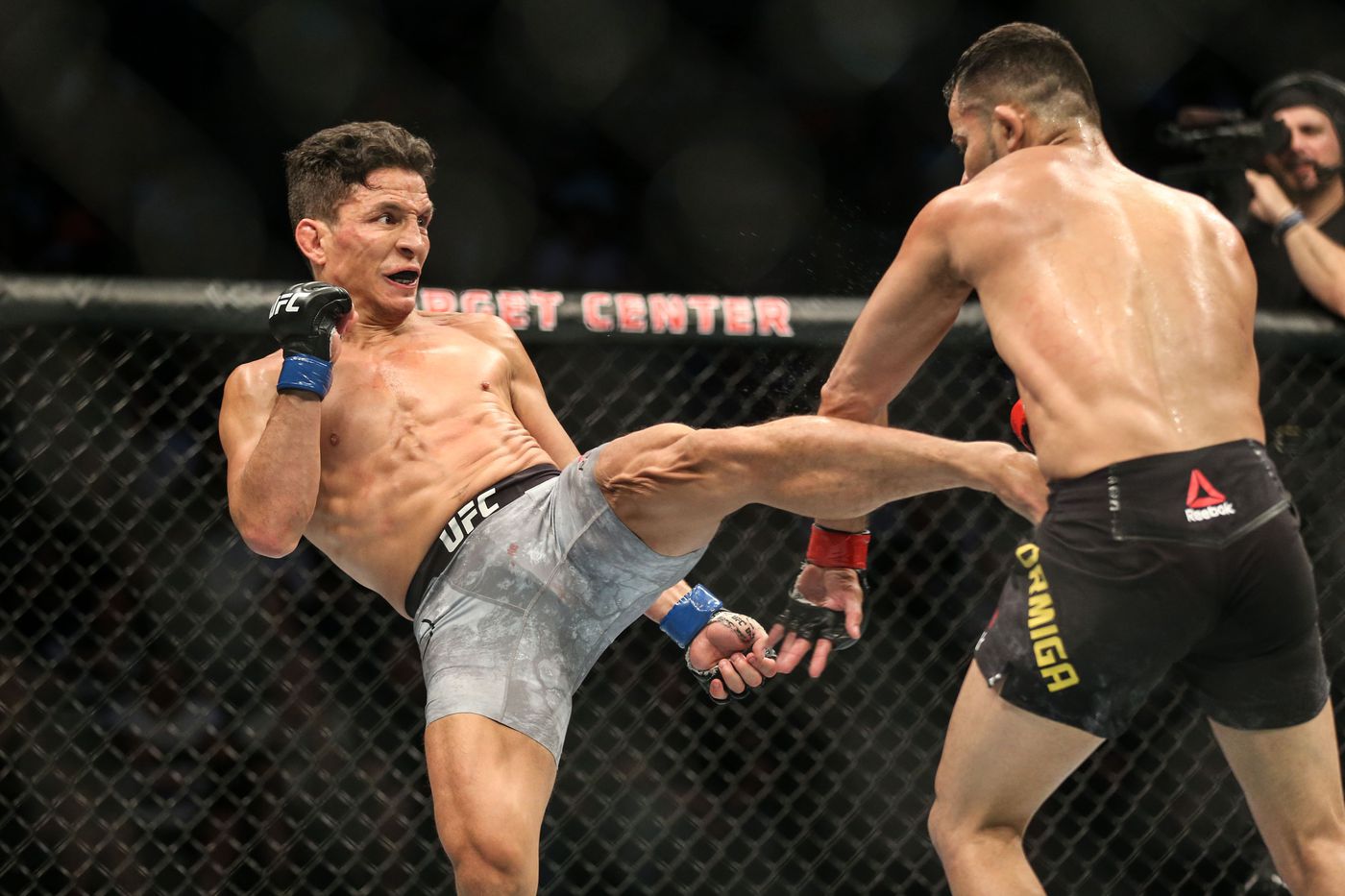 Benavidez (28-5) is on a three-fight winning streak, most recently stopping Jussier Formiga at UFC Minneapolis in June. He’s twice challenged for the flyweight belt, losing both times to then-champion Demetrious Johnson. Benavidez is also one of just two people to defeat Henry Cejudo, taking a controversial decision back in 2016.

Figueiredo (17-1) is an incredibly entertaining and very talented fighter. The Brazilian has rebounded from his defeat to Formiga by outclassing Alexandre Pantoja by decision and submitting Tim Elliott this past October. “God of War” started his UFC career with three TKO finishes in four fights, including one against former title challenger John Moraga.

Cejudo has not defended his flyweight belt since beating TJ Dillashaw in January. He moved up to bantamweight to challenge for the vacant crown after Dillashaw was stripped for PEDs, winning by TKO vs. Marlon Moraes. Surgery has put him out for the rest of 2019, and all signs have pointed to him defending the bantamweight belt next.

While it looks as if Benavidez won’t get his rematch vs. Cejudo, he will get one more shot at UFC gold.