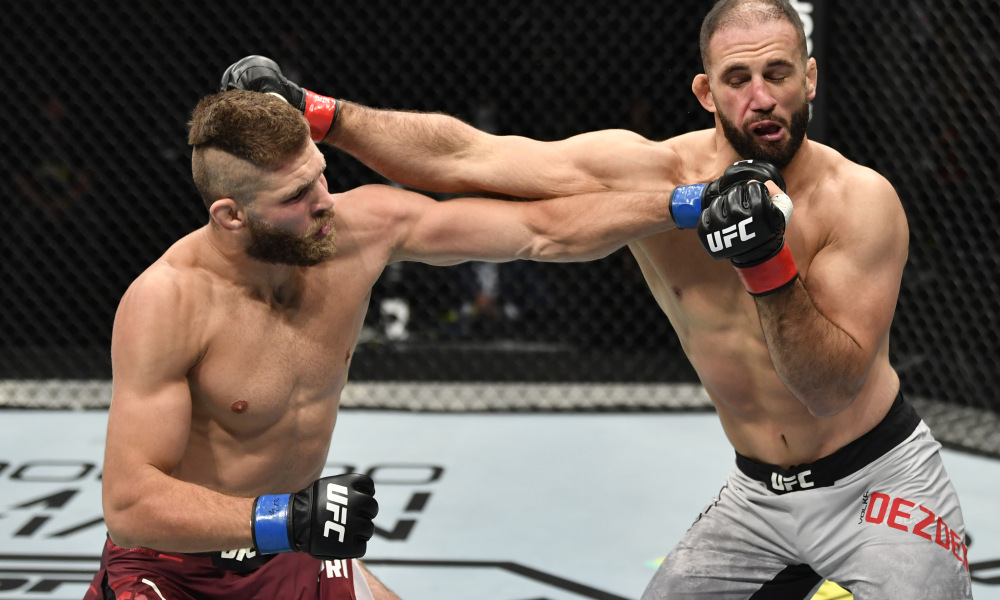 The 27-year-old native of the Czech Republic earned a jaw-dropping knockout in the featured UFC 251 prelim after blasting former title contender Volkan Oezdemir with a right hand that put him down and out at just 49 seconds into the second round.

“I feel amazing. I expected more wrestling from him but that was good,” Prochazka said after his win.

“[I want to fight again] very soon. Because I want to take a title and that’s all. That’s my mission here. Not just the title, my performance, I need to work on it.”There was a lot of showmanship from Prochazka as he wagged his jaw at Oezdemir and invited a striking battle but he was actually getting the worst of the exchanges. Oezdemir cracked him with a few stiff shots in the opening round that had the former RIZIN champion on his back foot, trying to circle away from absorbing more damage.

Despite eating some hard shots, Prochazka was still smiling and throwing wild shots as he sought to catch Oezdemir off guard.That non-stop pace paid off for Prochazka at the start of the second round after he landed a nice leg kick, which set up the finishing sequence for him. After catching Oezdemir with the low kick, Prochazka then went high and connected flush to the head and that was the beginning of the end.

Realizing Oezdemir was wobbled, Prochazka rushed forward with a barrage of shots including a straight left followed by the hellacious right hand that folded the Swiss fighter in half and sent him crashing to the canvas.

There was a lot of hype surrounding Prochazka heading into UFC 251 and the promotion didn’t give him an easy fight for his debut. After knocking out a former title contender like Oezdemir in his first appearance, the sky appears to be the limit as Prochazka immediately jumps into the deep end of the light heavyweight division.