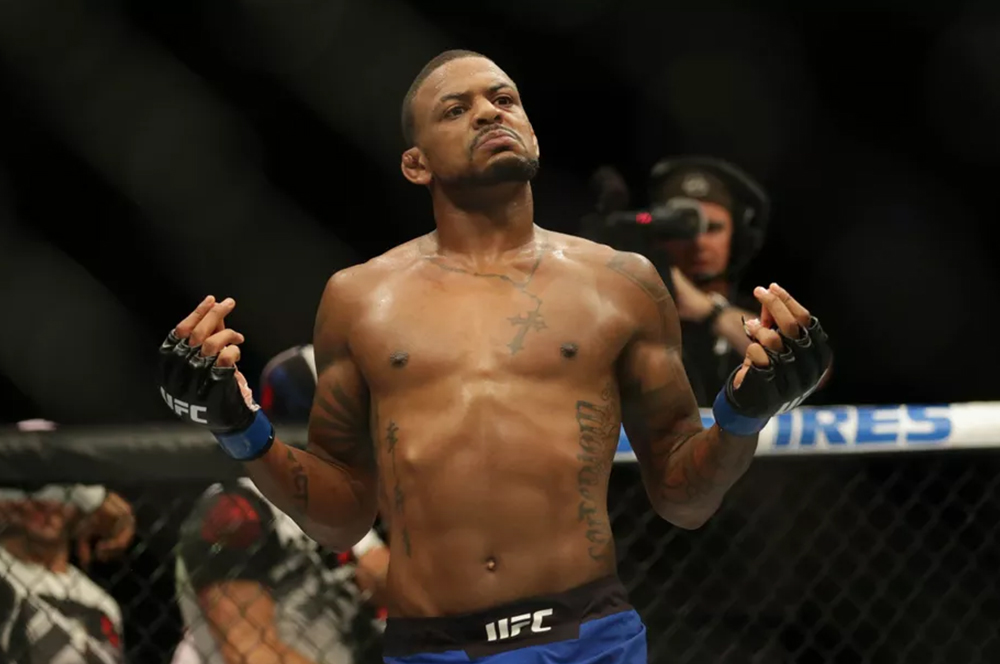 The Top 10 Lightweight wants to test his talents down a division against the former champion.

After fighting 6 of the current Top 10 Lightweights, with mixed results, Michael Johnson wants to find a new challenge at Featherweight. While speaking at a recent UFC Q&A in Rotterdam, Johnson expressed interest in moving down to 145lbs. He even picked out a possible opponent.

“Jose Aldo, he’s looking to get out of his contract. He’s a great champion so I would love to go down to 145 and fight him. Anytime, anywhere,” Johnson said [h/t MMAUno.com]

A fight against Aldo at Featherweight would not only be his first career fight at 145lbs, but would be the first time that Johnson fights someone who’s held a UFC championship.

“I’m hoping in December I’ll go down to Brazil and fight him. I just love good, exciting fights and he’s a guy that I would love to get in there with.”

After rattling off four straight wins at Lightweight from 2013-2015, Johnson has gone 1-4 in his past five fights. He’s suffered back to back stoppage losses to Khabib Nurmagomedov and Justin Gaethje in his past two fights.

Jose Aldo has been the subject of many fight rumors lately, with matches against Cub Swanson and Ricardo Lamas being clamored. Aldo is coming off of a failed title shot against Max Holloway, who TKO’d the longtime champion back in June.