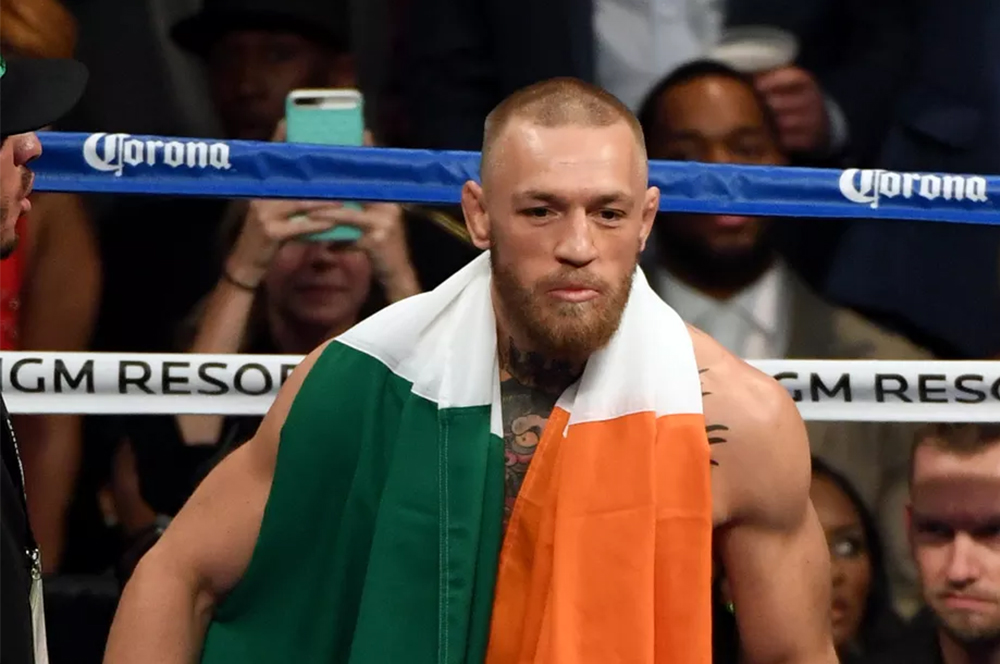 Conor McGregor surpassed all expectations in his historic fight against Floyd Mayweather Jr.

Sure, he was finished in the 10th round and promised his fans a first round knockout, but McGregor, 29, attained immortality on August 26.

Boxing analyst Max Kellerman said the Irishman had a ‘zero percent chance' against 'The Best Ever', and a slew of other pundits and fighters, including former British boxing champion Anthony Crolla, went on record to state that 'The Notorious' wouldn't win a single second of the 12-round fight.

That wasn't hyperbole, either; McGregor, who entered Saturday night's contest at Nevada's T-Mobile Arena as a boxing novice with a 0-0 resume, wasn't supposed to actually box with 'Money', but that's precisely what he did.

Against all odds, McGregor manifested a seemingly impossible fight into existence and stood in the pocket and boxed with one of the greatest of all time. The Irishman didn't try to clinch with Mayweather and fight rough, either (ala Marcos Maidana); he actually boxed. Commanding the center of the ring in the early rounds, McGregor took the fight to Floyd and started teeing off with punches, landing 111 in total according to compubox. Even as the fight wore on and Mayweather began to find his rhythm, McGregor, on the brink of exhaustion, still found success in the later rounds — especially in the 8th. The UFC lightweight champion landed punches, slipped punches, and took his fair share of punches before succumbing to a late barrage in the 10th.

(Another aspect of the fight that has been seemingly overlooked is the fact that McGregor's punches in MMA are, more often than not, set up by kicks. Despite being limited to punches, McGregor still snapped the jab, landed the uppercut, and attacked Mayweather with a range of attacks. It was impressive).

McGregor having any reasonable success against Mayweather — let alone making the bout somewhat competitive — wasn't part of the script, despite boxing fans' best efforts to belittle the MMA champ by hallucinating a skewed narrative and pretending that Mayweather 'allowed' McGregor to hit him. Aug. 26. was supposed to be McGregor's Anderson Silva-Forrest Griffin moment, but the former two-division Cage Warriors champ rose to the occasion and hung in there with arguably the greatest defensive boxer of all time. Even in defeat, McGregor earned well over 1.5 million new Instagram followers and was showered with praise from some of boxing's most notorious figures, including the likes of George Foreman and Julio Cesar Chavez.

There has, of course, due to McGregor's audaciousness and bold pre-fight predictions, been an effort to diminish — or flat out ignore — his success against Mayweather. Fans and pundits have pointed out how Mayweather fought more aggressively than usual and cited his over-eagerness as the reason for McGregor landing any strikes at all. Of course, they forget to mention that Mayweather is well versed in all aspects of the sweet science and has won over half of his fights via TKO/KO. Whether Mayweather fought moving forward, backward, or with one arm tied behind his back, McGregor still shouldn't have been able to land with such volume. And, the fact that he did is a testament to his boxing ability. McGregor is a gifted puncher.

But, such critiques and emotional outbursts are irrelevant in the grand scheme of things; they will not stand the test of time. In many years to come, the history (his-story) books will read that, on Aug. 26, 2017, a 0-0 boxer from the streets of Crumlin, Ireland, stood toe-to-toe for ten rounds with one of the greatest boxers ever to lace up the gloves.

You don't have to love it. You may even hate it. But you will be forced to accept it.