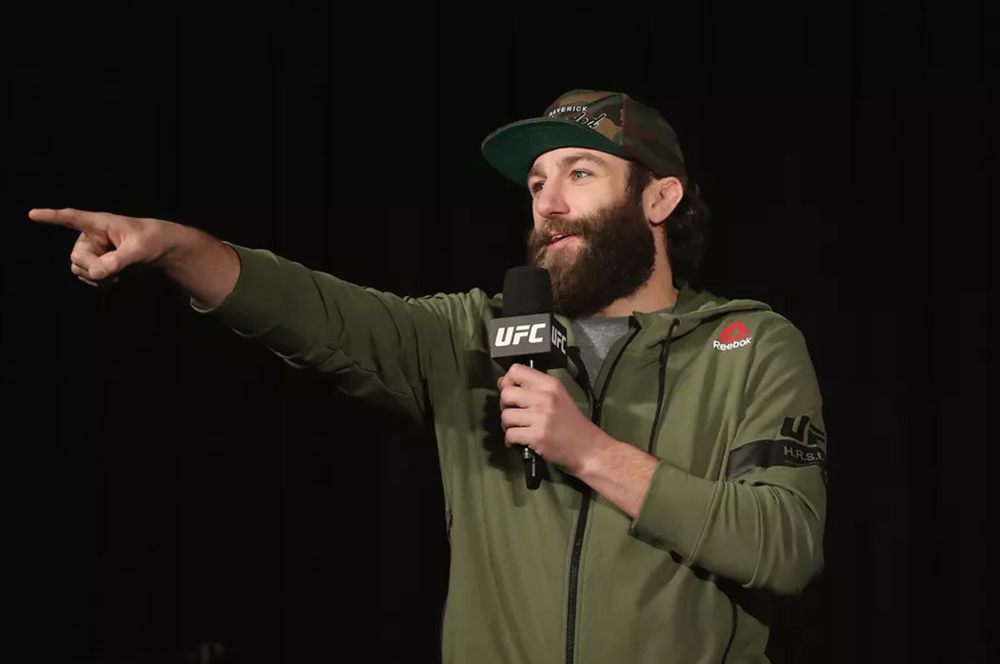 Michael Chiesa has opted to sign a new UFC deal, as opposed to exploring the free agent market.

Lightweight contender Michael Chiesa has signed a new four-fight deal with the UFC, as confirmed by MMA Fighting’s Ariel Helwani. Chiesa had one fight left on his old contract, but instead of completing his old deal and exploring free agency, he opted to re-sign with the promotion he’s been with since 2012.

Chiesa (14-3) is coming off a first-round rear-naked choke loss to Kevin Lee in the UFC Oklahoma City main event back in June. Referee Mario Yamasaki deemed Chiesa to be unconscious and immediately stopped the fight, despite Chiesa never tapping. The TUF 15 winner filed a protest, also claiming that Kevin Lee had thrown illegal 12-to-6 elbows which cut his face open, but the Oklahoma State Athletic Commission denied the appeal.

While the loss to Lee remains on his record, “The Maverick” still stands an impressive 7-3 in his UFC career, including recent submission wins over Jim Miller and Beneil Dariush. Known as one of the more entertaining lightweights on the roster, the 29-year-old has racked up five post-fight bonus awards.

Chiesa currently does not have a fight booked, although we should see him in the Octagon again before the year ends. On Twitter, Chiesa teased that a fight announcement is “coming soon.”