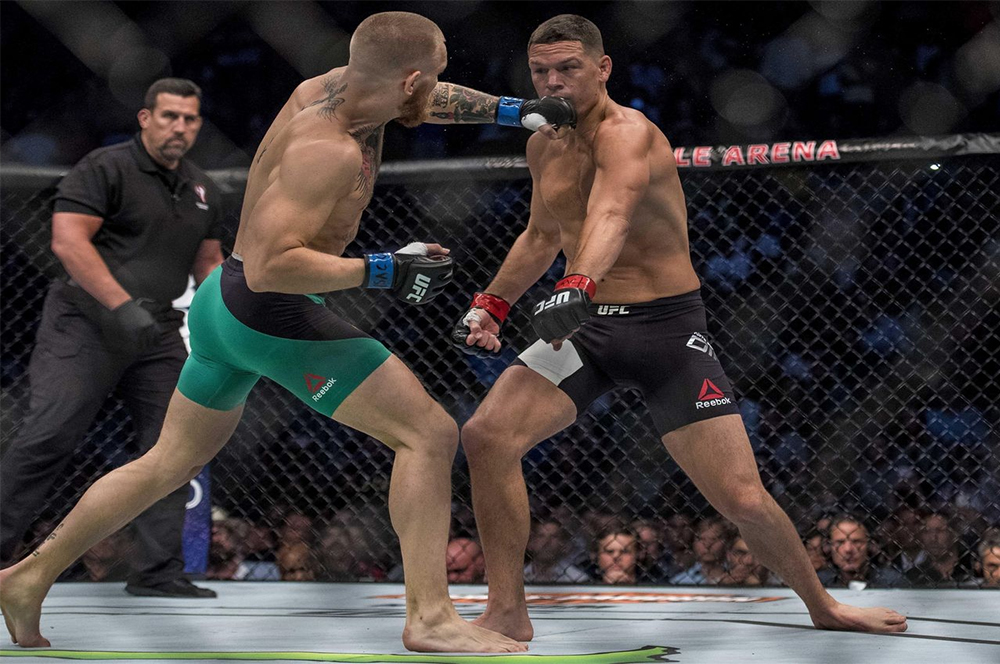 Conor McGregor sets his conditions for a third fight against Nate Diaz.

After his high-profile boxing match against Floyd Mayweather Jr., Conor McGregor will now be facing his unfinished business in the UFC. One of them is a possible trilogy fight against Nate Diaz, among his other obligations as the undisputed lightweight champion.

As Kevin Lee and Tony Ferguson battle it out for the interim 155-pound strap at UFC 216 on September 9th, it looks like McGregor will be gunning for the third Diaz fight, next. But looking at that option, “The Notorious” wants it to be done at lightweight this time around.

For McGregor, it is only fair for him to set such a condition, especially since he went in to take the Diaz rematch at welterweight.

“That’s a fair trade. I didn’t ask for the rematch at a lower weight, I asked for the rematch at the exact same weight,” McGregor said. “I thought that was a fair play move on my half, and then I came in and I won. So now, I won that, then I won the 155-pound title after that. If he wants to fight, he’s got to make that 155-pound limit.”

Diaz’s last fight at 155 pounds was against Michael Johnson in December 2015. He has been inactive since the McGregor rematch at UFC 202 in August of last year.