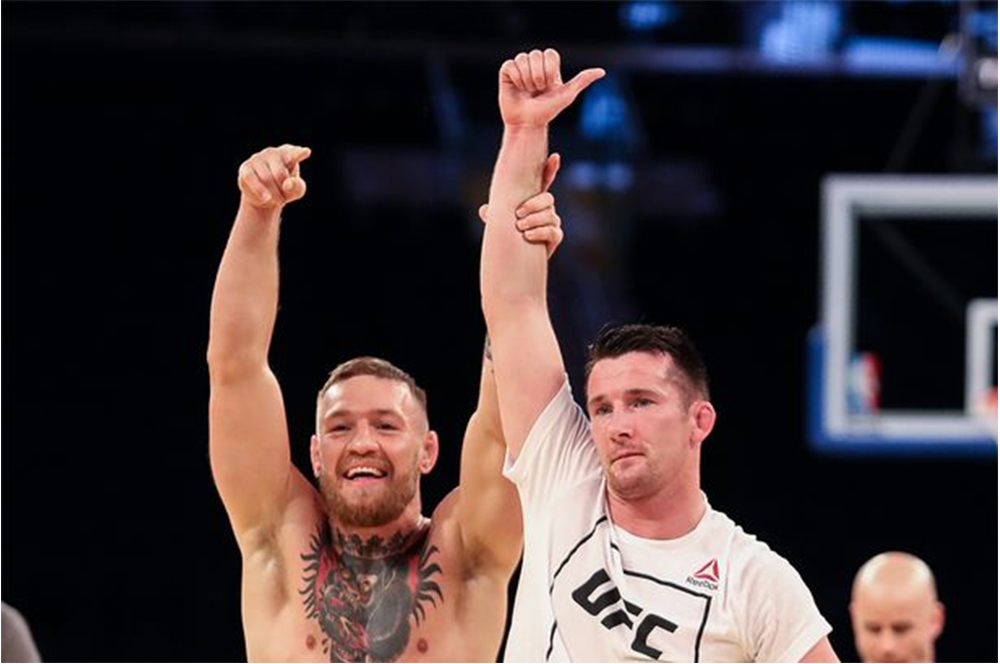 Not many people are giving Conor McGregor a chance against Floyd Mayweather in their upcoming boxing match on August 26th. But as expected, his team is banking on him to win, and win big.

Speaking to Ariel Helwani on Monday’s episode of The MMA Hour, boxing coach Owen Roddy is foreseeing no less than a knockout win for “The Notorious”.

McGregor’s strongest assets have been his punching accuracy and the power he possesses on his left hand. Roddy adds that it is also about the UFC star’s ability to read fighters, which is why he is predicting a mid-fight stoppage.

“Conor has an exceptional ability to read fighters. Read fighters and where they’re going and read what they do. He can do it really, really quickly. I think it’s just about him figuring out where Mayweather is gonna be on said shot and then putting the appropriate shots to catch him.”

“I think mid-fight. I think a couple of rounds in,” Roddy said, speaking about his stoppage prediction. “We need to see what Mayweather is gonna be coming with.”

Glove size has also been an issue being pointed at, and how McGregor’s punching power may be hampered by the ten-ounce boxing gloves that he will be using against Floyd, which is six ounces heavier and has much more padding than the regular MMA gloves. But for Roddy, this will not be an issue at all.

“Conor hits like a middleweight. You can ask any of the middleweights in our gym. He hits as hard, if not harder,” Roddy said. “It’s strange. He’s got cat-like reflexes. He’s so quick on his slips and his pulls. He’s very accurate as well. I think he’s gonna slip and fire and Mayweather will be on wobbly legs. It might be a counter, too. That’s what I see. That’s what I see in my head.”

Roddy also revealed the three men that will be on McGregor’s corner on fight night.

Mayweather vs. McGregor will be held at the T-Mobile Arena in Las Vegas.