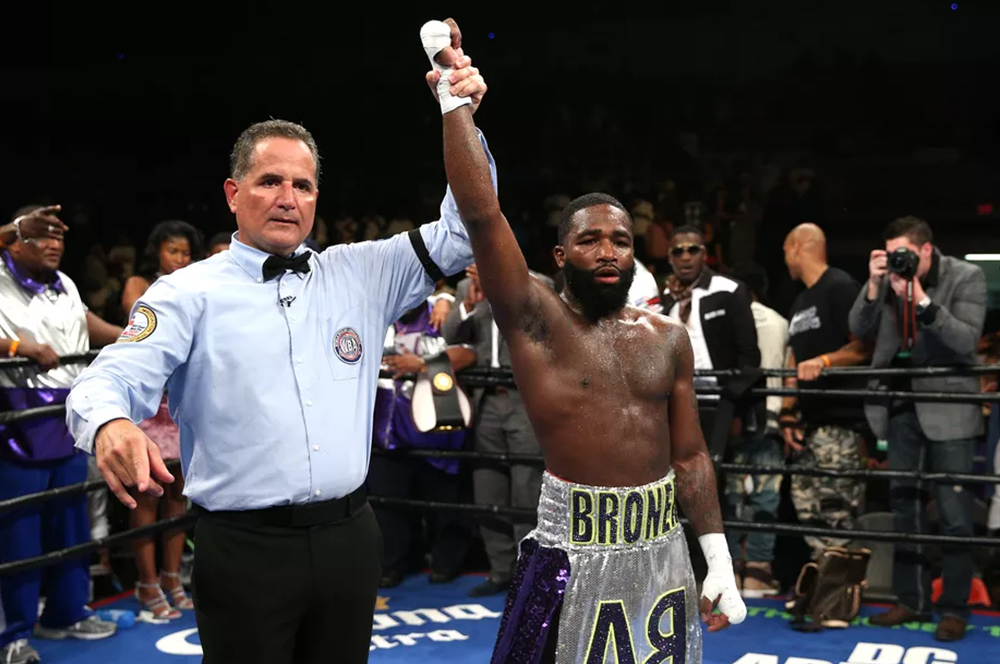 Boxer Adrien Broner suggested that he’d be interested in fighting Nate Diaz on the Conor McGregor vs. Floyd Mayweather undercard. Sort of.

If you follow boxing much, you’ll know that former four-division champion Adrien Broner is not a stranger to saying controversial things. The oft-maligned Broner (33-2, 1 NC, 24 KO) fights undefeated Mikey Garcia lightweight champ (36-0, 30 KO) at 140 pounds in July, but in a conversation with TMZ Sports, he said he’d like another fight right after that - on the undercard of the Floyd Mayweather vs. Conor McGregor megafight on August 26th

"Depending on the punishment I take (in) this fight ... if I come out unmarked like I usually do, I'd be willing to fight on Floyd's undercard against Nate Diaz.

"I'm just talking. But if we can make it happen, let's do it though."

It should be made clear that Broner kind of laughed when the reporter exclaimed surprise at the call-out. And since he’s Adrien Broner, there’s no way to be sure whether he’s actually serious or not. The whole idea of it also makes no sense since A) He’s not likely to come out unmarked against a guy like Garcia; and B) He fights Garcia on July 29th - just four weeks before Mayweather vs. McGregor.

For his part, Diaz hasn’t really been looking to fight much anyway - and I don’t think he’s going to take a boxing match on short notice. He hasn’t competed since a loss to McGregor in their rematch last August at UFC 202.

Speaking of the megafight, he had a more thoughtful answer when asked about McGregor’s chances again his longtime friend (and occasional enemy) Mayweather:

"It's a huge fight. I think it's going to be a very entertaining fight. McGregor, he's won most of his fights standing up, punching. If you ask me, he's got a punchers chance. I'm happy for Floyd Mayweather. They got the job done. I think it's gonna be a more competitive fight than what people think."

Mayweather fights McGregor on August 26th in the T-Mobile Arena in Las Vegas. Broner and Garcia will scrap on July 29th in the Barclays Center in Brooklyn.