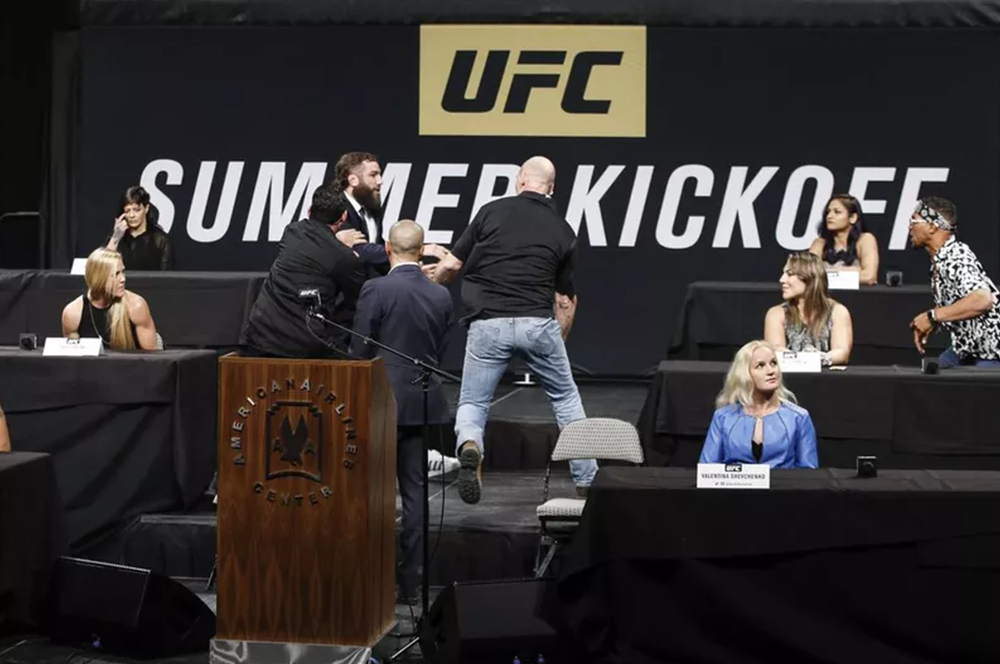 Check out the fight card and bout order for UFC Fight Night: Chiesa vs. Lee, which goes down on Sunday, June 25th in Oklahoma City, Oklahoma.

Not only will we have Bellator NYC/Bellator 180 on Saturday, there’s a special Sunday edition of UFC Fight Night! The main event features lightweights Michael Chiesa and Kevin Lee in an important matchup between two rising contenders. Oh yeah, and there’s plenty of heat behind this one. Oklahoma’s own Johny Hendricks takes on Tim Boetsch in the co-main event, as Hendricks seeks a 2-0 record at 185 lbs. Sad as it is to say, B.J. Penn is not only still fighting, but he’s been reduced to main card opener against Dennis Siver.

A programming note that the prelims will be on Fox Sports 2 instead of Fox Sports 1. There’s also the issue of Vitor Miranda vs. Marvin Vettori not being listed on the UFC’s website, but it was supposed to be on the FS2 portion of the card. I’m unsure if it’s been pulled, but we’ll leave it in the lineup for the time being.