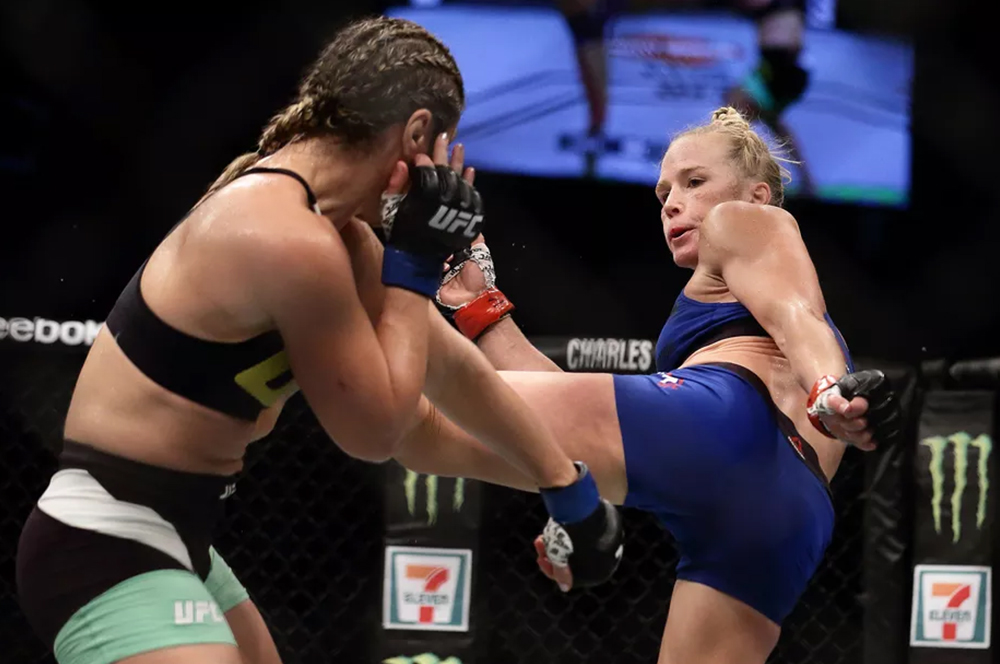 In the main event of UFC Singapore, former women’s bantamweight champion Holly Holm sought to end her three-fight losing skid against one-time title challenger Bethe Correia. It was hardly an entertaining fight, but Holm’s head kick finish sure was emphatic and got the fans out of their seats.

Round 1 was unfathomably rotten. Holm was able to get the crowd interested with a couple of side kicks to the body. Correia caught Holm with a nice left hook at the end of the round, but it was otherwise a stinker. Round 2 was trending towards sustained boredom as well. Correia landed one good right hand on the bridge of Holm’s nose while Holm continued to throw those kicks to the body. Marc Goddard warned them both for timidity with such little action happening. Correia took some more kicks but then closed the distance and kneed Holm to the thigh to end a turgid second stanza.

Correia implored Holm to come at her in the beginning of round 3. Well, she got what she asked for. Holm knocked her out with a head kick. Left shin to the dome, plus one punch while Correia was seated, and that’s all she wrote. Possibly one of the worst instances of in-fight goading there’s ever been in a high-level UFC fight.

Official result: Holly Holm def. Bethe Correia by KO (head kick and punch) at 1:09 of round 3

Holm gets her first victory since her head kick KO of Ronda Rousey at UFC 193. Correia has lost by KO in both of her UFC main events, and has won just once in her last five outings.