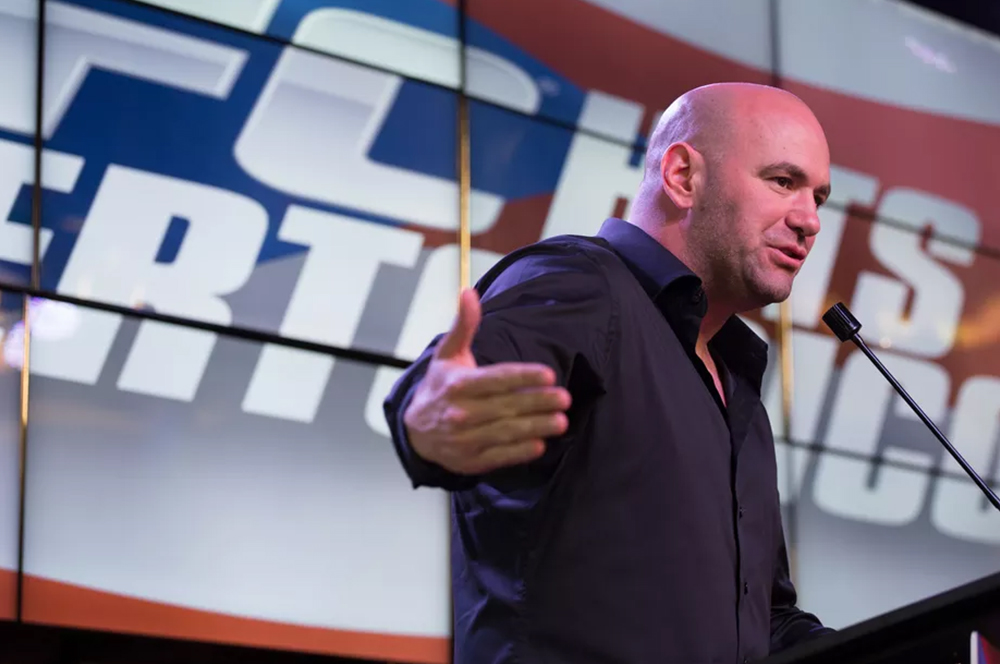 Dana White says Conor McGregor is as confident as ever heading into his boxing showdown against Floyd Mayweather.

While many fans and analysts believe Conor McGregor is only stepping into the boxing ring to fight Floyd Mayweather Jr. for the cash, 'The Notorious' is supremely confident in his ability beat 'Money' at his own game.

That's according to UFC president Dana White, who told reporters on ESPN SportsCenter that he stopped doubting the Irishman 'a long time ago'.

“He is absolutely 100 percent positive that he wins this fight,” White said, per Marc Raimondi of MMA Fighting. “I stopped doubting Conor McGregor a long time ago.”

McGregor, the current UFC lightweight champion, has been doubted since his 2013 Octagon debut against Marcus Brimmage. Shortly after uppercutting Brimmage into oblivion at UFC on Fuel 9, the former two-division Cage Warriors champ announced that he was going to conquer the featherweight division and take out 145-pound kingpin Jose Aldo.

Sure enough, he did, knocking out 'Scarface' just thirteen seconds into the first round and turning the MMA world upside down. The SBG Ireland product, who trains under the tutelage of Brazilian Jiu Jitsu black belt John Kavanagh, then announced that he was coming to take the lightweight crown, opting to fight then-lightweight champ Rafael dos Anjos at UFC 196.

That fight fell through, and McGregor was handed his first loss in six years against UFC 196 replacement Nate Diaz at the MGM Grand in Las Vegas. After avenging his loss to Diaz in an epic welterweight rematch at UFC 202, a rejuvenated McGregor dethroned Eddie Alvarez at the UFC's debut show in New York, outclassing and TKO'ing Alvarez to win the 155-pound belt and becoming the promotion's first ever simultaneous two-division champ.

A boxing match against the pound-for-pound greatest in Mayweather is an entirely different ball game, but that doesn't matter to McGregor. In his mind, despite what the critics say, he's already won.

Mayweather and McGregor will collide in what could be the biggest fight in combat sports history on August 26 at the T-Mobile Arena in Las Vegas, Nevada.