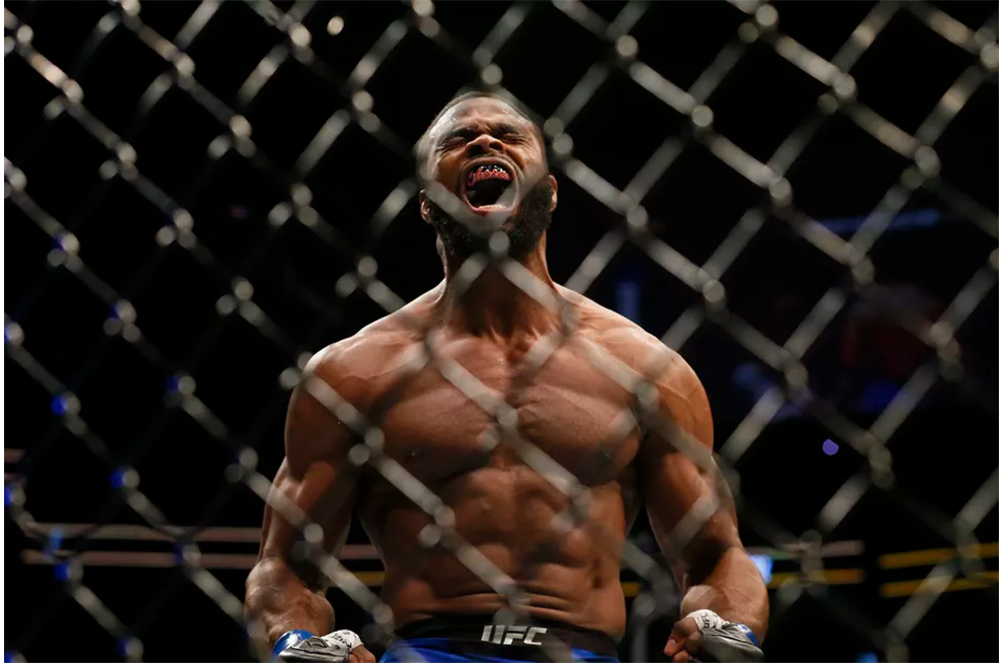 According to UFC welterweight champion Tyron Woodley, his next title defense will be against Brazilian Jiu Jitsu expert Demian Maia. But Maia, a former UFC middleweight title challenger, hasn't decided on a date.

'T-Wood' wanted to let Maia know that he doesn't get to decide when he'll fight for the title — the champion does.

Woodley told Maia to accept the fight for the upcoming UFC 214 pay-per-view, which takes place next month, July 29.

“If you want a showdown with me, you have to meet me July 29, that’s the date,” Woodley told Maia on the latest edition of UFC Tonight, per Damon Martin of FOX Sports. “The challenger can’t pick the date. You want my belt. So therefore I accept the challenge July 29. If you want to get it on, let’s do it, sign the paperwork.

“You don’t need a vacation. You just had a three-round grappling match. You didn’t get hardly hit. Let’s get it on.”

Maia, 39, is on a seven fight win streak and last fought against top contender Jorge Masvidal at UFC 211. Maia took some heavy shots from Masvidal but controlled 'Gamebred' on the ground for the majority of the contest. The Brazilian walked away with the split decision victory and catapulted to No. 1 in the official UFC middleweight rankings.

Rumors surfaced that Woodley was to defend his belt against Masvidal instead of Maia, but 'The Chosen One' insists that he is fighting Maia and is simply waiting for the BJJ world champion to accept the fight.

Woodley, 35, defended his title title against Stephen Thompson at UFC 209 after fighting 'Wonderboy' to a draw last year.

UFC 214, which features a headlining light heavyweight championship rematch between Daniel Cormier and Jon Jones, takes place on July 29 at the Honda Center in Anaheim, California.