Max Holloway responds to Frankie Edgar and Swanson: 'Anybody and everybody's going to get it' 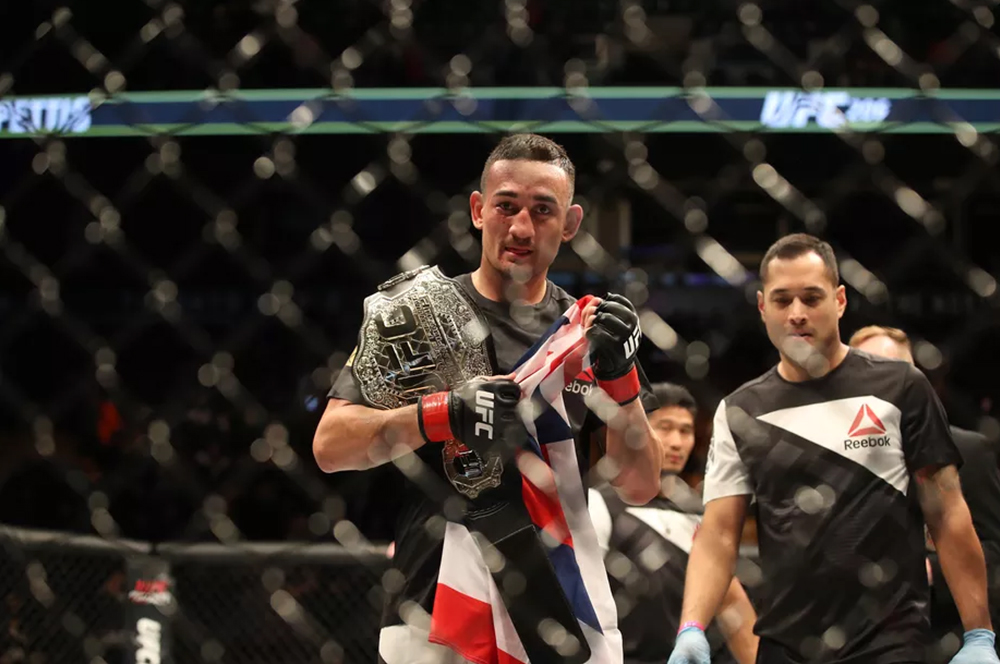 It didn't take long for top contenders Frankie Edgar and Cub Swanson to call out newly-minted UFC featherweight champion Max Holloway after his stunning victory over Jose Aldo at UFC 212.

Holloway, who is the youngest UFC champion on the roster, made mincemeat of Aldo in the third round, handing 'Scarface' the second TKO/KO loss of his career.

As well as winning featherweight gold, Holloway has rattled off eleven straight wins and is tied fifth with MMA pioneer Royce Gracie for the most consecutive wins in UFC history.

Edgar and Swanson, ranked No. 2 and No. 4 respectively, both feel they are deserving of the next title shot. Edgar, a two-time featherweight title challenger and former lightweight champ, lost to Aldo in an interim championship bout last year but rebounded with two straight wins over Jeremy Stephens and Yair Rodriguez. Swanson, who lost to Holloway via guillotine choke in 2015, has racked up four straight wins against tough contenders.

Holloway, though, isn't concerned about who he fights next and plans to make an example out of every top contender in the division.

“If I didn’t fight you, get ready,” Holloway told Damon Martin on the Fight Society podcast. “Cause what you’re seeing is not what you’re getting. Everybody looking from the outside into the cage, they think they can do this, this and this. When they step in there it’s a different thing with me. So if I didn’t fight you yet, make sure you cover all your bases cause I’m coming.

Although Holloway battered Aldo on the ground to earn the TKO stoppage, the proud Hawaiian still hasn't showcased his full skill set in the grappling department.

Holloway finds inspiration from pound-for-pound great Demetrious Johnson, who is tied with Anderson Silva for the most title defenses in UFC history (10). Holloway wants to rule the featherweight division like 'Mighty Mouse' has conquered the flyweight division.

“I want my closets to be filled with UFC belts.”

After his win over Aldo, Holloway shot up the pound-for-pound rankings to No. 5 and is one of the most promising young champions in the sport.