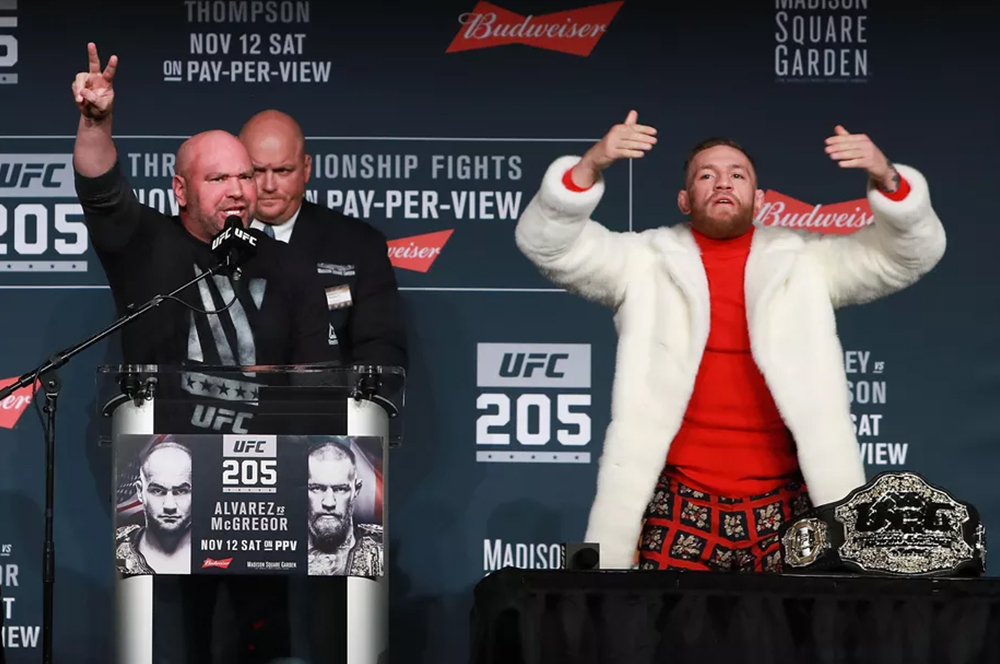 But, if history tells us anything, it probably won’t matter much.

Boxing’s Ali Act - enacted just 17 years ago - is a piece of landmark legislation meant to provide an anti-corruption framework for a sport with a long history of corruption. It provides structure for how contracts should be negotiated between a fighter and a promoter; regulations for financial disclosures, oversight, and keeping the roles of manager and promoter distinctly separate.

It’s that last bit, about the manager/promoter relationship that could get Dana White in trouble. Former UFC fighter - and strong proponent of the Muhammad Ali Expansion Act for the oversight of mixed martial arts - Jon Fitch gave his read on White’s apparent involvement in Conor McGregor’s negotiations to fight Floyd Mayweather and why it might be a problem, in a recent interview for Cage Side Press.

“It’s very interesting that this is happening,” Fitch said of the push toward a Mayweather vs. McGregor boxing match. “It’s exposing the UFC in the restraints they’re putting on the mixed martial arts market. There are certain laws. The Muhammad Ali Act protects McGregor from Dana White getting in between that fight. He can’t act like a manager. It’s illegal for him to act like a manager if he is his promoter, they are playing with fire.”

It’s not guesswork on Fitch’s part to suggest White’s involvement here. The UFC President has put himself front and center for the conversation, with claims the he is “running the Mayweather-McGregor deal.” And while that may not actually be the case (recent reports suggest the Ari Emanuel’s team is heading up negotiations), whether it’s Emanuel or White, if the UFC or related companies are negotiating on McGregor’s behalf, that would appear to be a direct violation.

Unfortunately for those hoping that this sort of double-duty would detonate the whole idea, even if the Ali Act has been violated, the followup question to ask is, who cares? Since the legislation’s institution nearly 20 years ago, most - if not all - attempts to enforce it appear to have come from athletes or other promoters filing lawsuits alleging violations. And while those lawsuits have resulted in several settlements in favor of the fighters, it’s hard to find evidence of any of them actually making it to trial or of any strong action taken independently by regulatory bodies.

If the onus is on fighters to litigate against promoters, then the likelihood of any sort of powerful enforcement is slim. The UFC’s own history of going up against individuals in court has painted a portrait of corporate victories. So, while White and the UFC may be flouting the law, it seems unlikely that anything would be done to enforce it.