Scott Holtzman Will Face Mateusz Gamrot In An Effort To Kick His 2021 Off With A Win.

Scott Holtzman Will Face Mateusz Gamrot In An Effort To Kick His 2021 Off With A Win. 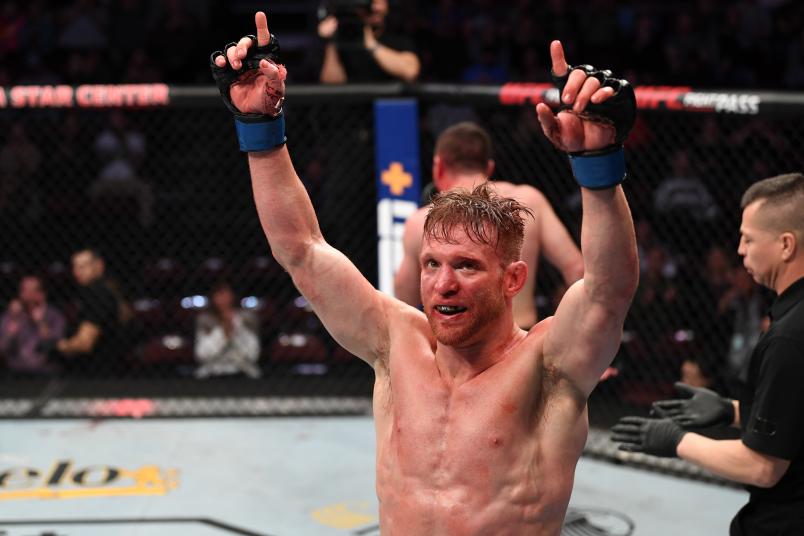 it’s been a while since Scott Holtzman was getting ready for a fight in Arizona, but it’s been a smooth return to the MMA Lab squad as he prepares for his Saturday bout against Mateusz Gamrot. Just don’t say it was like riding a bike.

“It takes a little bit to adjust timing-wise, speed and all that with better guys,” said Holtzman, who went out west from Knoxville after losing training partners back home. “There's a lot more depth in training partners, we've got a bunch of Division I wrestlers and high-level guys all around. So it was a little bit of an adjustment, but I'm the veteran now, so I kind of eased into it. I didn't try to hop back into training too quick. I listened to my body and eased back into it, so I think that helped.”

That veteran experience is something you can’t put a price tag on. And when you add in the top-notch team and coaches leading him into battle for his 12th UFC bout, the 37-year-old is in a good place as he looks to bounce back from an August loss to Beneil Dariush.

That defeat was only Holtzman’s second in the last four years, proving that as he’s gotten older, he’s gotten better, so while he was disappointed by the result of his bout with the lightweight contender, a Fight of the Night win over Jim Miller six months earlier made 2020 a solid year for “Hot Sauce.”

Now he wants to make it even better in 2021, and that can start with a win over Gamrot, a highly-touted up and comer who engaged in his own Fight of the Night in his Octagon debut against Guram Kutateladze, a bout that he lost via split decision.