How Petchyindee Elevate Muay Thai On The Global Stage

How Petchyindee Elevate Muay Thai On The Global Stage 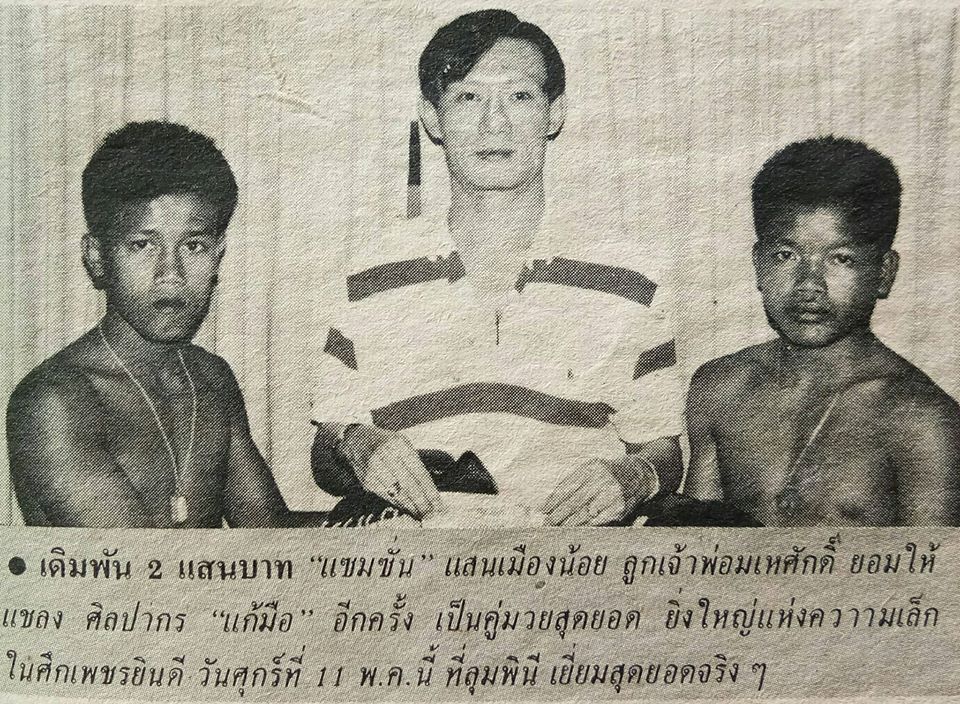 Thai juggernaut Petchyindee has been in business for nearly 50 years, and more recently, its Petchyindee Academy gym has skyrocketed onto the international martial arts scene with tremendous success.

Petchyindee was first established back in 1975 when a young Virat Vachirarattanawong, known locally as Tycoon Nao, had an itch he just couldn’t scratch – a love for his country’s national sport, Muay Thai.

Originally from a family of gold and diamond merchants in Bangkok, a young Tycoon Nao would visit local Muay Thai stadiums as a spectator on his way home from school. Sometimes, he even skipped class for special matches.

It was at those events, inside the two oldest Muay Thai stadiums in Thailand, where his love of “the art of eight limbs” first took root.

Tycoon Nao was still in his 20s when he decided to channel all of his efforts into Muay Thai. He opened his gym and began the arduous task of raising pugilists who he believed were fit for Bangkok’s elite stadium scene.

Back when Petchyindee was founded, Muay Thai wasn’t the worldwide phenomenon that it is today. There was still a certain stigma about the sport, which was often associated with poverty, but Tycoon Nao followed his passion and never looked back.

Now 72 years old, the gym’s founder believes that a strong foundation overseen by committed leaders is what has allowed the establishment to thrive.

“Petchyindee has gotten to where it is today because we do what we do for the love of Muay Thai and aren’t trying to benefit from it,” he says. “It is why our fighters have been so successful.”

He named his promotion Suk Petchyindee and began promoting Muay Thai bouts in Bangkok. Given his natural talent for matchmaking, Tycoon Nao established himself as a main promoter at Lumpinee Stadium in 1982, and within a decade, he was promoting boxing contests as well.

With Tycoon Nao both running his gym and promoting matches, Petchyindee Academy quickly became a training hub for World Champions like Ruengsak Petchyindee and Sagat Petchyindee.

Along the way, Tycoon Nao was not alone in building the Petchyindee empire.

His son, Nuttadej Vachirarattanawong, better known as Sia Boat, has been immersed in his father’s business since birth – but not through necessity. Instead, he shares a strong love for Muay Thai and an eagerness to see the sport evolve beyond his homeland.

“When I was born, the first thing I saw was Petchyindee,” Sia Boat says.

“My childhood was filled with fun memories of playing with the boxers at the camp and running around in the old Lumpinee Stadium on Rama IV Road.

“Every Friday after school, I would have the opportunity to sit and wait for my father to finish work at the stadium, then we would get to go home together. Therefore, there has always been a special bond between me and the boxing stadium. It was like a second home to me.”

After shadowing his father during childhood, Sia Boat began assisting with promotion when he was 18 years old. At just 25, he became Thailand’s youngest-ever promoter at a major stadium, and he helped expand his father’s gym to a second location in 2007.

The state-of-the-art facility includes two standardized boxing rings, 12 punching bags, a fully functioning fitness center, and a sauna. The new facility, which opened in 2014, also boasts its own hotel, restaurant, and spa.

In total, the gym houses 35 professional athletes and 12 trainers. There are 25 staff members working together to maintain this well-oiled machine and two conference rooms on hand for matchmaking and various meetings.

What sets the gym apart from others is its family values. Whether you are a member of the staff or an athlete readying for competition, both Tycoon Nao and Sia Boat aim to treat everyone with warmth and care – something Petchmorakot has experienced firsthand.

“Petchyindee takes care of every aspect of our lives and treats us like family,” the ONE Featherweight Muay Thai World Champion says. “Whether it is our health and nutrition, training, or just how to live our lives – they help with everything.”

These days, Tycoon Nao has retired from running Petchyindee, but the family business has continued soaring to new heights under Sia Boat’s leadership and fresh approach to Muay Thai.

Along with having a remarkable facility to train elite athletes, Sia Boat attributes the Petchyindee brand’s success to the philosophy his dad established in the early days.

“I think the qualities that made my father succeed in Muay Thai are common sense and intellect,” he says. “He’s never used that to take advantage of anyone. Instead, he’s always been determined to create a legacy that is accepted in the Muay Thai industry.”