ONE Women’s Atomweight World Champion “Unstoppable” Angela Lee has been selected as a (Role)Model for RockLove Jewelry’s Mulan-inspired collection.

“Rather than professional models, this [is] a chance to celebrate real people who embody the character and spirit of these collections,” said Allison Cimino, CEO of RockLove Jewelry.

Thank you so much to @nowthisnews @jackienpadilla @RockLoveJewelry for this incredible feature! I'm so honoured to share my story with the world! 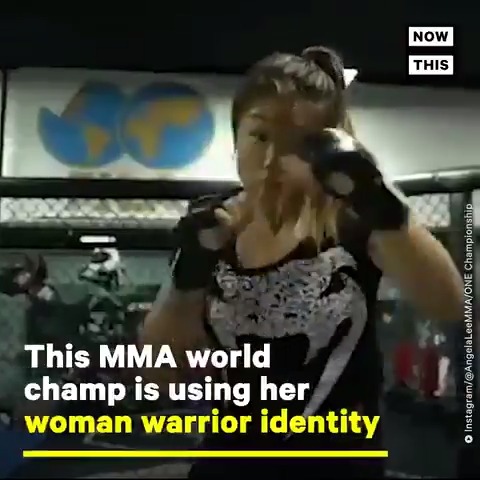 51 people are talking about this

In an interview with NowThis, Lee explained the similarities between herself and the iconic character.

“She’s this really cool, like, warrior princess, and that’s really what I kind of see in myself, like, when I go out to fight and how I’m so close to my family. So everything really ties in together, and it connects,” the 23-year-old said.

Lee has been one of the top leaders in the women’s mixed martial arts movement, and she continues to influence a new generation with her words and actions.

The Hawaii-based Singaporean understands her impact on the global stage, and she takes pride in being a force for change.

“I can win more and more fights, but really what’s most important to me is how I can influence the most people, how I can really impact people’s lives in a positive way,” Lee said.

“Honestly, I’m so honored. I could never imagine that I’d grow up, and I’d be doing something like this and making these kinds of changes in the world.”

When the atomweight queen returns to the Circle, she is scheduled to defend her crown against the top-ranked contender in the division, Denice “The Menace Fairtex” Zamboanga.