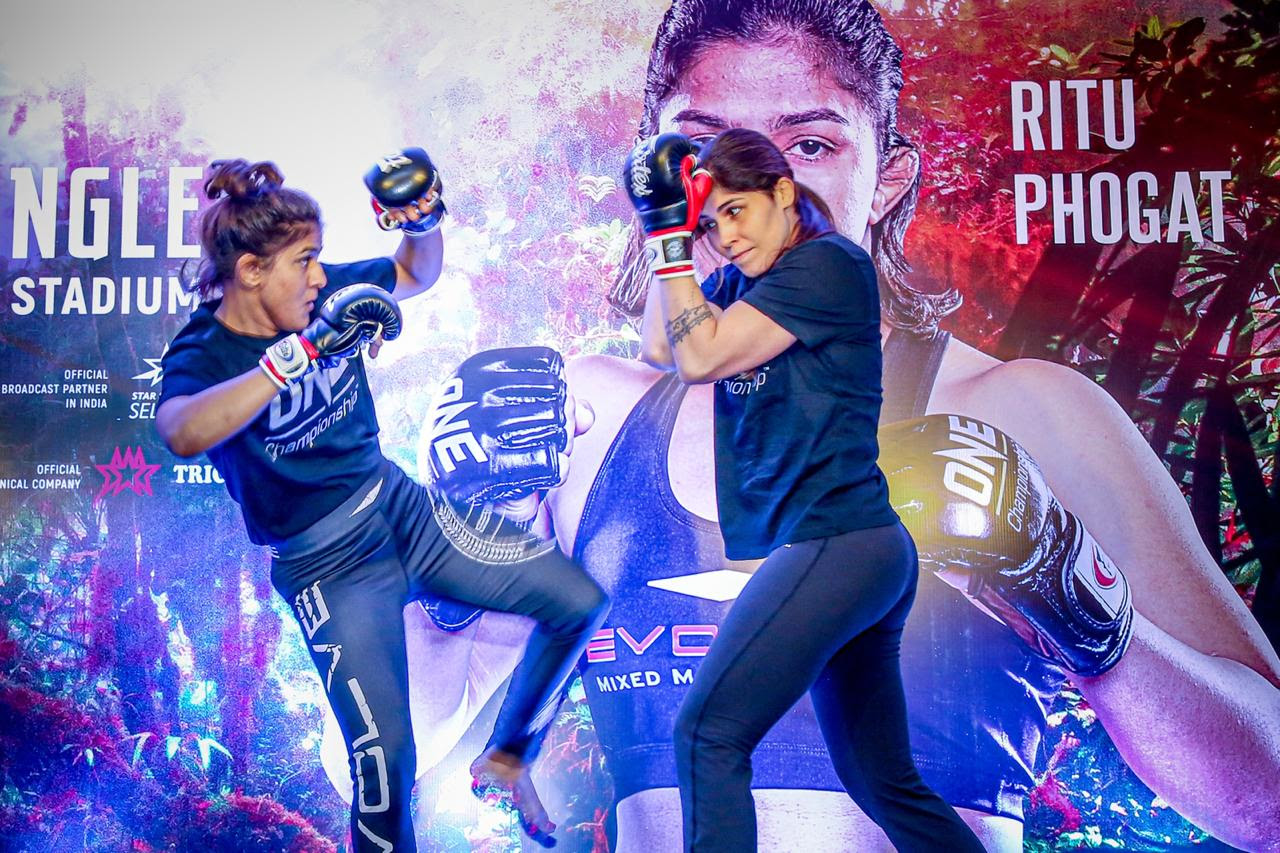 Ritu Phogat, ONE Athlete, stated: “I was honored to showcase my skills in front of all these fans and media here in India. My career has been a fantastic one. But when I decided to make the transition to mixed martial arts, I knew the risk and the reward. As an athlete, I am open to meet any challenge head on. I am motivated to become the best mixed martial artist that I can be. Working with elite World Champions at Evolve in Singapore has really cultivated my combat skills and transformed me into a complete fighter. I know I still have a long way to go, but I’m willing to continue to put the work in until I reach my ultimate goal. My dream is to give India its first ever mixed martial arts World Champion.”

Phogat comes from a famed wrestling family. Her father, Mahavir Singh Phogat, is a legendary coach who trained several of her family members and led them to the highest levels of the sport, inspiring the hit movie "Dangal." Phogat began her own training at the age of 8, and just a few years later, she dropped out of school to focus on her wrestling career.

Phogat won three Indian national championships in wrestling before taking gold at the 2016 Commonwealth Wrestling Championships in Singapore. The following year, she won a Silver medal at the prestigious World Under-23 Wrestling Championships in Poland, becoming the first female Indian wrestler to do so in the process. She was expected by many to represent India at the 2020 Olympic games in Tokyo, but she shocked the wrestling world when she announced that she was switching her focus to mixed martial arts instead.

She promptly moved to Singapore to join the world-renowned Evolve MMA, where she trains with multiple Muay Thai and Brazilian Jiu-Jitsu World Champions to bring her striking and submission skills up to par with her elite wrestling. Her ultimate goals are to make her country proud with her performances on the global stage and to become India’s first mixed martial arts World Champion, a goal she hopes to attain within two years.

At ONE: KING OF THE JUNGLE, Phogat goes for two-in-a-row in her budding mixed martial arts career when she locks horns with China’s Wu Chiao Chen. Phogat sizzled in her ONE Championship debut late last year, when she finished Nam Hee Kim in the first round by technical knockout. Phogat will need to be at the top of her game against Wu, who is looking to make an impact in her ONE Championship debut.

ONE: KING OF THE JUNGLE is scheduled for Friday, 28 February at the Singapore Indoor Stadium. In the main event, two-sport ONE World Champion Stamp Fairtex of Thailand will defend her ONE Atomweight Kickboxing World Title against Janet “J.T.” Todd of the United States.