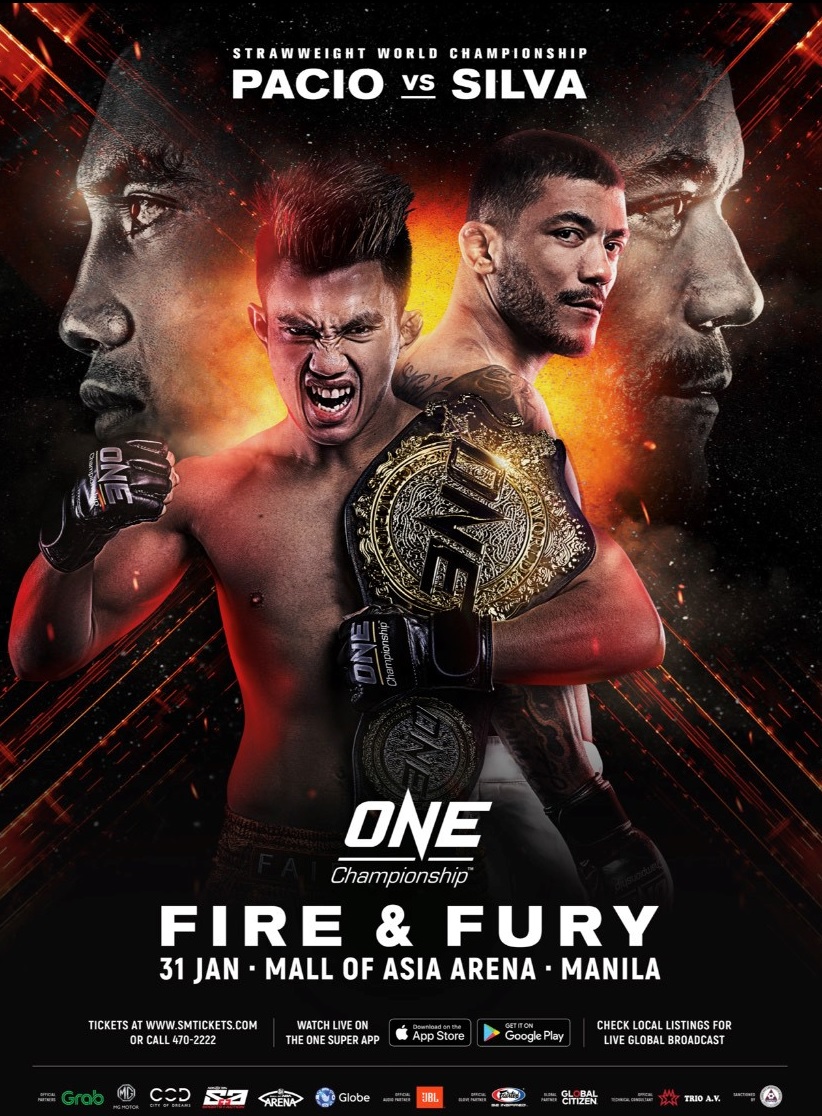 The Filipino mixed martial arts (MMA) scene will get a rousing start this year as the country’s best fighters face the world’s best in ONE Championship’s “Fire & Fury” fight card this Friday (January 31) at the Mall of Asia Arena.

ONE Strawweight world champion Joshua “The Passion”  Pacio and former ONE Lightweight king Eduard “Landslide” Folayang will lead Team Philippines in the jam-packed event that will be aired LIVE on ABS-CBN S+A with livestreaming on iWant, the ABS-CBN Sports YouTube channel, and the ABS-CBN Sports Facebook page.

Pacio, the lone champion of Baguio’s famed Team Lakay, will put his belt on the line in his battle with Brazil’s Alex Silva, a former strawweight champion. Filipino MMA legend Folayang, meanwhile, will restart his redemption tour against Pieter Buist of the Netherlands.

Their teammate Danny “The King” Kingad, who’s coming off a loss to MMA superstar Demetrious Johnson, also hopes to get back to his winning ways in his showdown against Xie Wie of China.

The trio will not be the only ones carrying our flag on Friday as female fighters Jomary Torres and Gina Iniong, and Team Lakay standout Lito Adiwang will be seeing action in the lead card of “ONE: Fire & Fury.” Torres will go up against Jenny Huang of China, Iniong will be tested by Asha Roka of India, while standing in the way of rising star Adiwang is Pongsiri Mitsatit of Thailand. S+A will be airing their fights right after the main events at 10:30 pm.

Watch and cheer for the Philippines as Filipino fighters take on the best from around the world in “ONE: Fire & Fury” LIVE from the Mall of Asia Arena on Friday (January 31) starting at 8:30 pm, followed by the airing of the lead card fights at 10:30 pm. Watch via livestream on iWant, the ABS-CBN Sports YouTube channel and the ABS-CBN Sports Facebook page.