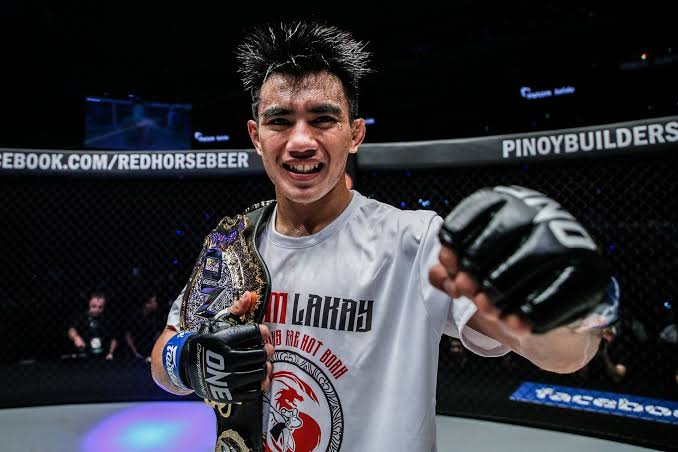 For Filipino phenom Joshua “The Passion” Pacio, the distinction of being the ONE Strawweight World Champion means that he is no doubt one of the best in the world in his weight division.

A member of the famed Team Lakay stable out of Baguio City, Philippines, Pacio will look to remain atop the strawweight division’s rankings when he puts his title on the line against a former titleholder in Brazilian submission ace, Alex “Little Rock” Silva, in the main event of ONE: FIRE & FURY this coming January 31st at the Mall of Asia Arena in Manila, Philippines.

At just 24 years old, Pacio has risen to the top of ONE’s stacked strawweight division, thanks to notable wins over top tier competition such as former champions Dejdamrong Sor Amnuaysirichoke, Yoshitaka Naito, and Yosuke Saruta, as well as contenders Rene Catalan and Pongsiri Mitsatit.

2019 proved to be a very formative year for the young Filipino star, as he lost, reclaimed, and defended the ONE Strawweight World Championship, all within 12 months.

Pacio opened 2019 with a controversial split decision defeat to Saruta in January to relinquish the 56.7-kilogram division’s top prize, but in the immediate rematch just three months later, Pacio went on to reclaim the title in highlight-reel fashion, knocking out Saruta with a head kick in the fourth round.

To close out 2019, Pacio successfully defended his title for the first time with a dominant all-around display leading to a second-round arm triangle submission victory over fellow Filipino Catalan.

“I am a World Champion now,” Pacio said, after finally getting a title defense under his belt. “All I can say is that all the sacrifices and hard work really paid off for us. I feel it now because I have defended the title.”

As dominant as his win over Catalan was, Pacio let it be known that he would be ‘going back to the drawing board’ to continue improving even more, with hopes of a quick return to action to defend his championship once more.

Roughly two months after his successful title defense, Pacio heads back to the ONE Championship stage, and this time he faces the only other former ONE Strawweight World Champion that he has yet to defeat in Silva.

The Brazilian grappler out of Evolve MMA is coming off back-to-back submission wins over Peng Xue Wen and Stefer Rahardian.

Silva, a third-degree Brazilian Jiu-Jitsu black belt, is 13 years Pacio’s senior, but the defending champion will be coming in with significantly more experience in the mixed martial arts arena.

In his title defense against the 40-year old Catalan, Pacio was able to show that in mixed martial arts, age is nothing but a number, and “The Passion” is looking to prove that once more against the 37-year old Silva.

“They call me a young phenom for a reason,” Pacio said. “I need to prove that.”

Apart from defending his title for a second time, Pacio is also looking to keep his Mall of Asia Arena record spotless. When competing in the 15,000-seater stadium, Pacio is an impressive 6-0.

Joining Pacio on the card will be Team Lakay teammates Eduard “Landslide” Folayang, Danny “The King” Kingad, Lito “Thunder Kid” Adiwang, and Gina “Conviction” Iniong, setting up what could be another memorable night for the Philippines’ top mixed martial arts stable.

Adiwang, meanwhile, will look to capitalize on his successful debut when he faces Thai veteran Pongsiri Mitsatit, and Iniong, fresh off a successful gold medal run at the 2019 Southeast Asian Games, returns to action to face India’s Asha Roka.