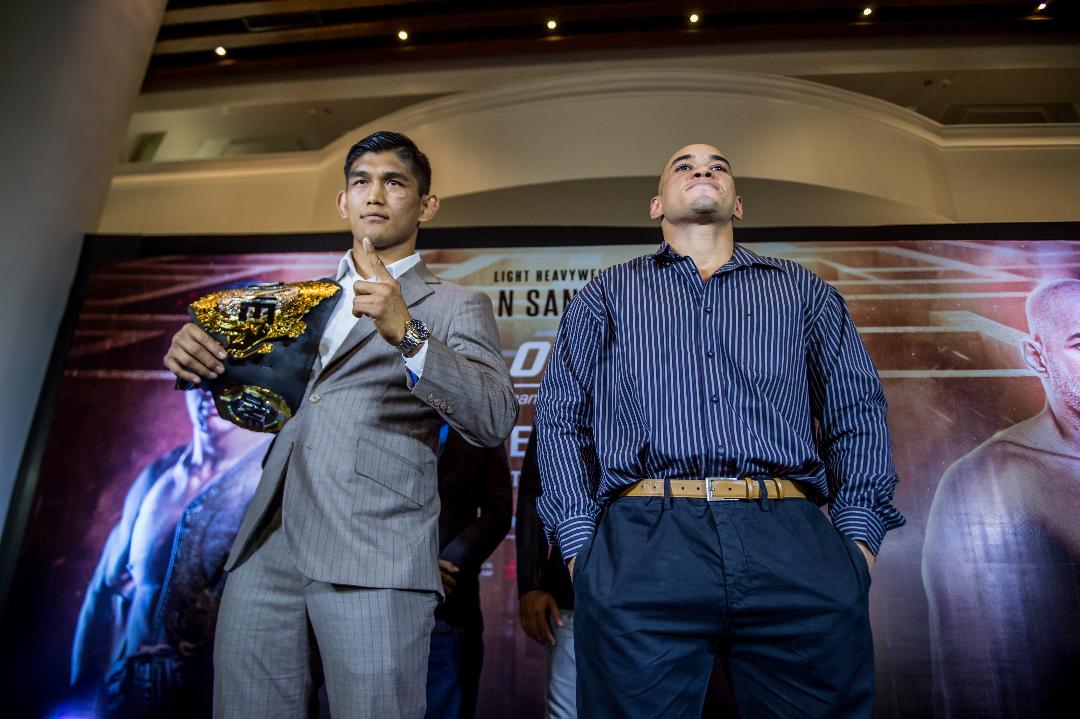 20 February 2018 – Yangon, Myanmar: The largest global sports media property in Asian history, ONE Championship™️ (ONE), has just announced a partnership with telecommunications giant, Telenor Myanmar. The partnership will commence at ONE: QUEST FOR GOLD, which is scheduled for 23 February at the Thuwunna Indoor Stadium and will feature ONE Middleweight World Champion “The Burmese Python” Aung La N Sang who will take on Brazil’s Alexandre Machado for the vacant ONE Light Heavyweight World Championship.

Jack Lim, Chief Commercial Officer of ONE Championship, stated: “Technology plays a major role in the success of ONE Championship as a company, and we always strive to provide fans with a unique, world-class digital experience that they cannot find elsewhere. The showcase of Asia’s authentic and rich martial arts history is made possible through the technological advancement in today’s society. This partnership with Telenor Myanmar is but another step in the right direction towards making world-class martial arts accessible to everyone in Asia, especially in Myanmar where martial arts has completely taken off in popularity over recent years.”

“We are excited to have this partnership with ONE Championship that will allow us to offer another best experience to all the people of Myanmar as part of our commitment. We recently has set a new Guinness World Record by forming the largest human image of Myanmar map to contribute to building the nation's pride with the collaboration of general public. Through this partnership with ONE Championship Telenor Myanmar is again proud to present our national hero Aung La N Seng who is the one and only first ever world champion in support of his world champion journey, and strengthening the nation's pride. Telenor is committed to be there for our customers and all the people of Myanmar in contributing to making history as we go forward,” Alex Nyi Nyi Aung, Senior Manager, Corporate Communications of Telenor Myanmar, stated.

ONE Championship, Asia’s largest global sports media property, is a celebration of Asia’s greatest cultural treasure, martial arts. The promotion engages millions of people across Asia by building local martial arts superheroes, telling their inspirational stories of perseverance and triumph through martial arts, which has been home in Asia for the past 5,000 years. The partnership with the Telenor Group ensures ONE Championship is in pole position to deliver the most exciting rendition of authentic Asian martial arts to fans in Myanmar.

ONE: QUEST FOR GOLD marks a significant milestone in ONE Middleweight World Champion “The Burmese Python” Aung La N Sang’s glorious reign as a world champion martial artist. Aung La N Sang receives the opportunity to become a rare two-division world champion. He will be competing against Alexandre Machado for the vacant ONE Light Heavyweight World Championship in the headlining bout of the blockbuster event.

Aung La N Sang, ONE Middleweight World Champion, stated: “It is always an honor for me to perform in front of my fans in Myanmar, and to be able to make history and be in the position to capture a second world title in a different weight class is a massive achievement. I relish the chance to compete for this title, and once again bring glory to the proud nation of Myanmar! I will do everything in my power to emerge victorious and honor the fans who have placed their trust and support in myself and the prestige of our country.”

Alexandre Machado, ONE athlete, stated: “This is the biggest match of my life. After years of experience, my career all comes down to this. As such, I am training extremely hard for this bout, and I know how well-received Aung La N Sang is in his home country. He’s a hero and a remarkable human being and it is an honor to compete against him. He deserves the biggest challenge and I am prepared to give it to him. This will be a beautiful showcase of the highest level of martial arts.”

32-year-old Aung La N Sang is Myanmar’s most successful athlete in history, whose impressive submission skills has earned him the moniker of ”The Burmese Python”. Born in Myitkyina in the mountainous Kachin State, he belongs to an ethnic minority known as the Kachin. Aung La N Sang captured the ONE Middleweight World Championship with a unanimous decision victory over Vitaly Bigdash in June of 2017. In his most recent bout, Aung La N Sang needed less than one round to finish heavyweight kickboxing champion Alain Ngalani in ONE’s first ever Open Weight Super-Bout. He faces off against Alexandre Machado next for the vacant ONE Light Heavyweight World Championship.

Brazilian heavyweight champion Alexandre “Bebezao” Machado is a rare breed of martial artist with a penchant for scoring spectacular submissions and highlight-reel knockouts. A Brazilian jiu-jitsu black belt, he currently sports a 8-2 professional record, and will be making his much-anticipated return to the ONE Championship cage. In his last bout, Machado defeated the hulkish Alain Ngalani via second-round technical knockout. After a period away from competition, Machado is back and ready to challenge Aung La N Sang for the vacant ONE Light Heavyweight World Championship.