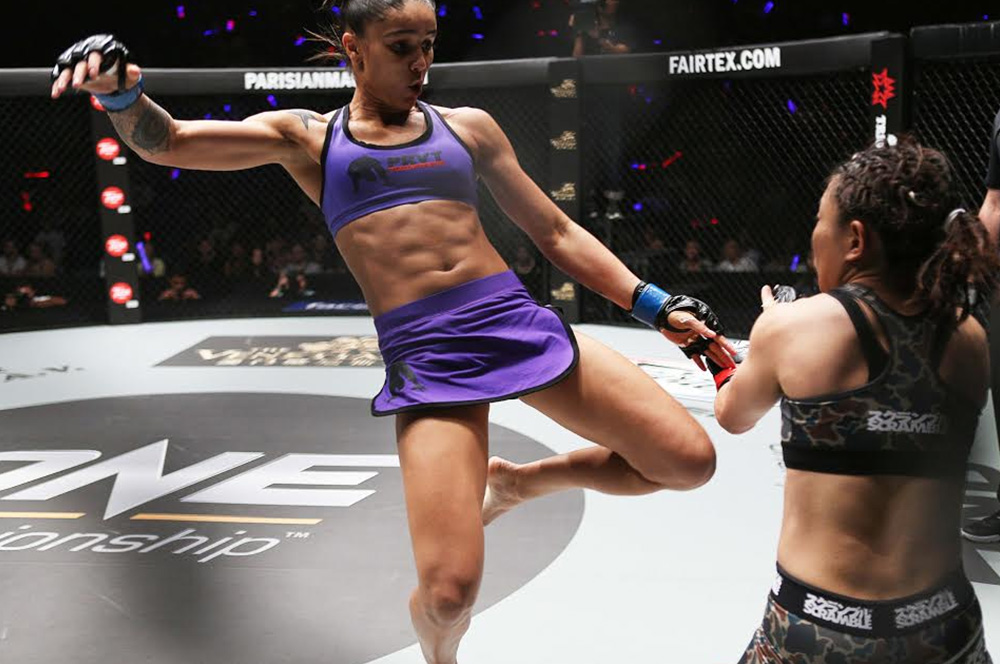 Istela Nunes and Agilan “The Alligator Thani are considered promising prospects in the sport of mixed martial arts due to their talent and dedication to their craft.

Both fighters are reaping the fruits of their labor as they slated to compete in separate world title contests on Friday, 26 May in Singapore.

Nunes challenges Asian MMA sensation Angela “Unstoppable” Lee for the ONE Women’s Atomweight Championship in the main event of ONE: DYNASTY OF HEROES, while Thani vies for the ONE Welterweight World Championship against the division’s best in Ben Askren on the same card.

Aside from the chance to lodge themselves as MMA world champions, Nunes and Thani will have the opportunity to have their waists girded with prestigious belts. 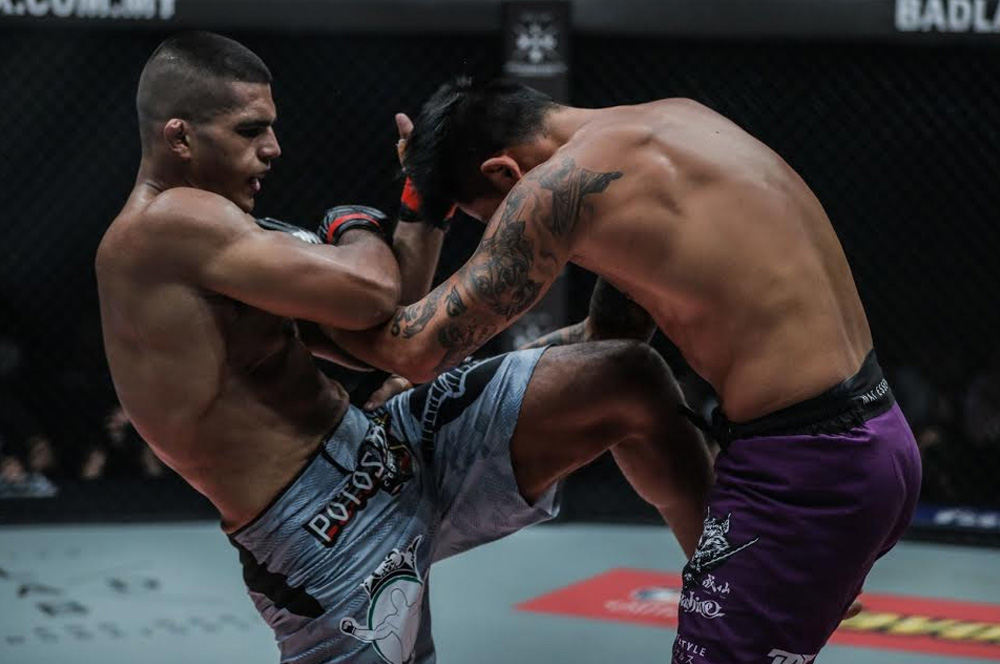 Beyond the prestige that marks the bearer as the best fighter in his weight class across the globe, the belt is designed as a symbolic ornament of honor and glory.

Weighing more than seven kilograms, the jewel-encrusted silver and gold-plated belt is mounted by hand on a thick natural leather strap that is locked together securely with ten steel studs.

The pair of warring lions that frame the centerpiece ONE Championship logo represents royalty and prestige, and it is complimented by a crown motif at the belt’s apex.

Two blood-red rubies are placed in the eyes of the lions, while two secondary plates added eminent value to the handmade masterpiece as it is studded with 52 crystals on each side.

“Our belt is definitely one of the richest prizes in the world of martial arts today. We make sure that the bearer of our championship title represents a prestigious piece that reflects the true value of martial arts,” ONE Championship Chairman and CEO Chatri Sityodtong stated.

Capturing the ONE Welterweight World Championship belt will not only put Thani in history books as the first Malaysian mixed martial arts (MMA) competitor to claim a world title, but he will also have an intricately-crafted hardware in his possession.

“The ONE Championship belt is one of the most prestigious MMA titles in the sport today. Having that makes you the best in the game. That’s why I want to win it so bad,” Thani said.

Meanwhile, Thani stressed that bringing home the ONE Welterweight World Championship title to Malaysia by defeating a high-profile opponent like Askren will seal his legacy as a world-class MMA athlete.

“Ben Askren is a legend in mixed martial arts, and beating him will also make me a legend. That will be a great motivation for me. I want to get that belt. I believe this is my time. When that time comes, I will be the next legend,” he asserted.

Meanwhile, Nunes is confident that she has what it takes to shock the world by defeating Lee for the ONE Women’s Atomweight World Championship.

“I have worked very hard to earn this opportunity. Angela Lee is a great, young champion, but I’m coming for the belt. I know chances like this are very rare and I will do my best to take the title home for all my fans,” she said.

Nunes is relishing not just her underdog status when she takes on the highly-popular Lee but also the pressure of the scheduled five-round championship clash.

“I feel strong and ready. I was built for this moment. I have nothing but good words to say about Angela, she is a tremendous champion. I admire what she has done to inspire young women in Asia to take up MMA, but I vow to win this fight at any cost. I have one goal and that’s to become champion. Angela better be prepared to go to battle because I’m coming to the fight with my full arsenal,” she ended.