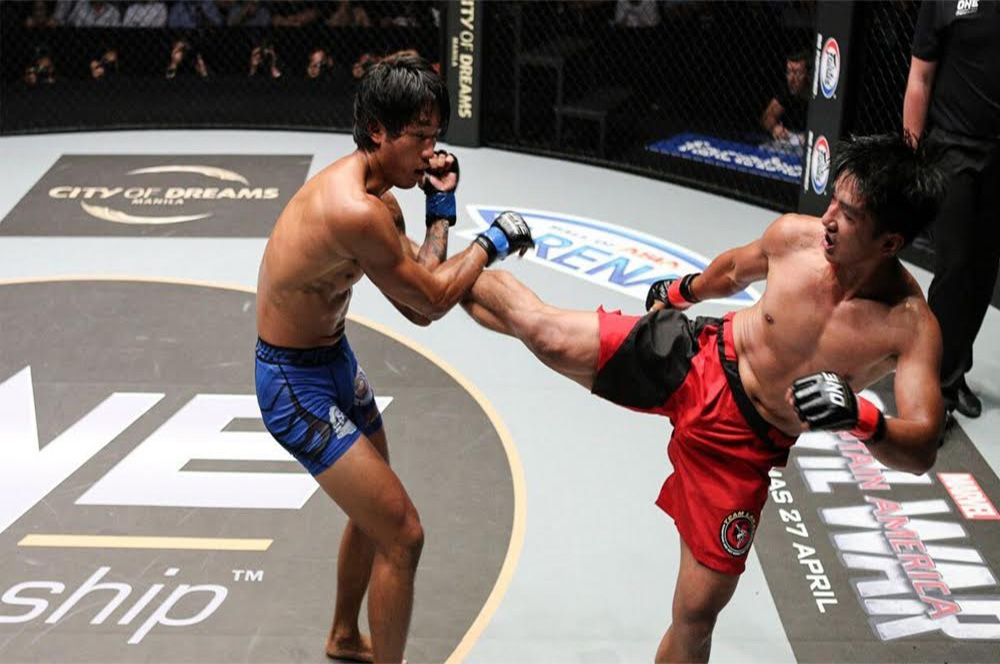 Even though Geje “Gravity” Eustaquio is coming off a disappointing setback and facing a familiar foe as he makes his return to the ONE Championship cage, the celebrated Filipino martial artist remains optimistic that he will have his hand raised in triumph.

Eustaquio faces fierce Thai rival Anatpong “Mak” Bunrad on the undercard of ONE: DYNASTY OF HEROES, which takes place at the 12,000-seater Singapore Indoor Stadium in Kallang, Singapore on Friday, 26 May.

The 28-year-old Baguio City native first crossed paths with Bunrad in April 2015 at ONE: VALOR OF CHAMPIONS, where the latter took a razor-thin split decision victory.

Although he is fresh from a first-round submission loss to Finnish submission specialist Toni Tauru this past December, Eustaquio has no doubt that he could settle the score following a controversial split decision in favor of Bunrad when they first met two years ago.

“My first fight against him served as a big lesson. It’s my duty to learn from my mistakes and improve to become a better martial artist. I know what I am capable of. I can’t wait to showcase my talent this coming May 26,” he said.

“Singapore, be ready. I am bringing the fireworks to you,” Eustaquio added.

Eustaquio promises a new and improved version of himself when he steps inside the ONE Championship cage against Bunrad.

“There is always a room for improvement. I sensed the urgency to improve my skills and arsenal further after the fight against Toni Tauru. This time, we enhanced timing and precision. We added speed as well as proper executions of game plan,” he shared.

Although he expects that Bunrad will stand and bang with him in their three-round flyweight encounter, Eustaquio asserted that he made sure to fine-tune his ground game.

“My ground game is coming. My wrestling is coming. I believe if you’re going to compare it with others, it’s not very low in terms of performance in wrestling or grappling,” he said. “Honestly speaking, I am not that far behind.”

Team Lakay head coach Mark Sangiao believes that Eustaquio is the better cage competitor than Bunrad, noting that his valued pupil has learned his lessons from his recent outing in ONE Championship.

“Skills wise, I’ve seen an improved and better Geje, as compared to two years ago when the two fighters met. So this is going to be a good fight the fans would love to see,” Sangiao guaranteed.