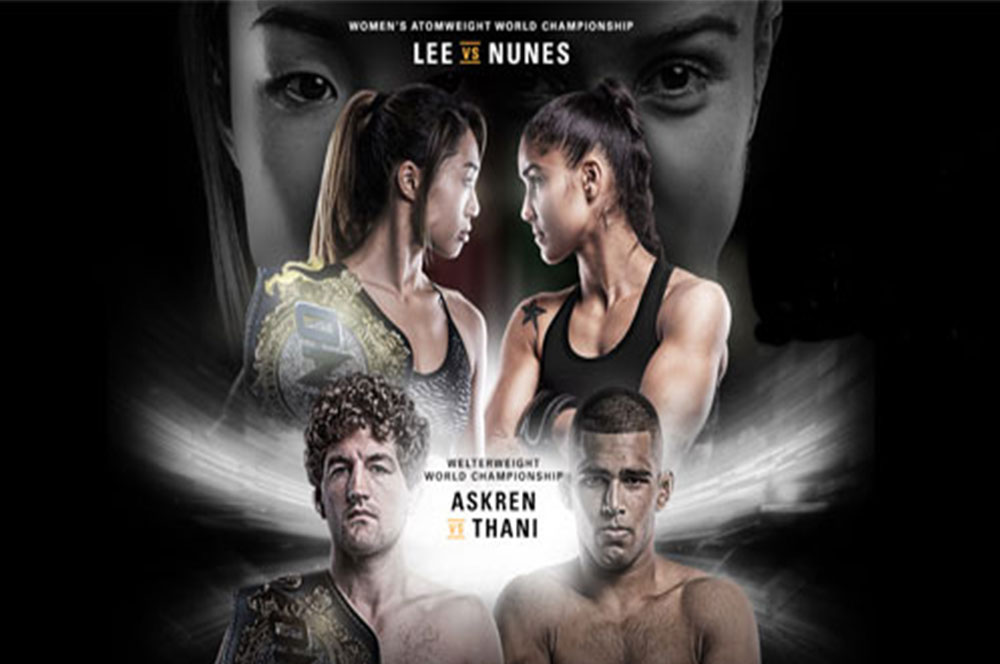 09 May 2017 – Singapore: The largest sports media property in Asian history, ONE Championship™ (ONE), has just announced two additional bouts to complete a stacked fight card at ONE: DYNASTY OF HEROES set for the Singapore Indoor Stadium this 26 May. Former world title challenger Geje “Gravity” Eustaquio of Baguio City, Philippines is scheduled for a highly-anticipated rematch against Anatpong “Mak” Bunrad of Thailand. Also, Indonesian National Grappling Champion Jeremy Meciaz makes his ONE Championship debut against Chen “Rock Man” Lei.

Ticket information for ONE: DYNASTY OF HEROES is available at www.onefc.com.

ONE: DYNASTY OF HEROES features a spectacular main event bout with ONE Women’s Atomweight World Champion “Unstoppable” Angela Lee of Singapore taking on rising star Istela Nunes of Brazil. In the co-main event of the evening, ONE Welterweight World Champion Ben “Funky” Askren returns to the ONE Championship cage to defend his title against young Malaysian welterweight standout Agilan “Alligator” Thani. All four fighters have unblemished professional records.

Flyweight competitor Geje “Gravity” Eustaquio is one of the most efficient wushu practitioners in the Philippines. His solid striking and grappling skillset has led him to big wins over the course of his career in ONE Championship. Training in the high altitudes of Baguio City, Eustaquio hones his craft with his world-class teammates at the famed Team Lakay. Known for his ability to keep his composure while facing adversity, Eustaquio is set to do battle against Anatpong Bunrad in a highly-anticipated rematch.

Anatpong Bunrad is one of the most talented offensive fighters in the promotion. He defeated highly-regarded Filipino flyweight Geje Eustaquio in their first encounter at ONE: VALOR OF CHAMPIONS in 2015, taking a razor thin split decision. Bunrad utilizes lightning quick and powerful strikes to subdue his opponents, but also possesses solid submission skills to round out his overall game. He is set to face Eustaquio once again in a rematch of their epic clash.

Unbeaten 28-year-old Chen “Rock Man” Lei of Changsha, China is a Brazilian jiu-jitsu practitioner and the Shanghai Open BJJ Champion. His ability to grapple has led Chen to four straight victories as a professional martial artist. Chen’s opponent, 25-year-old Indonesian National Grappling Champion Jeremy “Predator” Meciaz is making his professional debut. Both fighters are talented grapplers with unique styles, and are great additions to the growing ONE Championship roster. The two are set to face off on the preliminary card of ONE: DYNASTY OF HEROES at a catchweight of 69.0kg.