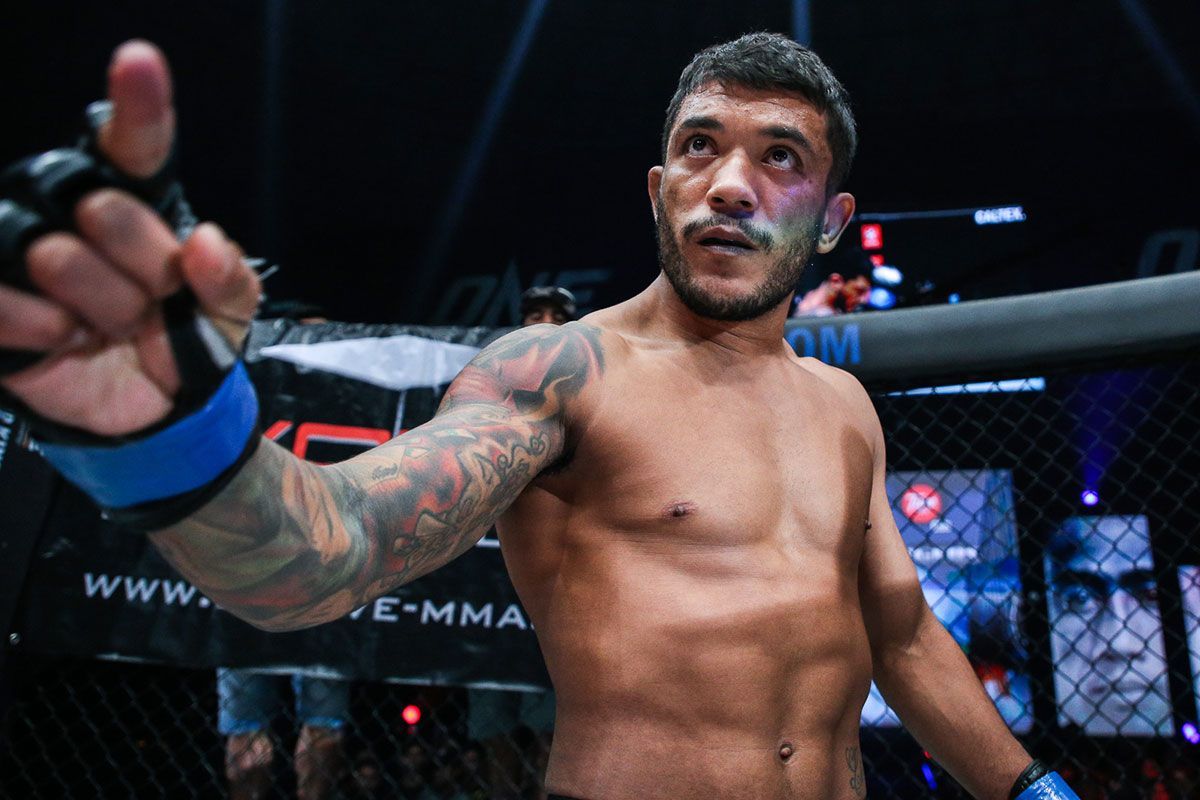 Former ONE World Champion and current #5-ranked strawweight contender Alex “Little Rock” Silva of Brazil is looking to book himself a rematch against reigning ONE Strawweight World Champion Joshua “The Passion” Pacio, should he get past his next opponent.

Silva takes on rising Japanese star Hiroba Minowa at ONE: FISTS OF FURY III, a previously recorded event from the Singapore Indoor Stadium in Singapore scheduled for broadcast this Friday, 19 March.

Silva succumbed the world title to Pacio in January of 2020, losing by closely-contested split decision after five rounds of action. Although “Little Rock” believes he won that fight, he says he’s moved on and is focused now on earning his place back at the top.

“I believe I’m one of the top guys in the division. My last fight was against Joshua [Pacio], who is the champion. Again, I say I think I won that fight. It was a very close split decision,” said Silva.

“‘Don’t leave the decision in the judges’ hands.’ That’s the biggest lesson I learned from that fight. Because from my point of view, I’m sure I won that fight. However, I respect the decision. Next time, I just have to finish.”

If Silva can get past Minowa, he could certainly make a case. The 38-year-old veteran and Copa de Mundo BJJ World Champion is known as one of the most dangerous fighters at strawweight.

“I think I deserve one more [shot at the world title],” said Silva.

Against Minowa, however, Silva may have his hands full.

Minowa was last seen in October, snatching a split decision win of his own against Pacio’s Team Lakay teammate, Lito Adiwang.

In that fight, Minowa just barely escaped the jaws of defeat as he nearly succumbed to a deep kimura in the first round. Still, the Japanese fighter showcased tremendous grappling ability to turn the tables on Adiwang and eventually take home the victory on the scorecards.

Silva studied Minowa’s most recent performance and knows what to expect against the former Shooto Champion.

“I was quite surprised, because Lito is a strong guy in the division. But he (Minowa) controlled the fight and deserved to get the win. I’m excited for the chance to test my skills against him. I believe I’m the best grappler in the division, and have everything I need to finish him. I’m going to finish him in the second round,” said Silva.

ONE: FISTS OF FURY III is the third and final installment in the “Fists of Fury” event series.