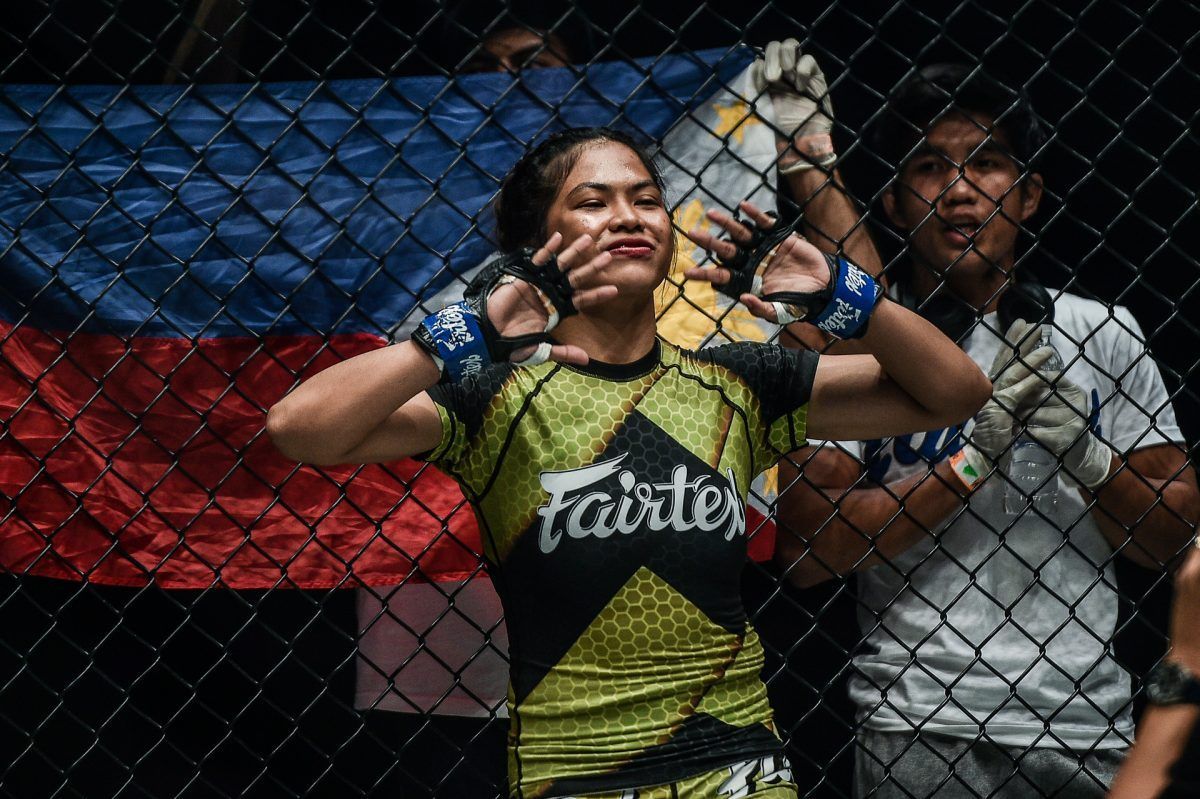 Former ONE Atomweight Kickboxing and Muay Thai World Champion Stamp Fairtex of Thailand is back in action this week, ready to resume her quest for a historic third world title, and her good friend, the Philippines’ Denice “The Menace” Zamboanga will be watching closely to cheer her on.

Stamp takes on Russian grappling specialist Alyona Rassohyna in the main event of ONE: UNBREAKABLE III, a previously recorded event from the Singapore Indoor Stadium in Singapore scheduled for global broadcast this Friday, 5 February.

Zamboanga is excited to watch Stamp perform and will be rooting for her friend.

“I honestly don't know her opponent. There are a lot of good fighters in our division that will be a good matchup for her. I think she's ready for a Top 10 opponent. That being said, I have full confidence in her abilities. Stamp is a great fighter,” said Zamboanga.

“Stamp is always hungry and trains very hard. She's gotten a whole lot better now than before, because she always has that eagerness to improve and to win.”

Zamboanga and Stamp are former teammates at the Fairtex Training Center in Pattaya, Thailand. After having trained together extensively, the two formed a very tight bond. They would often post videos on social media about their life and friendship outside of training.

Today, Zamboanga has since moved out of Fairtex and is now based out of Bangkok’s Marrok Force gym with older brother Drex Zamboanga and their friend Fritz Biagtan.

Despite the distance, Zamboanga says her friendship with Stamp has not been compromised.

“I always enjoyed how we laughed and had fun with each other during training. I miss our post-workout TikTok dances and eating lots of food together,” said Zamboanga.

Stamp surrendered both her kickboxing and Muay Thai world titles last year, in a pair of heartbreaking setbacks in the ring. However, the 23-year-old has now become fully dedicated to her mixed martial arts career, where she ranks #5 at women’s atomweight.

Zamboanga, who ranks #1 in the division, is fully confident Stamp can clinch the victory. She wishes Stamp a good outcome in the fight, and asks fans to show their support for her friend.

“I really believe Stamp will bring home the win. She looks super motivated right now, especially after her last fight. People will see a newer and better Stamp in this fight. I wish her the best, always,” said Zamboanga.

Zamboanga has remained in Bangkok since the COVID-19 pandemic caused lockdowns and forced travel restrictions in early 2020. She plans to remain in Bangkok to continue her training until it becomes viable for her to return to the Philippines.

“We miss our family and friends in the Philippines,” Zamboanga concluded. “We can’t wait to return home. But for now, we’re just working hard.”