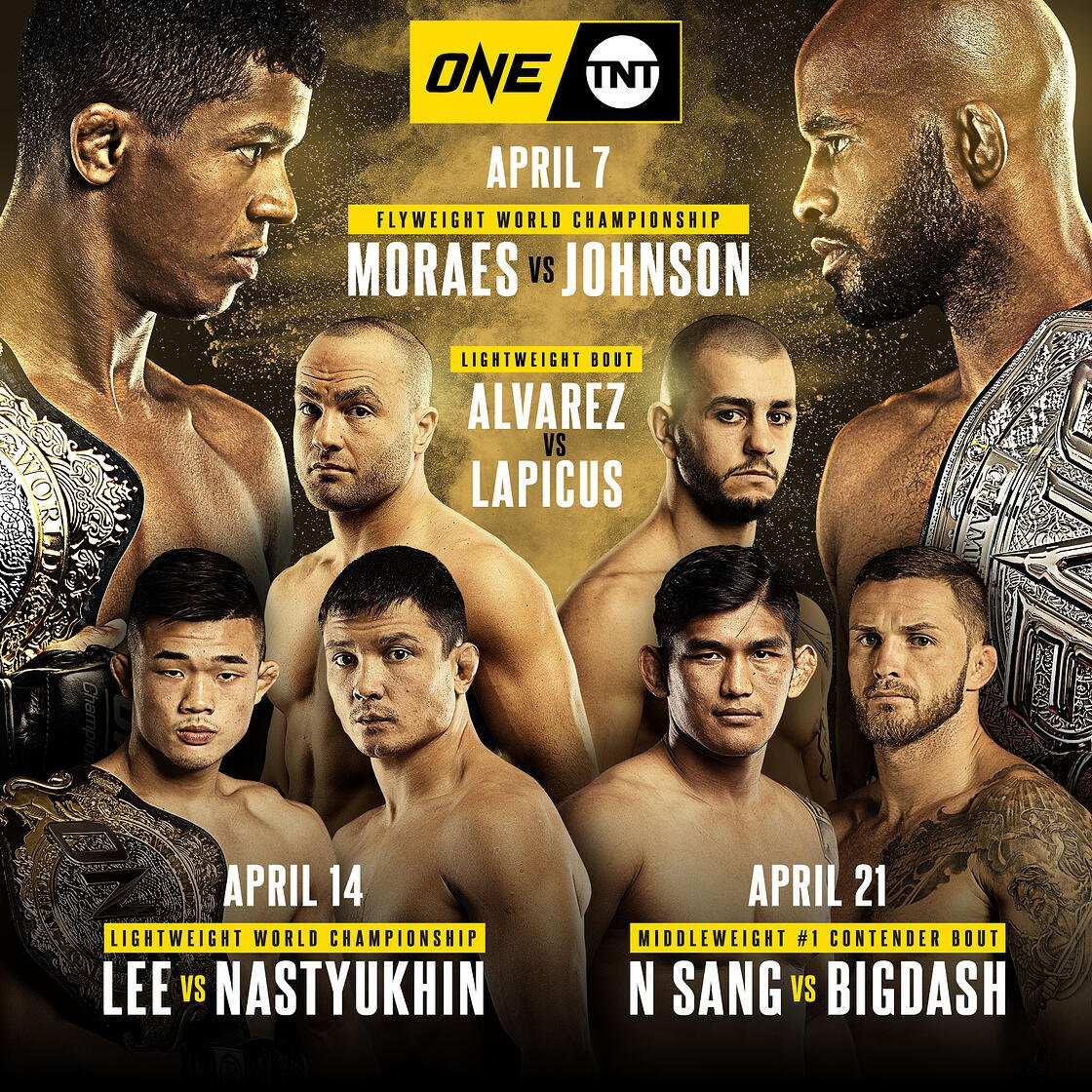 “ONE on TNT II,” airing April 14, will feature the return of reigning ONE Lightweight World Champion Christian “The Warrior” Lee, as he defends his World Title against #3-ranked lightweight contender Timofey Nastyukhin.

“ONE on TNT IV,” airing April 28, will cap off the series with more high-stakes bouts to be announced at a later date.

“ONE Championship has a passionate global fan base and this next step in our partnership elevates the exposure for its top martial arts events in the U.S,” said Tina Shah, Executive Vice President and General Manager, Turner Sports. “This multi-faceted approach combines two leading platforms in Bleacher Report and TNT as we further expand the reach of these premier events and drive additional engagement with a broader audience.”