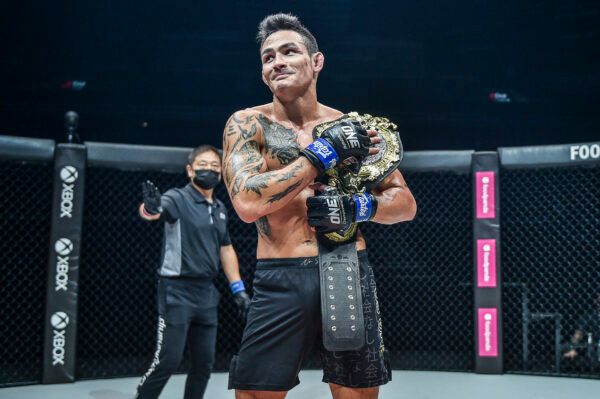 2020 has been a challenging year for everybody

Obviously, in 2020, I’m really happy because of the World Title match and to win the belt. Although I only got to fight twice, I do count that as a blessing because we still got people who haven’t fought at all this year. It’s been nice to be active, climb up the ranks, go for that title shot, and take home the belt. It was cool, to say the least.

"I don’t want to go and fight for the title if Martin has a stubbed toe. Let him rest and recover. I want the 100 percent, 110 percent Martin Nguyen. It was cool to get all this time, and I knew he had all this time to prepare". He added .

There’s no question that 2020 was a huge year for Thanh Le. The Louisiana, United States, native kicked off his campaign with a highlight-reel knockout in January and then became the featherweight king in October.

That crowning moment went down at ONE: INSIDE THE MATRIX, where Le captured the ONE Featherweight World Championship with a stunning knockout of Martin “The Situ-Asian” Nguyen. The exciting conclusion set the mixed martial arts world on fire and ushered in a new era at the Singapore Indoor Stadium.

Now that he’s sitting atop the throne, Le has a bullseye on his back. However, he’s ready to defend his belt and take on new challenges.