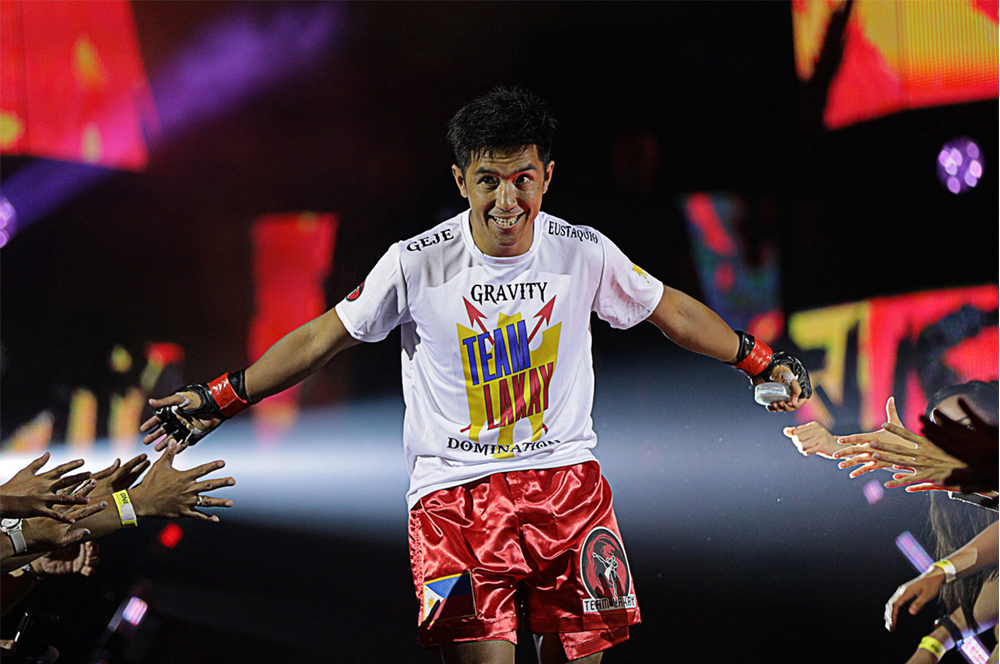 Geje Eustaquio considers himself as a fortunate individual, but he has always possessed the drive and talent to achieve all of his lofty goals.

The 28-year-old Baguio City native has capitalized on every opportunity that has come his way in his professional mixed martial arts career.

As a result, Eustaquio has a Master’s degree and is a perennial contender in ONE Championship’s talented flyweight division. 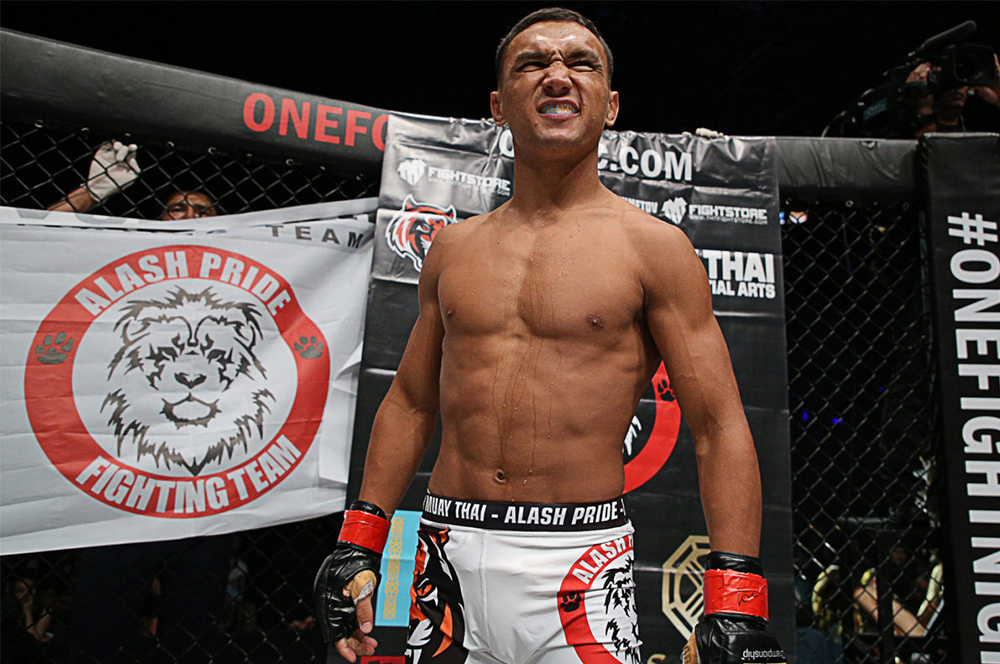 JAKARTA, Indonesia—Former ONE Flyweight World Champion Kairat Akhmetov of Kazakhstan takes on Filipino Geje “Gravity” Eustaquio in the main event of ONE: Total Victory at the Jakarta Convention Center on Sept. 16.

Akhmetov is a veteran martial artist from Almaty, Kazakhstan. In his most recent appearance inside the ONE Championship cage, Akhmetov faced divisional rival Adriano Moraes for the right to be crowned the undisputed ONE Flyweight World Champion. Akhmetov fell just short of victory, losing by unanimous decision in a close bout. 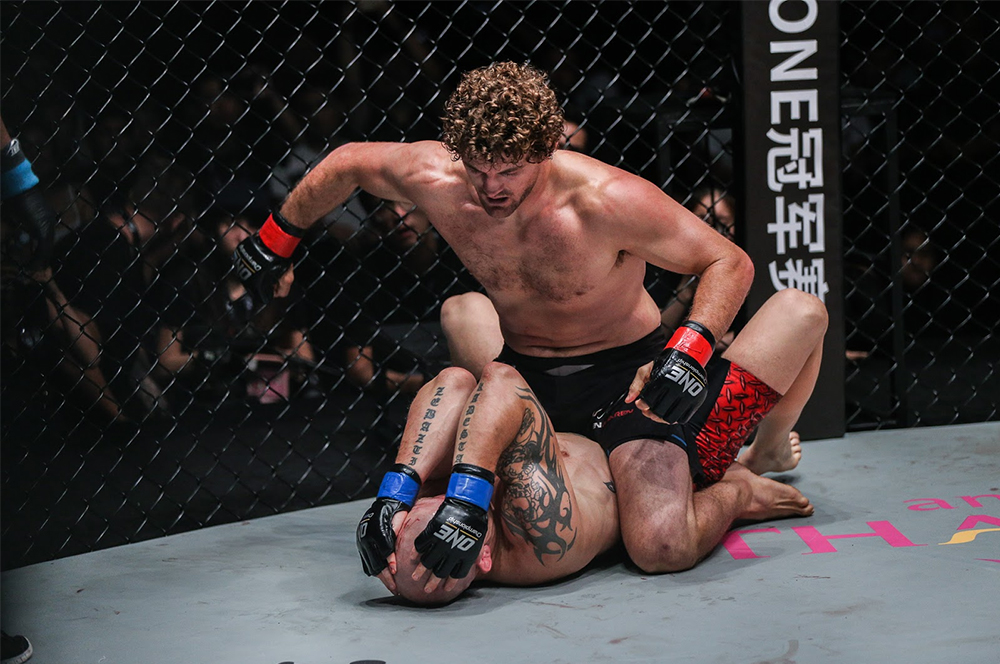 02 September 2017 – Shanghai, China: The largest sports media property in Asian history, ONE Championship™ (ONE), sent shockwaves throughout the crowd at the 15,000-seater Shanghai Oriental Sports Center in Shanghai, China with an exciting evening of world-class martial arts action. ONE CHAMPIONSHIP: SHANGHAI showcased a series of compelling bouts, punctuated by a thrilling headliner that left fans on the edge of their seats. In the main event, Ben “Funky” Askren of the United States retained the ONE Welterweight World Championship, defeating Zebaztian "The Bandit" Kadestam of Sweden. 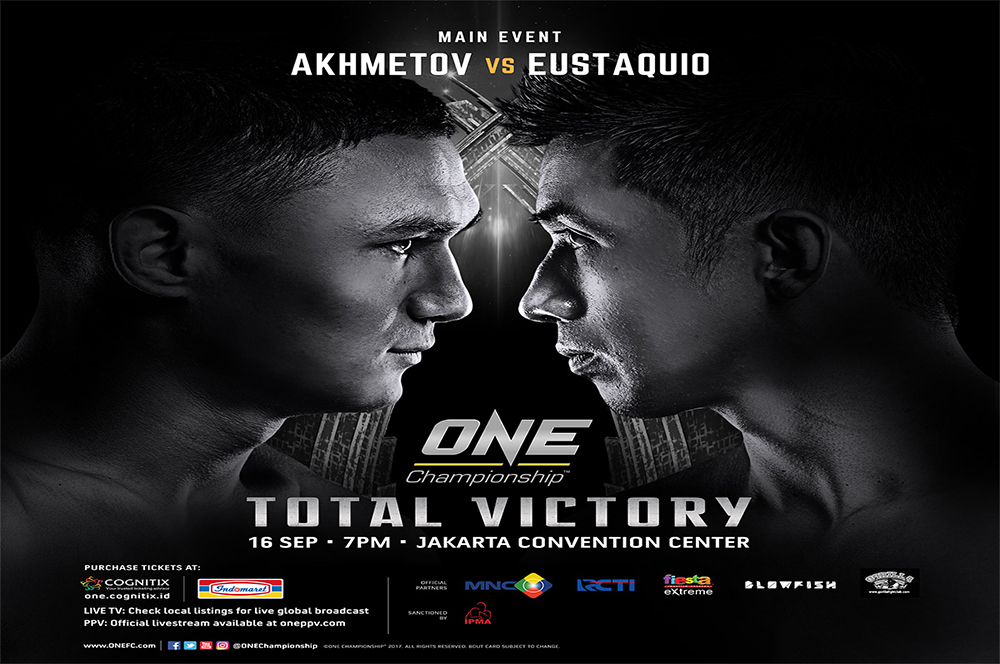 7 September 2017 – Jakarta, Indonesia: The largest sports media property in Asian history, ONE Championship™ (ONE), has just announced additional bouts for ONE: TOTAL VICTORY, set for the Jakarta Convention Center on 16 September. In the main event, former ONE Flyweight World Champion Kairat Akhmetov of Kazakhstan takes on Geje “Gravity” Eustaquio of the Philippines. In addition to the blockbuster headline bout, a series of compelling matchups have been put together featuring the absolute best in local and international martial arts talent. 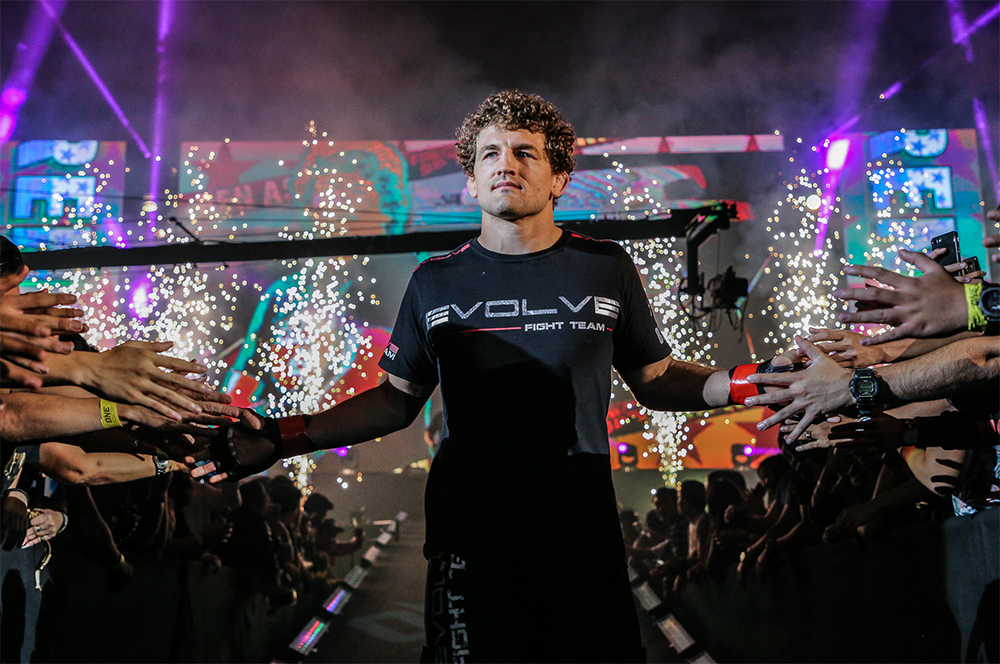 American stalwart Ben Askren needed less than four years to conquer ONE Championship and become the biggest star in the constantly-growing world of martial arts.

Known by the moniker “Funky,” Askren made an impact in his first two assignments in ONE Championship, submitting Bakhtiyar Abbasov with an arm-triangle choke in his May 2014 promotional debut before thwarting Nobutatsu Suzuki in the first round to claim the organization’s coveted welterweight crown three months later. 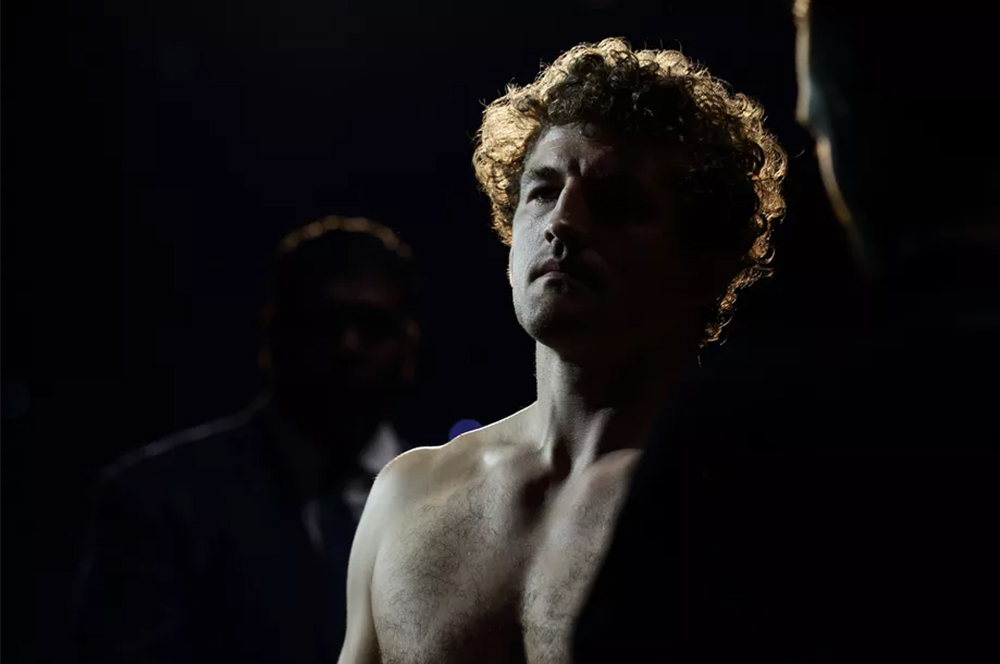 ONE Championship welterweight champion Ben Askren will be fighting his last fight against Shinya Aoki this November.

After eight years as a professional mixed martial artist, undefeated ONE Championship welterweight titleholder Ben Askren will be hanging up his gloves for good to assume a new role with the company. For the former Bellator MMA champion’s retirement fight, he is slated to face grappling whiz Shinya Aoki. 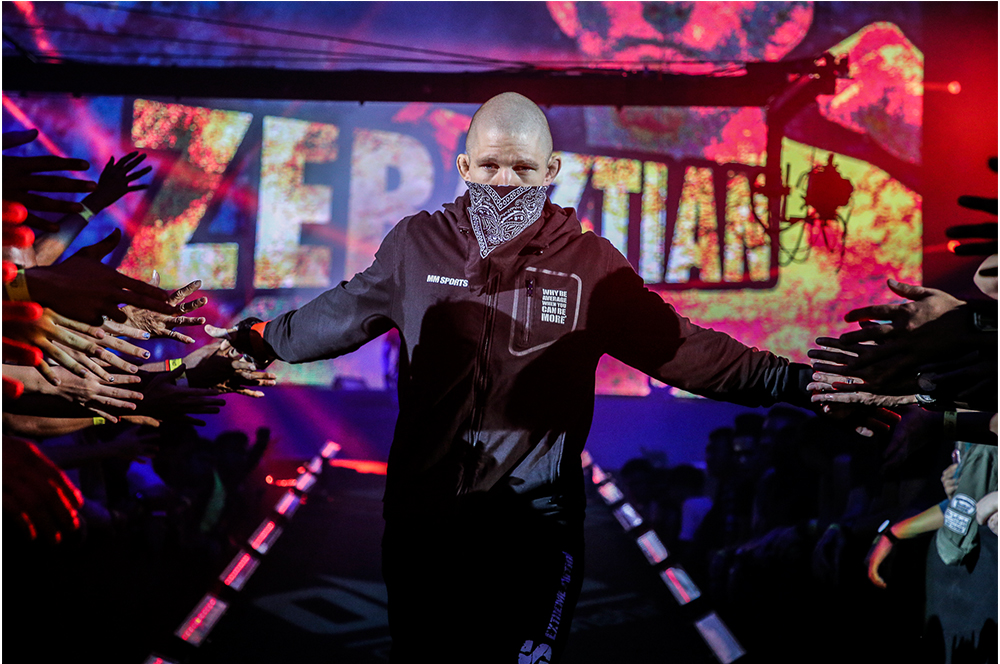 ONE Championship welterweight contender Zebaztian “The Bandit” Kadestam might have been born and raised in Stockholm, Sweden, but he found his second home 5,792 miles away from his birthplace.

With a professional record of nine wins and three losses, Kadestam believes that the well-established mixed martial arts scene in the Philippines played a pivotal role in his career and to where he is presently. 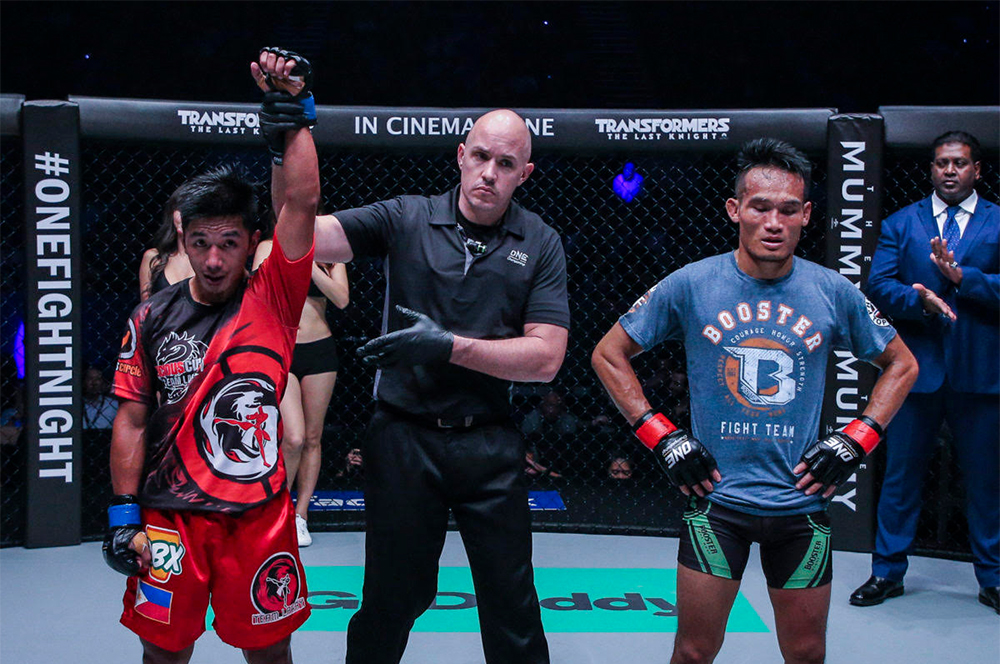 After three years of competing on the undercard portion of his last five bouts in ONE Championship, Filipino standout Geje “Gravity” Eustaquio finds his name on the top bill of the organization’s upcoming event in Jakarta, Indonesia on 16 September.

Eustaquio is set to face former flyweight kingpin Kairat “The Kazakh” Akhmetov in the main event of ONE: TOTAL VICTORY, which takes place at the Jakarta Convention Center. 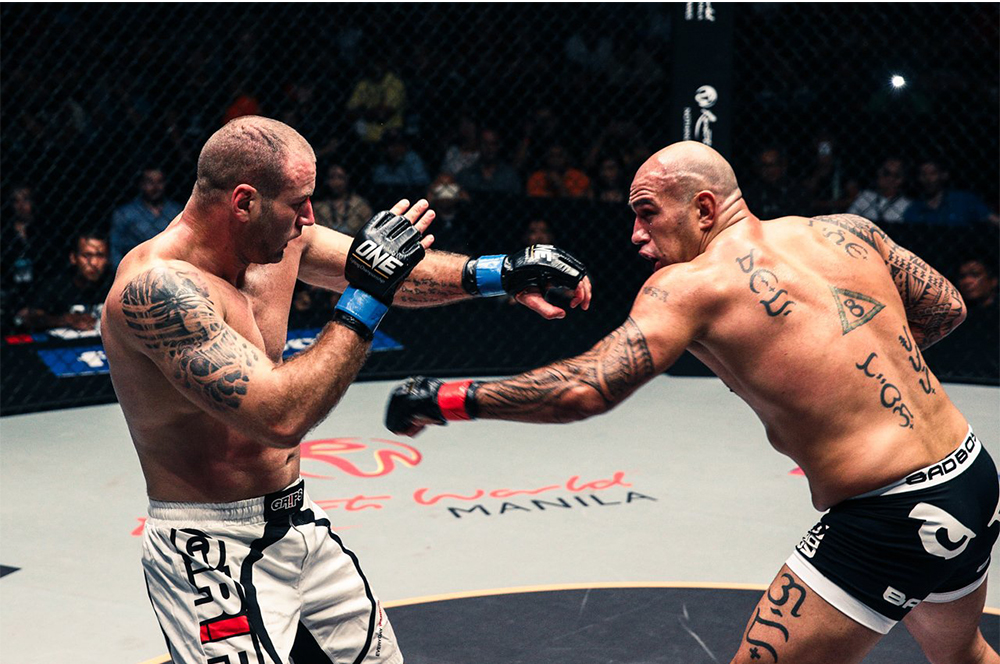 ONE Championship is ensuring a festive week heading to its much-awaited inaugural card in Shanghai, China as Asia’s premier martial arts organization is bringing one of its top superstars to grace the event on 2 September.

Filipino-American sensation Brandon “The Truth” Vera, who is the reigning ONE Heavyweight Word Champion, will be making a special appearance during the event week of ONE CHAMPIONSHIP: SHANGHAI.