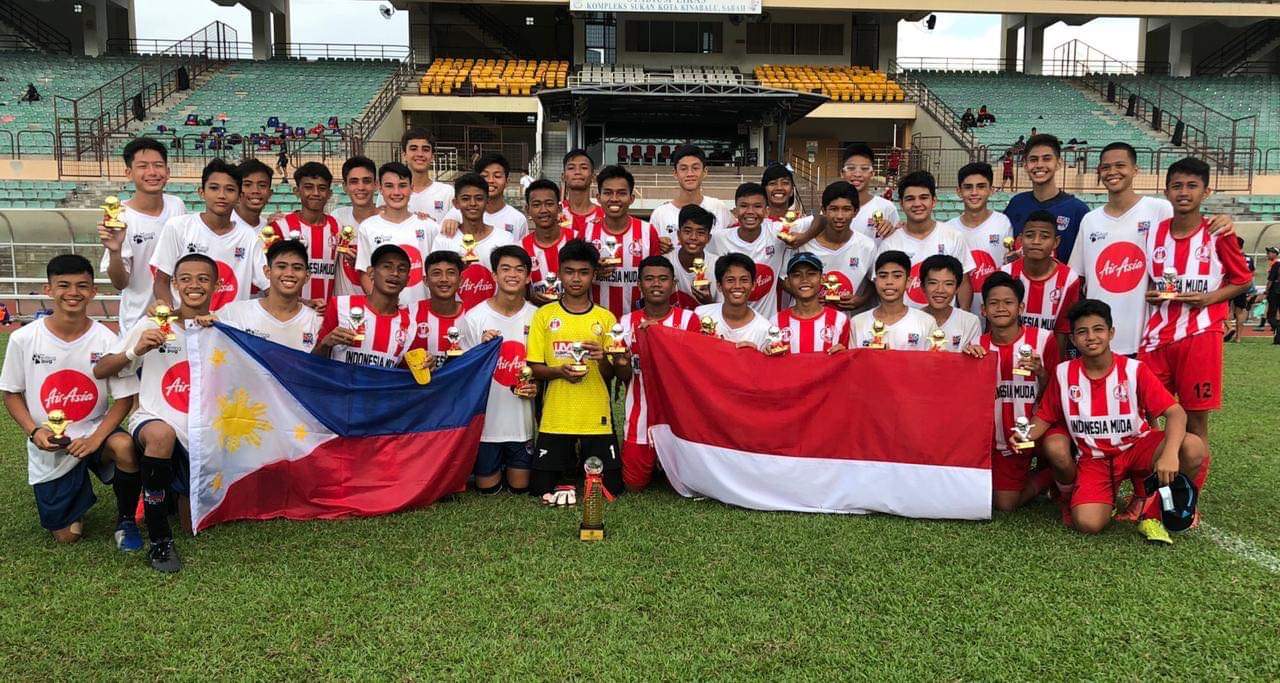 MAKATI FC's boys under-15 squad nipped Indonesia Muda via penalties after a scoreless draw to annex the championship in the 2019 Malaysia Borneo Football Cup Thursday in Kota Kinabalu, Sabah.
The final went to a sudden death penalty shootout after goalkeeper Alfonso Gonzalez produced a crucial save.
Josh Merinio then scored the winning penalty for Makati FC, which became the first-ever Philippine boys under-15 champion since the category was included in 2011.
“People in this competition never thought a Philippine team can win, never the less be the crowd favourites,” said SeLu Lozano, Makati FC chief executive officer.
"We are focused with our goal on changing the perspective of how football is seen. We continue to dream and having this win gives our athletes something tangible to hold on to and believe in," he added.
Prior to winning the crown, Makati FC topped its pool with 10 points, beating Smk Kinarut Malaysia, 7-1, Malaya FC Philippines, 2-0, and Smk Beluran Malaysia, 2-0. Makati FC's draw came against Indonesia Muda in a goalless stalemate.
The competition is a Tier 3 AFC-sanctioned international youth tournament, where Makati FC's also fielded teams in the boys under-14 (born 2005 or after) and boys under-13 (born 2006).
Tomas Lozano, SeLu Lozano, Richard Leyble, Paul Joseph Espinosa and Nii Aryee Ayi led the Borneo Cup delegation.
After the Borneo Cup, Makati FC will join in youth tournaments in Japan for the Japan Invitational on Oct. 28 - Nov. 1, Singapore for the Singapore Cup on Nov. 3-7 and in Thailand for the Bangkok 7s on Nov. 29-Dec. 1.