ROS clinches no. 1 spot with win over Meralco 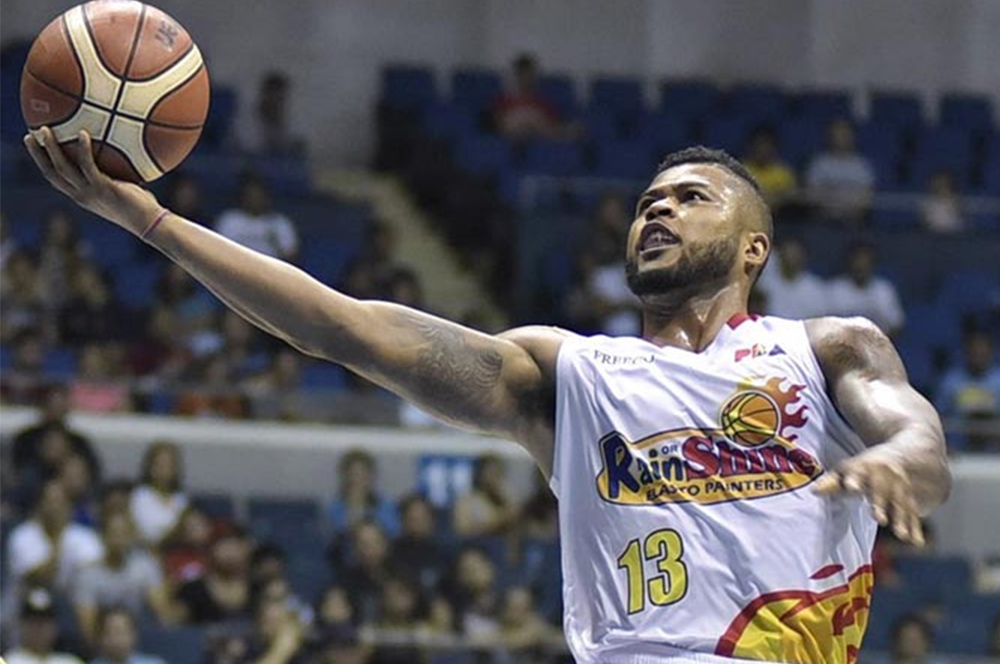 THE Rain or Shine (ROS) Elasto Painters are already assured of finishing at no. 1 at the end of the elimination round of the Philippine Basketball Association (PBA) Commissioner’s Cup after securing their ninth win in 10 matches with a 106-99 overtime victory over the Meralco Bolts on Sunday at the Smart Araneta Coliseum.

Needing to win to formalize their claim of the top spot, the Elasto Painters had to dig deep to notch the win in the face of a gallant and resilient challenge from the Bolts.

The victory earned for Rain or Shine the twice-to-beat incentive in the quarterfinals of the midseason PBA tournament as it battles the no. 8 team in the next round.

Waxing hot from beyond the arc, the Elasto Painters got off to a strong start, taking a 21-9 lead in the first six minutes of the opening quarter.

Rain or Shine eventually survived the charge back by Meralco to hold a slim 28-27 lead in the end.

The two teams jostled in the early part of the second canto, fighting to a 37-36 count in the opening minutes before Maverick Ahanmisi took the lead in a Rain or Shine breakway.

From a one-point lead, the Elasto Painters built a 13-pont cushion, 64-51, as the quarter ended.

In the third period, Rain or Shine took off from the momentum it built to finish off the second frame, outscoring Meralco, 9-4, to build its biggest lead of 18 points, 73-55, with 8:32 on the clock.

Baser Amer, however, would not allow the Bolts to go deeper than that, leading a ferocious rally to tie the count at 80-all at the 1:25 mark of the third.

Rain or Shine when the smoke cleared in the period held an 84-81 lead.

With the outcome of the match very much open, the protagonists went back and forth to start the final quarter.

A Chris Tiu basket made it 96-94 for the Elasto Painters at the 4:15 mark before Mr. Amer leveled the count anew at 96-all two minutes later.

The teams had several chances to go ahead after but had a hard time punching through, sending the game into overtime.

In the extra period, import Reggie Johnson took charge, scoring the first five points of Rain or Shine to help his team to a 101-98 lead entering the last two teams.

The Elasto Painters continued to hold sway, 102-99, a minute later.

Meralco tried to level count with a three-point attempt by Chris Newsome with 30 seconds to go but missed.

“It was a great team win. Everybody stepped up. This is a big win because now we can concentrate on the playoffs,” said Mr. Johnson after the win.