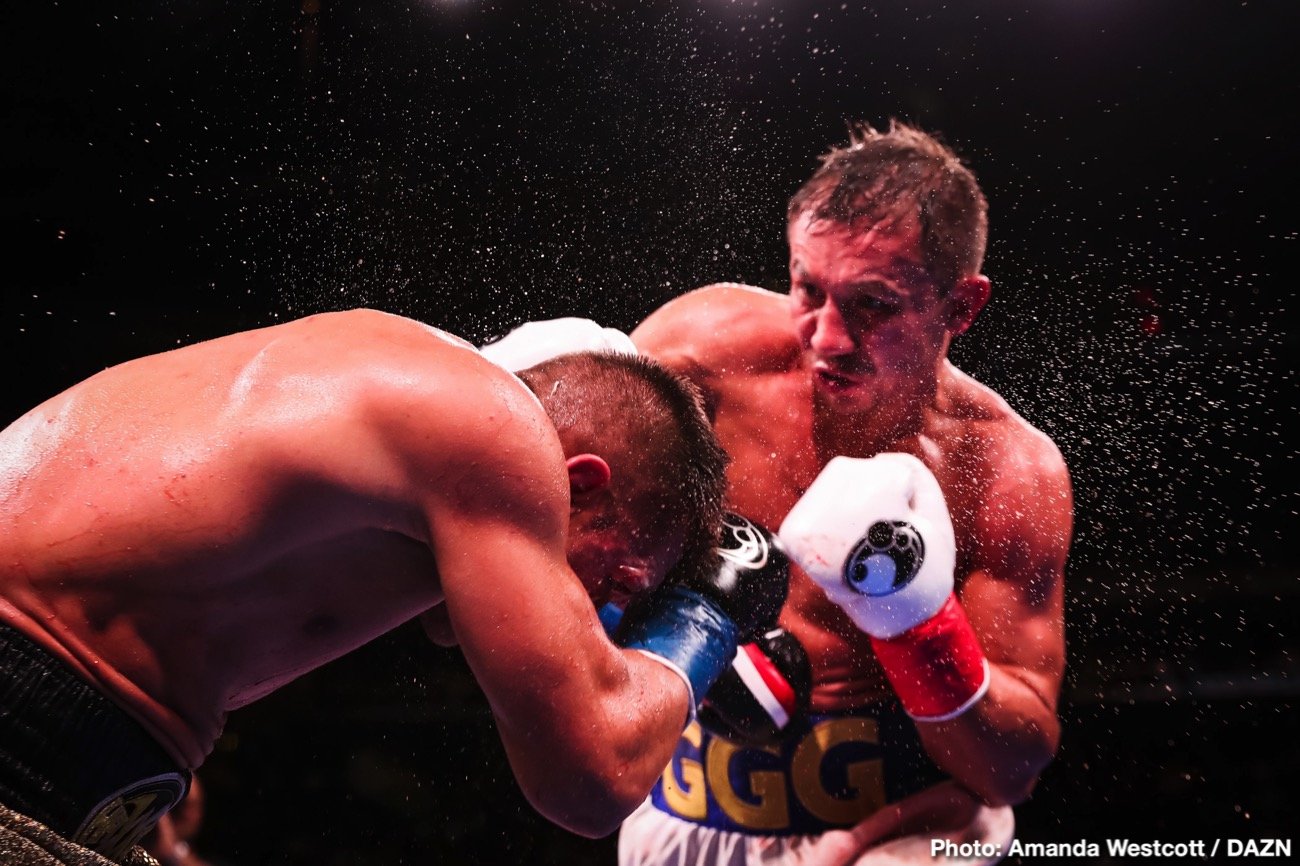 Originally, Golovkin was supposed to be defending against the unbeaten Szeremeta (21-0, 5 KOs) on February 29, and then that was moved to March 28 in Chicago and now finally mid-April. It’s obviously not a good sign that GGG’s fight against Szeremeta is having a problem finding a date and location.

This is a big disappointment for Golovkin’s boxing fans to have to wait until April to see him fight again, as they were counting on seeing him in February. Also, there’s not a high degree of interest from fans in seeing Golovkin face Szeremeta.

The overall opinion by fans is they’d rather Golovkin vacate his IBF belt. With Golovkin shed of the anchor-like IBF strap he could go after more meaningful fights against Demetrius Andrade, Jermall Charlo, David Benavidez, Caleb Plant or Callum Smith. Those are just a small handful of fights fans would prefer to see Golovkin take rather than Szeremeta.

GGG fighting in Kazakhstan for second time in career
The only time in Golovkin’s 14-year professional career he fought in Kazakhstan was his fight against Nilson Julio Tapia in December 2010. Golovkin destroyed Tapia in a third round knockout. Since 2012, Golovkin has mostly been fighting in the U.S.

GGG is coming off of a hard fight against Sergiy Derevyanchenko four months ago on October 5 at Madison Square Garden in New York. Golovkin (40-1-1, 35 KOs) narrowly defeated Derevyanchenko (13-2, 10 KOs) by a 12 round unanimous decision to win the vacant International Boxing Federation middleweight title that had been stripped from Canelo Alvarez. The scores were 115-112, 115-112, and 114-113.

The fans at ringside that night weren’t happy with GGG getting the nod, even though they came their specifically to see him fight. They still weren’t happy at seeing Golovkin win a decision that they believed that he didn’t deserve, and they let him know about it by booing.

GGG’s apparently weren’t already looking ahead to the fight with Szeremeta, as they had him on the undercard on the Golovkin-Derevyanchenko card. Szeremeta, who is not known for his power, destroyed Oscar Cortes (27-5, 14 KOs) in a 2nd round knockout.

Golovkin facing Szeremeta early
In an odd move, Golovkin’s management chose to have him get the mandatory defense out of the way against Szeremeta, even though the IBF haven’t ordered the fight. It’s possible that Golovkin’s team wants to make sure that he gets the mandatory out of the way so that he’s freed up to face Canelo Alvarez later this year in September.
At this point, Canelo will likely face Golovkin this year even if he didn’t possess the IBF title, but it looks like Team GGG is making sure that they have the belt insurance in case. Recently, Canelo had said that Golovkin needed a title for him to want to bother with a third fight against him. Golovkin now holds the IBF strap, so Canelo won’t be able to dismiss a third fight with him over him being belt-less.

Szeremeta seen as a tune-up level fight by fans

Golovkin will be turning 38 in April, and it’s important that he makes each fight count. Not too many people want to see him wasting fights against the likes of Szeremeta and Steve Rolls, but that’s what he’s doing.
The fans want to see Golovkin maximizing the time that he has left in his career by fighting the next, and they don’t see Szeremeta as fitting that description. It’s unknown what DAZN feels about Golovkin using his valuable fights on his contract with them facing the likes of Szeremeta and Rolls rather than the talented fighters.