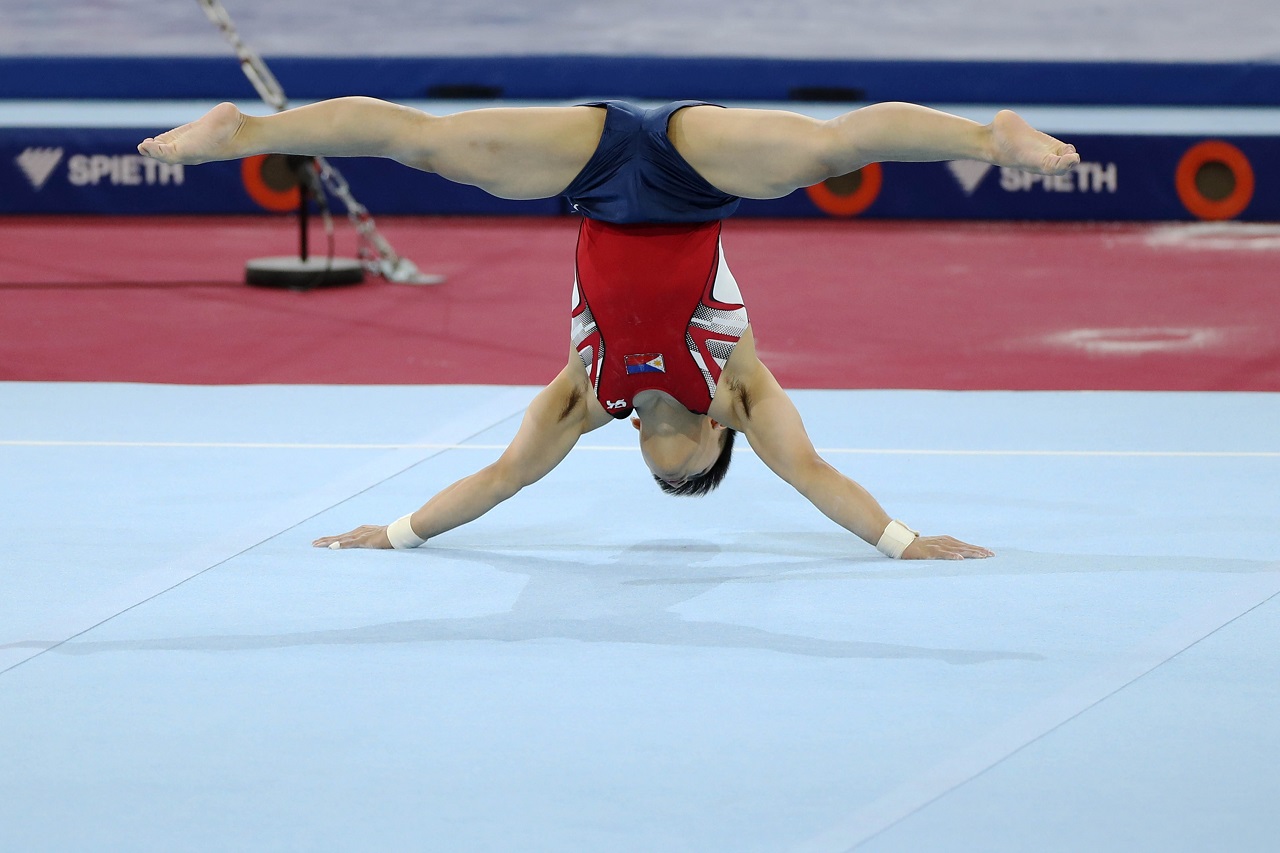 Relieved of the pressure of having to qualify for the 2020 Tokyo Olympics, Yulo displayed poise and elan in scoring a personal best of 84.048 points over the six apparatuses for another gymnastics milestone for the Philippines in the hotly-contested event.

In a riveting duel between two Russians, Nikita Nagornyy scored 88.772 points to dethrone defending champion Artur Dalaloyan (87.165) for the all-around gold while Ukraine’s Oleg Verniaev (86.973) settled for bronze in front of an animated crowd of 14,000 at the 15,000-seat arena.

Had he not qualified then, Yulo's 10th-place finish in the all-around finals guaranteed him of qualifying for Tokyo since the top 12 finishers, unless they previously qualified, would advance to next year’s Olympics.

It was also a dramatic rise in the event for Yulo, whose stint here is funded by the Philippine Sports Commission, after merely finishing 23rd out of 24 finalists with a score of 77.464 points  in the previous edition of the blue-ribbon competition held in Doha, Qatar last year.

“The performance of Caloy (Yulo’s nickname) is really outstanding considering that those in the top 10 are Russians, Chinese, Japanese and Americans, who are the best in gymnastics,” noted Gymnastics Association of the Philippines president Cynthia Carrion.

“With this kind of performance, I believe he will be able to win a medal in the floor exercise on Saturday,” added Carrion of the boy’s final event on Saturday in this annual gymnastics showcase featuring the top gymnasts worldwide winding up on Sunday.

His tally might have been higher if not for .01 penalties he incurred in the floor and vault, respectively, for slightly moving out of legal landing area.

“Yon talaga ang dapat kong mag-improve yong landing,” stressed Yulo, who is keen on surpassing his bronze-medal finish in the floor exercise at the 2018 worlds in Doha.

“Kaya po natin yon (maka-gold),” he replied confidently of his intent in his pet event that would guarantee him another platform to display his skills and talent in the quadrennial meet in Tokyo next year.