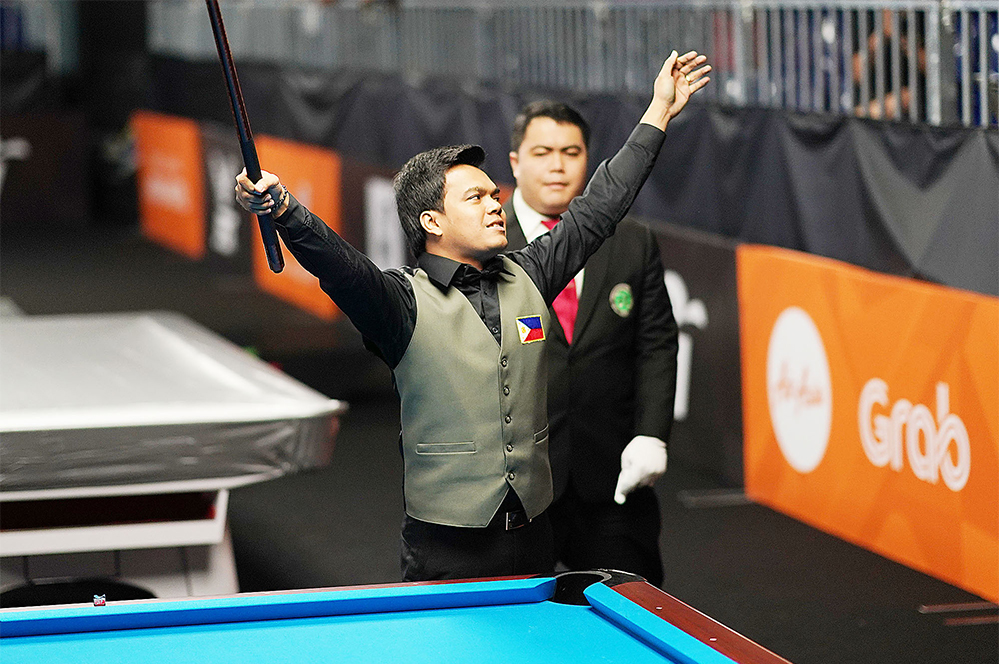 He also owes his mentors – legendary cue artists Efren “Bata” Reyes and Francisco “Django” Bustamante – for teaching him the tricks of the trade.

A champion of the World Games in Poland in July, Biado continued his winning ways when he demolished Nguyen Anh Tuan of Vietnam in the men’s singles 9-balls event to collect his second gold medal in the biennial meet.

Prior to that, he demolished Muayporn Chotipong of Thailand in the preliminaries before running over Irsal Nasution of Indonesia in the quarterfinals.

And he has his coaches to thank for.

But the battle is not yet done for Biado.

After this, he will fly to Ashgabat in Turkmenistan to compete in the Asian Indoor and Martial Arts Games.

His coaches may no longer be there, but the lessons they taught him will still remain in his heart.

Meanwhile, Nestor Colonia, bothered by a knee injury, faded in the weightlifting competition of the 29th Southeast Asian Games at the Malaysia International Trade and Exhibition Center here.

One of the country’s two weightlifters in the Rio de Janeiro Olympics last year, Colonia lifted a meager 113 kg in the snatch and 140 kg in the clean and jerk for a total of 254 kg to land fifth out of six entries.

Thach Kim Tuan, the Youth Olympics gold medalist and world record-holder in the 56 kg, lifted 120 kg in the snatch and 149 kg in clean and jerk for a total of 260 kg to retain the crown he won in the Myanmar SEA Games in 2013.