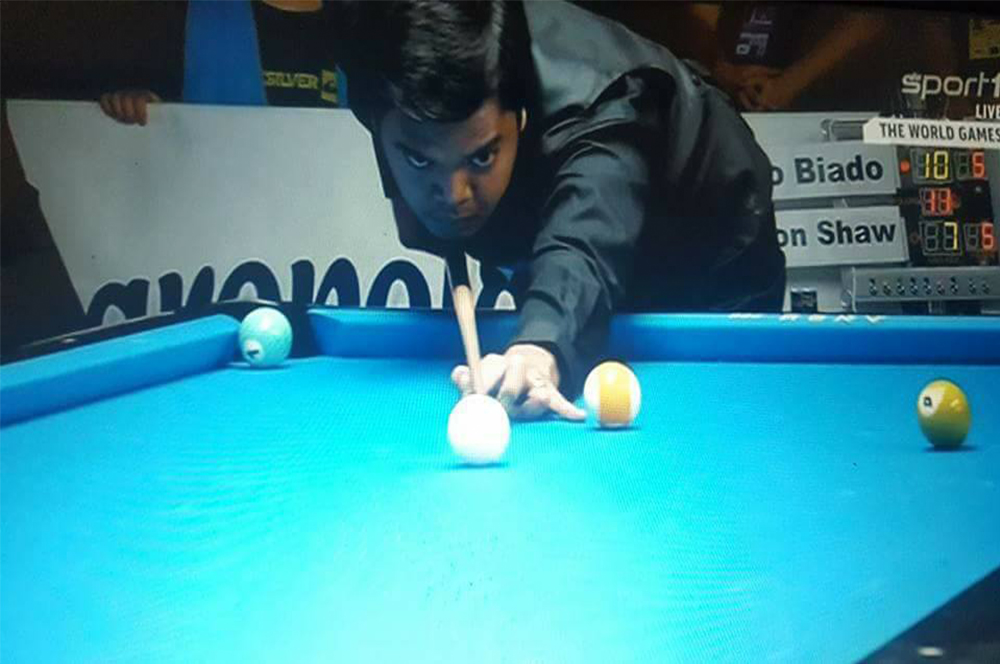 Biado tied the match at 7-all count after winning the 14th racks. Then he never looked back by taking the next five racks enroute the coveted title.

"Just finished in World Games Wroclaw 2017 as a "Gold medalist" champion in Men's 9 ball. First I just want to thank God for everything. To my family and supporters.

This is my first time to play in World Games and Its my honor to represent our country "Philippines"," the 33-year-old San Juna, La Union native said in his facebook account.

It shall be recalled that Dennis Orcollo won bronze medal during the World men’s 9-ball in 2014 edition in Cali, Columbia.

Biado and Orcollo, both honed their skills playing the star-studded Bugsy Promotions.

On the road to the finals, Biado toppled Joshua Filler of Germany, 11-5, in the Round-of-16, Mieszko Fortunski of Poland, in the quarter-finals and Japan’s Naoyuki Oi, 11-7, in the semis to arrange a titular showdown with Shaw.

Shaw toppled Taipei’s Ko Pin-Yi, 11-6, in the other semis pairing.

Meanwhile, Filipina Chezka Luy Centeno was yielded to China’s Han Yu, 9-3, during their playoff for the bronze.