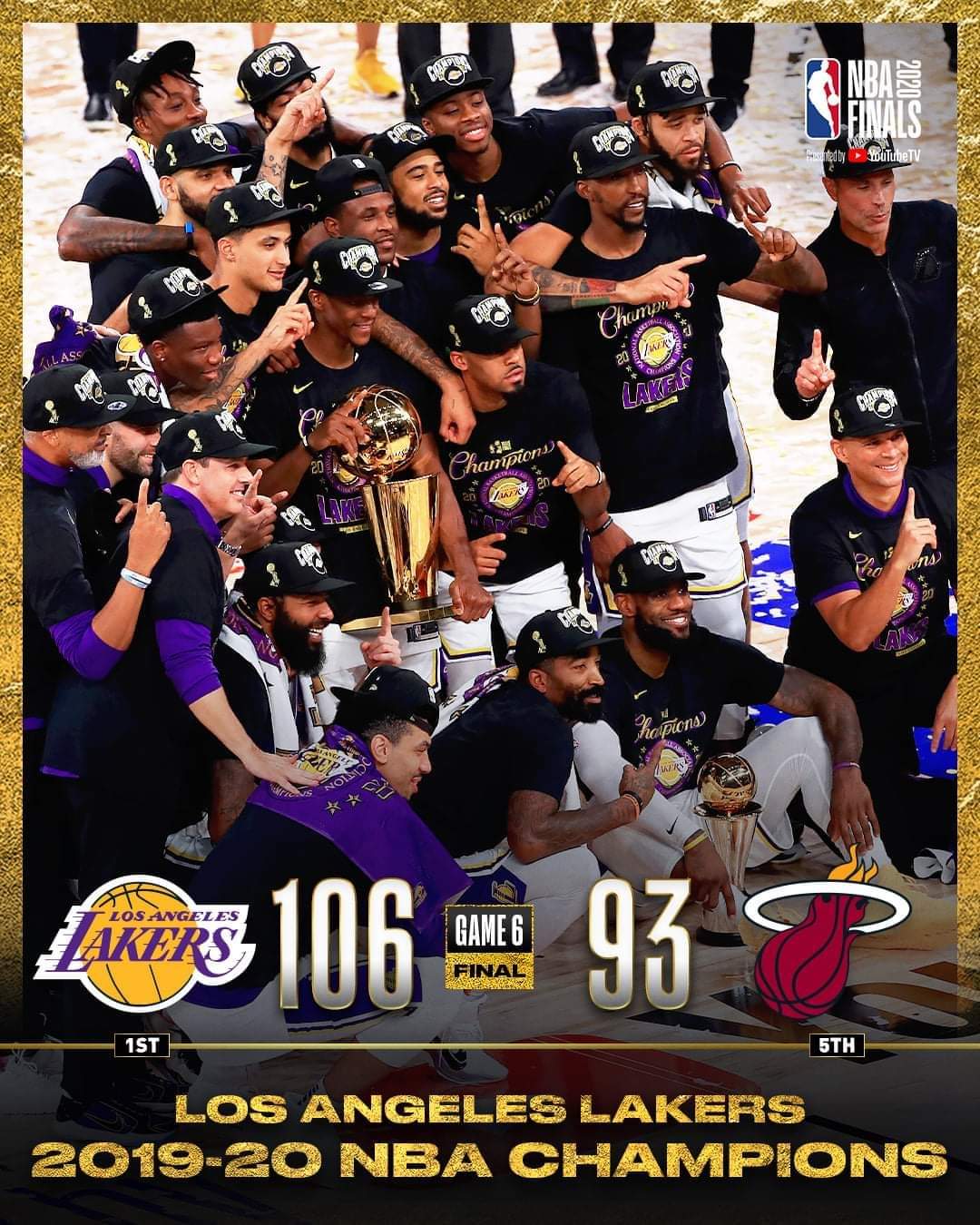 “Respect,” Davis said. “True friendship. But you’ve got to see us off the court. It’s unreal.”

They won 24 of their first 27 games. They balked at the insistence that they weren’t beating strong teams. They began waiting for each other to leave the court after games, like best friends on a playground, though they had a more serious purpose.

Police and California Highway Patrol officers shut down ramps leading to the Los Angeles downtown area after the Lakers won the NBA Finals on Sunday night.

Thousands of people gathered outside the Staples Center after the team beat the Miami Heat inside the bubble in Lake Buena Vista, Florida, created to protect players from the coronavirus.

Celebrations were mostly peaceful but some rocks and bottles were thrown at officers, KABC-TV reported. Videos posted online also showed cars doing “donuts” and fireworks being set off in the street — which is illegal without a permit, KCAL-TV reported. Witnesses told the Los Angeles Times that officers fired “beanbag rounds” at one point, which sent some people running.

A few officers on horseback worked to push the crowd away from Staples Center, where the Lakers usually play. Later in the night, the large gathering fractured into several groups, and some people were detained.

Los Angeles Mayor Eric Garcetti discouraged public gatherings to celebrate the win, instead urging fans to cheer on the team from home.

“As we cheer our @Lakers’ 17th championship, please remember it’s still not safe to gather in groups,” the mayor tweeted, in reference to the coronavirus pandemic