Heat are ailing, but insist NBA Finals vs Lakers aren't over

Heat are ailing, but insist NBA Finals vs Lakers aren't over 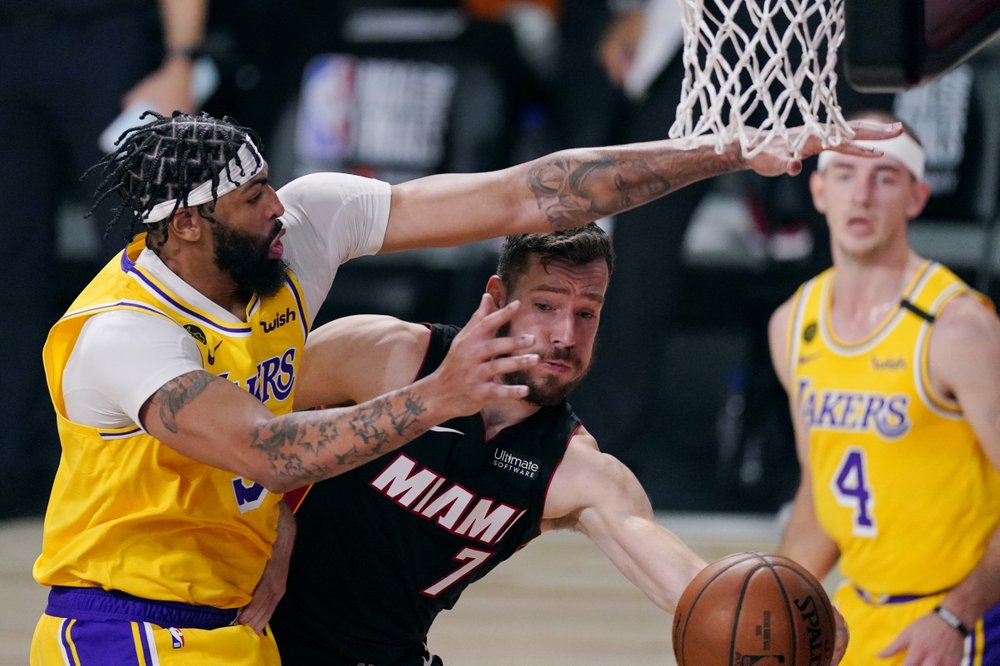 Jimmy Butler had a bandage on his right knee and a wrap on his left ankle. His team’s starting point guard and center are both doubtful to play in Game 2 of the NBA Finals. And his Miami Heat are coming off a one-sided loss to the Los Angeles Lakers.

Given all that, Butler believes a perception exists that this series is already over.

Say this for the Heat: They’re down but refuse to believe they’re anywhere near out. Game 2 of the finals is Friday night, with Miami bracing to be without point guard Goran Dragic because of a torn left plantar fascia and All-Star Bam Adebayo due to a newly diagnosed neck injury on top of his ongoing shoulder issues.

“When it rains, it pours,” said Butler, who’ll play through a sore ankle in Game 2. “All in all, though, we’re still expected to win. We got here for a reason. We realize we belong. ... Obviously, we definitely need those two guys, don’t get me wrong. But I’ve always said, next man up when a man goes down.”

That, combined with Miami’s injury problems, sure seems to indicate that the Lakers have full control of this matchup. Dragic had been Miami’s leading scorer in the first three playoff rounds. Adebayo is the team’s best rebounder and blossoming into a superstar.

Lakers coach Frank Vogel said he’ll plan for Dragic and Adebayo to play. But even if they can’t go, Vogel said Miami’s fourth-quarter lineup from Game 1 — a group that included Kendrick Nunn and Kelly Olynyk, both of whom would see much bigger roles if Dragic and Adebayo are out — presented some challenges.