Denver’s resilience past Clippers to force a Game 7

Denver’s resilience past Clippers to force a Game 7 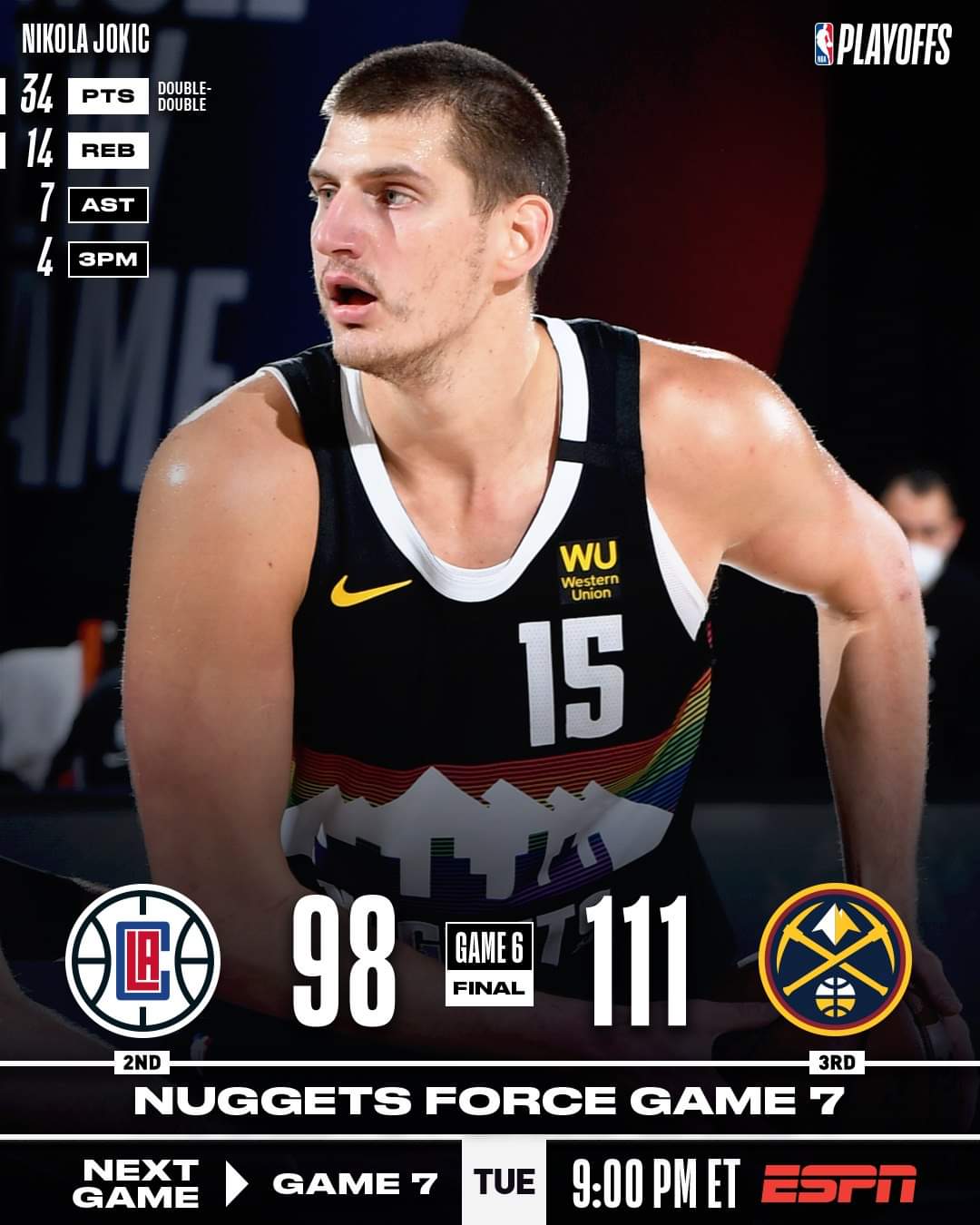 Denver head coach Mike Malone is well-aware that the NBA is expecting an all-Los Angeles matchup Conference Finals, but he and his team are not going to go down without a fight. “We’re not going home yet, we ain’t gone fishing yet,” Malone said.

Nikola Jokic totaled 34 points, 14 rebounds and seven assists, and the Denver Nuggets overcame a 19-point second-half deficit in a 111-98 victory over the Los Angeles Clippers to force a Game 7 in their Western Conference semifinal series near Orlando.

It was the Nuggets’ fifth consecutive win in an elimination game in these playoffs. They will need a sixth to advance to the conference finals.

But Denver’s resilience was present in its second consecutive furious rally after the break.

The Nuggets outscored the second-seeded Clippers 64-35 in the second half, and held Los Angeles to 26.3 percent shooting. That included a stretch of 10 consecutive Los Angeles misses in the third quarter, which helped Denver trim a 19-point deficit before taking control in the final period.