Lakers headed to the conference finals

Lakers headed to the conference finals 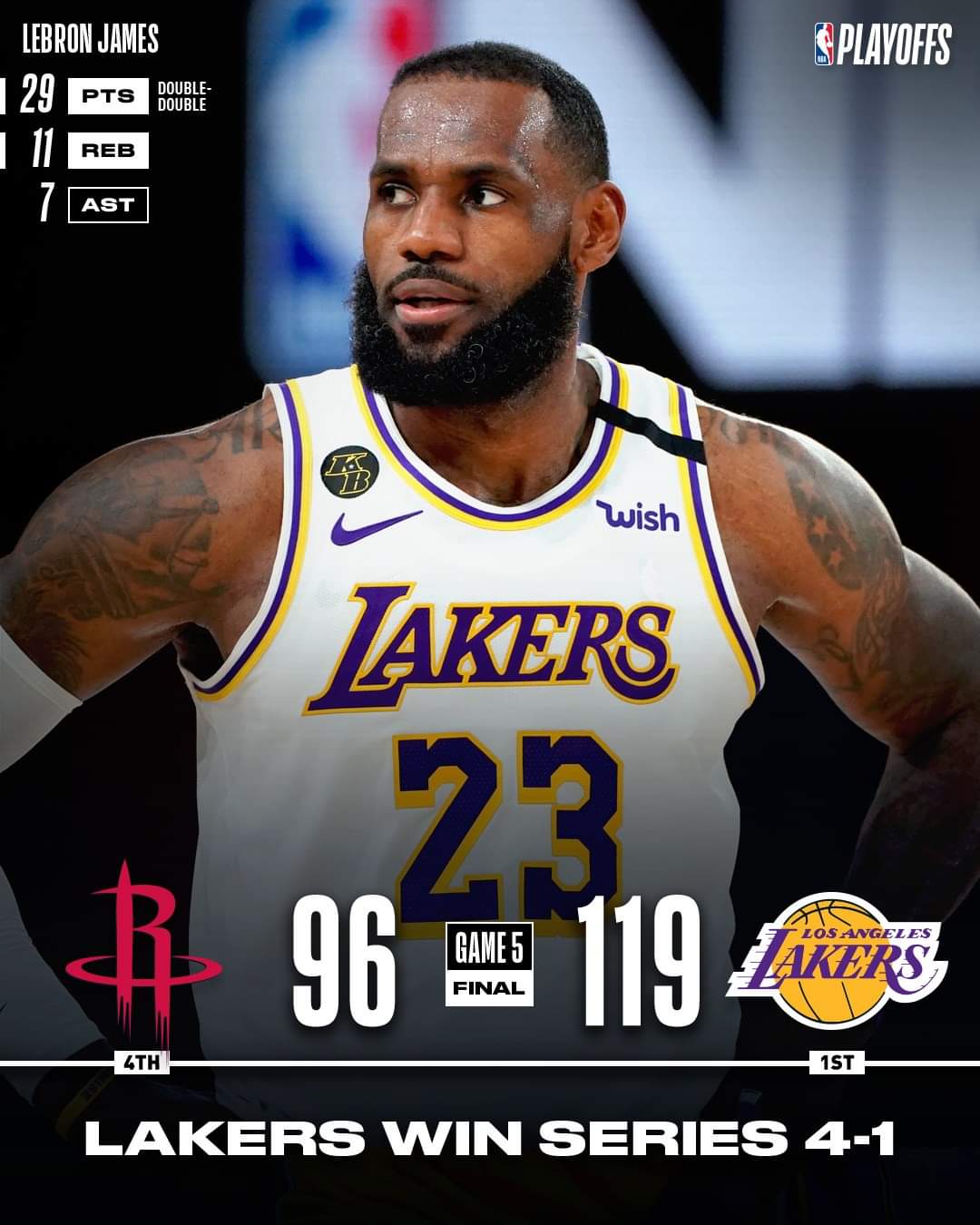 LeBron James is going there for the first time since 2018. For him, that also qualifies as ending a drought. The Los Angeles Lakers are going to the conference finals for the first time in a decade, ending the longest drought in franchise history.

James is going to the conference finals for the 11th time overall — six with Cleveland, four with Miami and now with the Lakers. It’s his ninth time getting to this round in the last 10 seasons; the one miss in that stretch was last season, when his inaugural year with the Lakers fell apart because of injury and the team missed the playoffs.

James scored 29 points and the Lakers wrapped up their first trip to the Western Conference finals since 2010 by topping the Houston Rockets 119-96 on Saturday night in Game 5 at Walt Disney World.

“It’s the reason I wanted to be a part of this franchise, to take them back to a place that they were accustomed to being — and that’s competing for a championship,” James said. “It’s an honor for me to wear the purple and gold, and for us, we just try to continue the legacy.”

Kyle Kuzma scored 17 points, Markieff Morris had 16, Danny Green added 14 and Anthony Davis finished with 13 for the top-seeded Lakers. They will play either the second-seeded Los Angeles Clippers or third-seeded Denver Nuggets for the West title in a series that won’t begin before Wednesday.