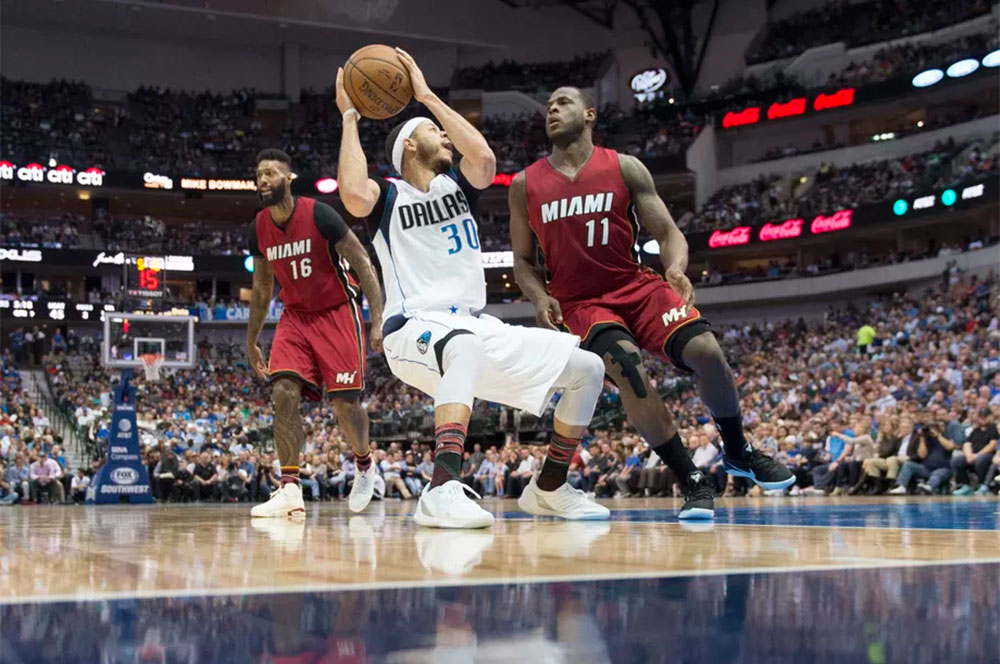 A fun night in Dallas ends with a statement victory for the young core now in place.

The Dallas Mavericks hosted the Miami Heat Monday night, and after stumbling out of the gate, the home team rebounded to take control of things for most of the second and third quarters. When the Heat surged in front late, the youthful Mavs had the answer once more, storming ahead in the final two minutes to claim the “W”.

It has been well documented how the Mavs’ season changed when Seth Curry was inserted into the starting lineup two months ago, but it appears the younger Curry has taken the next step. Not only has he established himself as a legitimate NBA player, he’s starting to emerge as a centerpiece for the future in Dallas. On a night when Steph went 0-for-11 from three, Seth poured in 29 points(nearly surpassing the career high he set just two days ago), including a pair of loooong bombs. He was 5-7 from deep overall.

If you’ve followed this team for any length of time, you are likely accustomed to Dallas featuring a heady older crew of vets and scrappy role players. Not anymore. This Maverick victory was delivered by “the kids”: Curry’s 29 led the way, Harrison Barnes added 24, and Nerlens Noel made his presence felt with 6 points(including some sexy lob finishes) and 6 boards, plus swarming defense that helped the Mavs make big stops late.

Dirty Dirk didn’t have the sweet stroke working tonight, but with this summer’s two big acquisitions carrying the offensive load, we saw the 38 year old settle into a surprising new role: traditional center(?!) Dirk had 12 boards, a block, and several nice challenges on Heat drives into the lane. He was -8 on the night, but did a respectable job given the near impossible task of trying to stop Hassan Whiteside.

What a win. This season just got really fun.