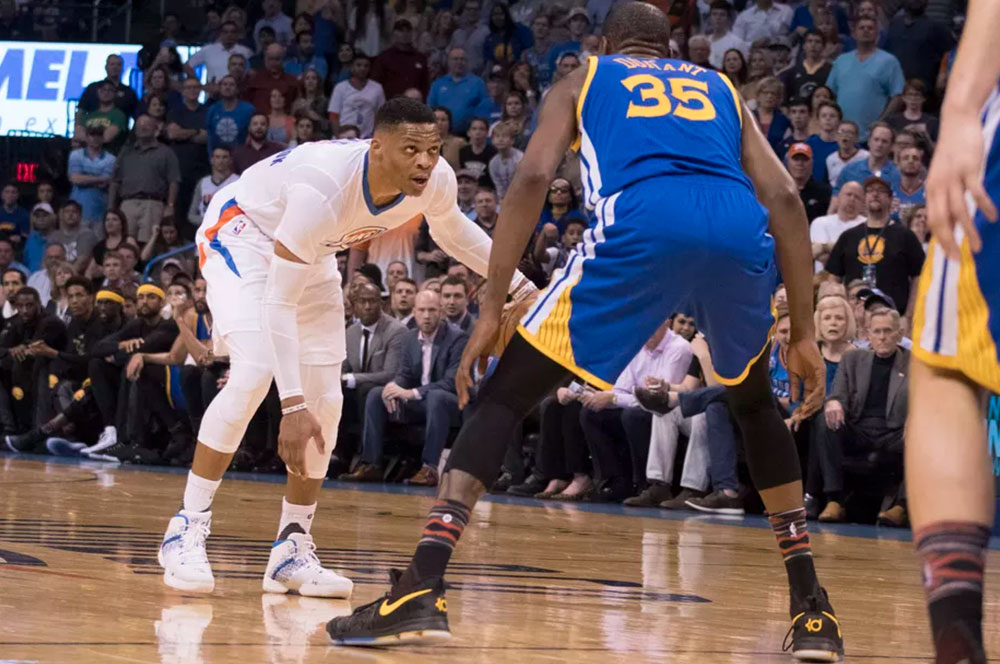 In another breathtaking performance, Russell Westbrook owned the fourth quarter to finish with a game-high 41 points. The relentless 6’3 guard added eleven assists and rebounds to garner his 29th triple-double of the season.

The Thunder is 23-6 when Westbrook attains rarefied all-around statistical dominance. Furthermore, Oklahoma City (34-25) sits nine games above .500 for the first time this year.

Overall, the Thunder used a decided 53-35 rebounding edge, and 56-40 points in the paint advantage to endure several rough patches in a contest that featured twenty lead changes.

As the honeymoon vibe has worn off following the trade for DeMarcus Cousins, the New Orleans Pelicans have lost three-consecutive contests, and now sport a 23-37 record.

Meanwhile, Oklahoma City has won three straight, and will next take the court Tuesday night vs. Northwest Division leading Utah.

Russell Westbrook: In addition to Westbrook’s triple-double, his 21 point fourth-quarter outburst sealed the deal for OKC.

Enes Kanter: After a warm-up game, he’s officially back. Kanter’s 20 points and nine rebounds served as a much-needed boost for the Thunder.

Team rebounding: The Thunder worked hard on the glass. Especially impressive was how the team limited Cousins and Davis via gang rebounding.

Team Resilience: This season’s Thunder is a tough-minded crew. Thank GM Sam Presti for putting together a rugged collection that doesn’t fold under pressure.

Lack of offensive fluidity: The Thunder assisted on just 17 of 42 made baskets.

Three-Point shooting: 6-of-21 is not an optimal connect rate.

Star of the Show

Russell Westbrook: Westbrook once again carried the Thunder to victory. Only a handful of players in modern NBA history have lifted a team to respectability the way Russell has with this Oklahoma City Thunder iteration.