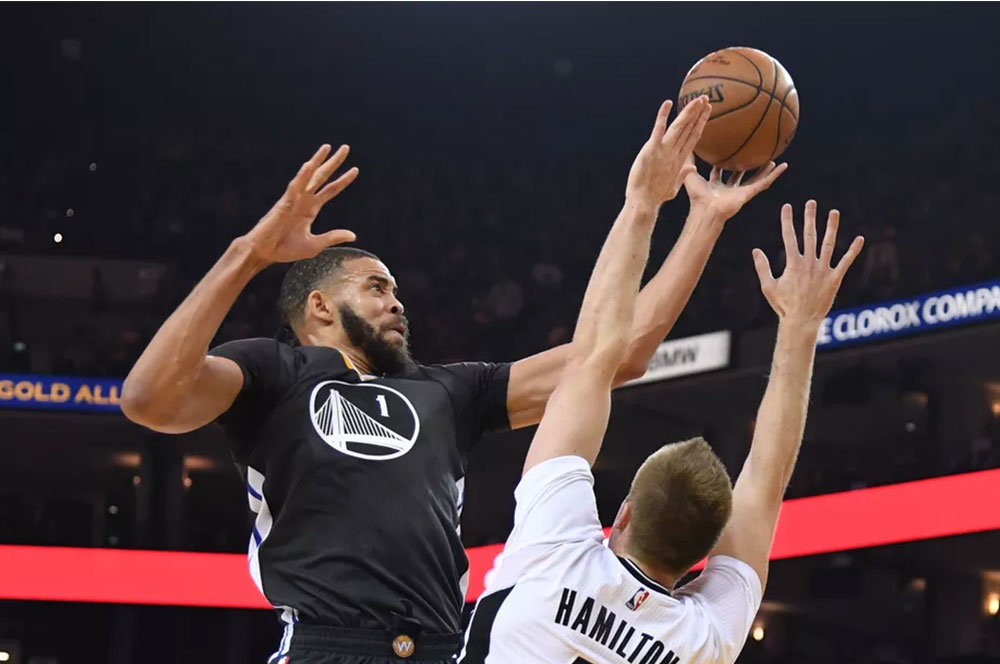 With Kevin Durant out, the Splash Brothers reigned supreme and helped lead the Warriors to their 5th consecutive playoff appearance.

In a more competitive game than I think anyone was expecting, the Golden State Warriors ultimately slammed the door on the Brooklyn Nets, winning 112-95.

This ensured that they will see the playoffs for the fifth consecutive season, becoming the fastest team in NBA history to do so.

On a night where Kevin Durant was out due to injury and Draymond Green wasn’t at his best, the rest of the squad fought hard against a spirited Nets team, who held the Warriors to a 42% field goal percentage.

It was a high energy match-up for most of the night, but the Nets eventually ran out of steam midway through the fourth quarter, as Stephen Curry came in to do what Stephen Curry does every night, try to take over the world put teams out of their misery.

The Splash Brothers were in fine form. Curry led the team on scoring with 27 points, while Klay Thompson had 24. Though their efficiency wasn’t particularly impressive, their made shots were clutch.

Curry shot a three to close the half and got a four-point play, closed out the third quarter with a cross-court layup, and with the lead in jeopardy in a stagnant stretch of the fourth quarter, put up eight points to shut the door on the Nets’ hopes of winning this one.

JaVale McGee was fired up tonight. He was greeted by a roaring Oracle crowd as he entered the game in the first quarter and made his presence known. He seemed to be everywhere, getting rebound after rebound and matching Zaza Pachulia’s nine rebounds in almost half of the playing time.

Briante Weber, still hoping for a slightly more permanent spot on the team, came in late in the game and in just over two minutes of playing time put up four points, a rebound and a steal. Unfortunately, it was announced after the game that they will not be signing him. Kerr says they’re looking for a point guard, and team sources say they are expecting to sign Jose Calderon.

During a break, Stephen Curry had the assist of the night, intervening in a fan contest to help a fan win $5,000. When asked if he got permission, Ros Gold-Onwude reported that he was told “You’re Steph Curry, you can do whatever you want.”

The Warriors continue to hold the best record in the NBA, now at 49-9, as they head out on a grueling road trip. However, with the playoffs guaranteed, the hardest part of the regular season is over and the playoffs will be here before we know it. Start working those extra jobs now, Dub Nation!