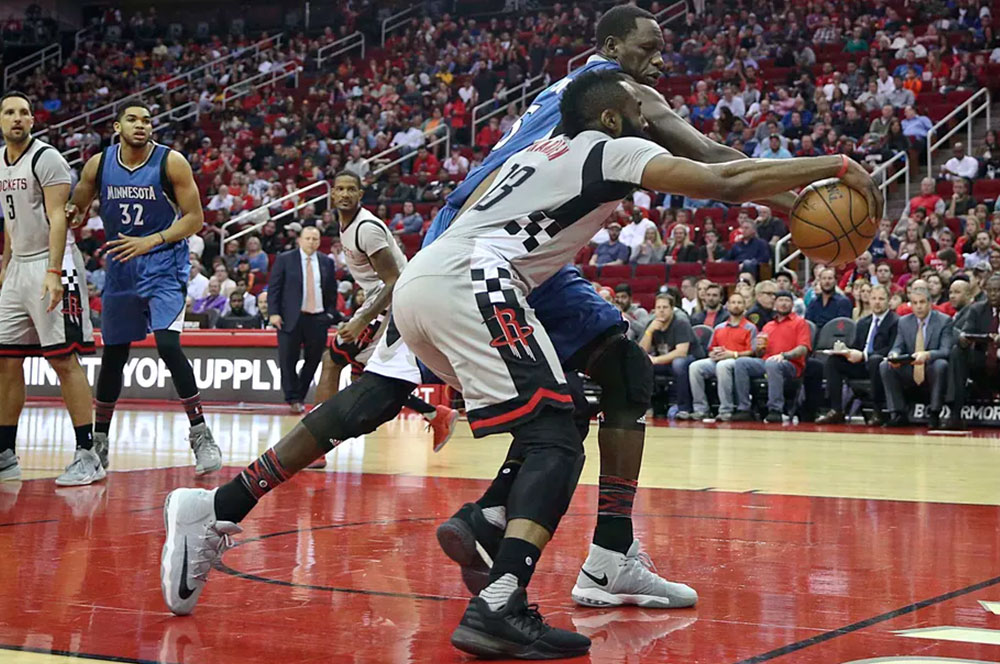 The Rockets scored 142 points, a season-high, in their win tonight vs. the Timberwolves. In their first game back at Toyota Center since the All-Star break, the Rockets had eight players score in double figures.

The team’s leading scorer tonight was James Harden, who scored 24 despite only having three in the first half. It is the 46th time Harden has lead the team in points this season, and the Rockets are 33-13 in those games. He also added a team-high 10 assists for another double-double. All five starters had at least 15 points, and Lou Williams scored 17 off the bench in his Rockets’ home debut.

The offense had a very balanced attack with 22 threes, but the defense left something to be desired. Despite scoring a season-high on offense, the Rockets also gave up a season-high 130 points on defense. The Timberwolves shot a very impressive 52 percent from the floor, and Karl-Anthony Towns had a massive night with 37 points and 22 rebounds. This game would have been a blowout had the Rockets crashed the boards a little more. Nine of Towns' 23 rebounds came on the offensive glass, and Minnesota outrebounded Houston 58-31.

This game looked like it had blowout written all over it in the first quarter as the Rockets lead in double digits early, however they always let the Wolves back in. Minnesota shrunk the lead to a single point early in the second quarter, but the Rockets responded with a 16-0 run that allowed them to keep the lead. It was the closest the Wolves got to sniffing the lead in the entire game. Houston lead by as many as 20, but the tenacious Minnesota team never gave in and they kept themselves in the game. Their 130 points were a season-high for the Wolves, but it was not enough to put away the Rockets.

Houston is now averaging 134.5 points per game since the All-Star break, and the recently-acquired Lou Williams is averaging 22 points per game in his first two games as a Rocket. Tonight, it was clear that the Rockets are still adjusting to this new 10-man rotation with new combinations that Mike D’Antoni has put on the floor. The idea of putting Patrick Beverley, Eric Gordon, and Lou Williams on the floor at the same time is a diabolical one, and it is one lethal second unit that could become increasingly dangerous in the postseason. They need to use these last six weeks in the season to adjust to these new lineups, especially with a free agent likely coming in via the buyout market.

With tonight’s win, the Rockets officially clinched a winning record for the season and improved their win total from last year, however, the schedule is about to get more difficult again. Houston’s next six games come against teams currently in the playoff picture. The first of this rigorous six-game stretch comes against the Indiana Pacers on Monday night. Tipoff is at 8:30 CT.