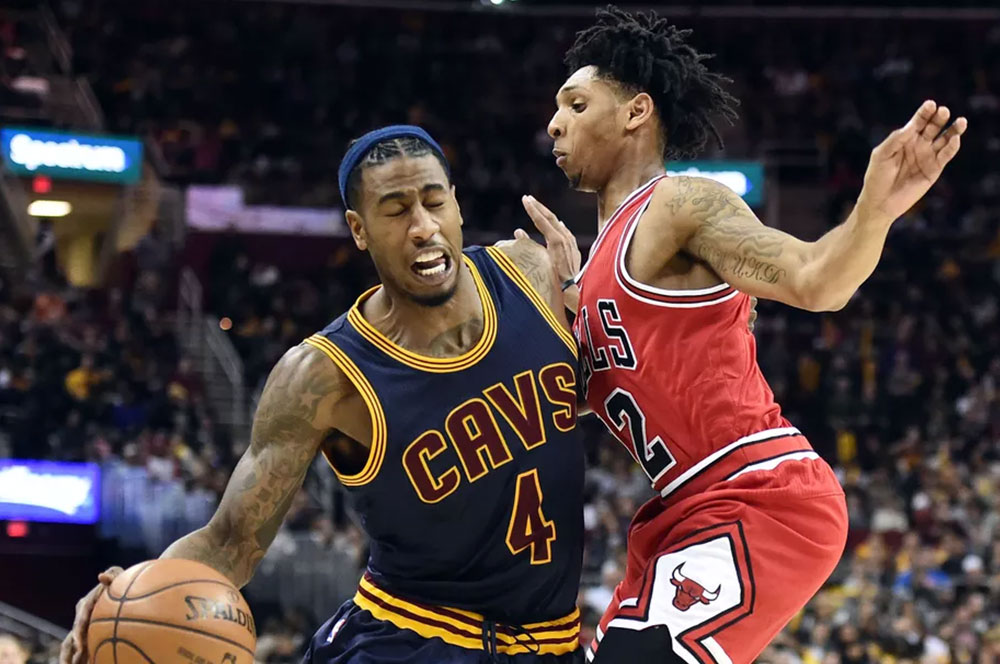 Jimmy Butler had a triple double and Dwyane Wade was a stolen-rebound-by-Felicio away from his own as well.

The Chicago Bulls went into Cleveland on the second night of a back-to-back for Saturday’s Primetime NBA game and beat the Cavaliers by a score of 117-99. Jimmy Butler dropped a 18/10/10 triple-double and Dwyane Wade himself had a statline of 20 points, 10 assists, and nine rebounds in the victory. However, the whole team turned in an excellent performance as the Bulls shot an uncharacterisitcally scorching 15-30 from beyond the arc, giving a LeBron-less Cavs team a taste of their own medicine. Cameron Payne and Joffrey Lauvergne both made their Bulls debuts as well.

The Bulls are now tied for the sixth seed in the East and will have their next game on the road at home Tuesday versus the Denver Nuggets. Vijay will have more on this game tomorrow, so be sure to save your Sunday reading for that!